It doesn’t take much for the thin-skinned, unhinged, insane alt-left to lose what’s left of its alleged collective “mind.”  On Friday, former Alaska Governor Sarah Palin issued a tweet about President Trump’s speech in Poland, which immediately triggered liberal snowflakes who think the term “14 words” is a reference to white supremacy and neo-Nazism.

“Trump Gives Speech to the People of Poland, Says 14 Words That Leave Americans Stunned,” she tweeted.

Here’s just some of the response from the unhinged left who see neo-Nazis behind every blade of grass:

"14 Words" is a reference to the most popular white supremacist slogan in the world https://t.co/YSdfY8fHLf

You see, “14 words” is considered a white supremacist slogan and everyone was sure the former governor of Alaska and candidate for V.P. had inserted it as racist dog whistle:

Oh.  That explains it…

According to one person:

Wondering why her tweet doesn't make sense? It's a dog whistle to white supremacists. https://t.co/hTjytl9I3P https://t.co/wUSZEzQyIv

According to the ADL:

“14 Words” is a reference to the most popular white supremacist slogan in the world: “We must secure the existence of our people and a future for white children.” The slogan was coined by David Lane, a member of the white supremacist terrorist group known as The Order (Lane died in prison in 2007). The term reflects the primary white supremacist worldview in the late 20th and early 21st centuries: that unless immediate action is taken, the white race is doomed to extinction by an alleged “rising tide of color” purportedly controlled and manipulated by Jews.

Because of its widespread popularity, white supremacists reference this slogan constantly, in its full form as well as in abbreviated versions such as “14 Words”, “Fourteen Words,” or simply the number “14.”

Head, meet desk. Apparently, no one is allowed to use “14” anymore.  Noted.

But it turns out that Palin DIDN’T tweet the title, as Twitchy and others explained.

The reliably liberal Daily Beast even said Palin did not tweet a neo-Nazi reference, adding:

The Young Conservatives post, published on Thursday, did not specifically cite any 14-word sentences from Trump’s remarks—in fact, the crux of the article is a 24-word quote: “We must work together to confront forces that threaten over time to undermine our values and erase the bonds of culture, faith, and tradition”—leading many to speculate that Palin’s account was openly dog-whistling racists.

The only 14-word sentences in the article are located in the middle of block quotes or begins a string of questions. For example: “Do we have the confidence in our values to defend them at any cost?” and “Our freedom and our civilization depend on these bonds of history, culture, and memory” and “We must stand united against these shared enemies to rip them of their territory.” None of those three were highlighted in any way that would explain the Palin caption.

Palin did not immediately return requests for comment on the matter—and her Facebook disclaimer notes that only posts signed “-SP” are personally hers—but the answer for the social-media captions actually lies in the Young Conservative website’s backend.

“While the headline and the article’s URL make no mention of ’14 words,’ one astute Twitter user pointed out that the manually selected Facebook caption—which automatically comes up when a user clicks the ‘Share’ button on YoungCon’s website—contains the number,” the Daily Beast’s Andrew Kirell wrote before mentioning the original post was written by Warner Todd Huston, who, Kirell said, “is a contributor to Breitbart, the self-proclaimed ‘platform for the alt-right’ once led by current top White House strategist Steve Bannon.”

The implication there is pretty clear…

“This is the 14-word quote the social media post is referencing: ‘Let us all fight like the Poles. For family, freedom, for country, for God.’

“About 2 minutes of research would have revealed how there is a long history of our site (and countless others) using word counts in social media headlines. To jump to the conclusion in your article is slanderous, dishonest, lazy, and very unprofessional and harmful to our business,” Young Conservatives CEO Josh Riddle told the Daily Beast.

In an update, the Daily Beast said:

This story has been updated to make clear that Young Conservatives did not intend to imply a connection to white supremacism; and to reflect the comment at bottom provided by Young Conservatives CEO Josh Riddle. We regret any implication to the contrary.

So, we and others have to wonder, will Palin ever get an apology?  We doubt it.

In all fairness, I suspect she may not have known.

Nevertheless, it’ll be just one more lie liberal propagandists will use to smear her for all eternity. 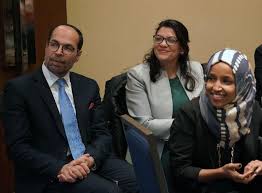