Liberals demand your guns, threaten violence after the Uvalde shooting. The View, as usual, was shrieking debunked claims, demanding your guns, and threatening to punch Republicans. But they weren’t alone.

The Wednesday after the tragic school shooting in Uvalde, Texas, the cast of ABC’s The View was in a fighting mood. Co-host and Holocaust downplayer Whoopi Goldberg was on the warpath against Republicans. She threatened to physically attack them and deputize people to go after them. She also warned law-abiding gun owners to “get ready” because “they’re going to come” for your guns…

So, you sold an AR-15 at the gun show? See you in court! Does your neighbor have too big an arsenal? Call the cops! Actually, let’s invoke some Supreme Court logic too. Alito says abortion’s not in the Constitution. Neither are AR-15s. So, I guess the constitution doesn’t cover them either. Life is so sacred, then stop using guns to abort young lives…

… Get people who are going to look and say, okay. We don’t have to have AR-15s, but I want to keep my shotgun because I still hunt. Okay. You can have your gun, but you can’t have your AR-15!

FACT CHECK TIME: There is no “gun show loophole” as she alluded to. You need to pass a background check to buy a gun from them. Abortion is not in the Constitution because you don’t have a right to kill someone. But you do have a right to self-defense and the right to keep and bear arms. That fact is acknowledged in the Second Amendment and it doesn’t apply exclusively to hunting.

Liberals demand things after every tragedy, but it’s not based on knowledge. Goldberg has nothing in her heart but rage and hate – typical ignorant liberal. Then we have Beto O’Rourke, who interrupted Governor Abbott as he was giving an update on the shooting. I dimly remember several pundits reminding us that Beto would flip into his true anti-gun colors before the Texas election. He approached the stage, pointed at the Governor and shouted that Gov Abbott did nothing. One of the officers who responded to the shooting lost his daughter…all the liberal posturing didn’t help him. A little true compassion doesn’t exist in liberals who just want to politicize a tragedy.

Patrick said “sir, you are out of line, please leave this auditorium.”

Uvalde Mayor Don McLaughlin shouted at O’Rourke as well, calling him a “sick son of a bitch.”

O’Rourke was then escorted out of the auditorium.

Governor Jay Inslee in Washington State similarly politicized the shooting by demanding that “assault weapons”, large magazines, etc., be banned in his statement immediately after the shooting. Liberals demand things from HATE against sentiments like “thoughts and prayers.” The operative word is that they “hate.” They are shortsighted and stupid….and dangerous to every law-abiding gun owner in the United States. They run solely on emotion, never stopping once to think about the perpetrator or what was going on in his head that precipitated the senseless violence.

Then naturally we have Basement Biden and Cackling Kamala, who demanded more gun control in the wake of the shooting.

“As a nation, we have to ask, when in God’s name are we going to stand up to the gun lobby? When in God’s name, will we do what we know in our gut what needs to be done?”

What we must do is have a more logical approach to these incidents instead of running on emotion. The sole responsibility for those horrendous deaths rests on the deceased gunman. Not Republicans, not the “gun lobby,” not the gun. 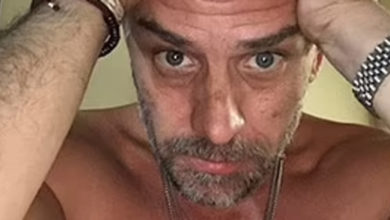 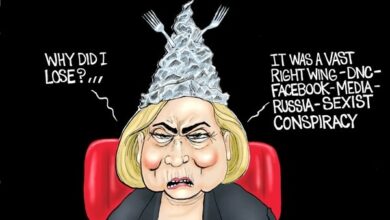