It’s to be expected in a nation where racism can be seen in peanut butter and jelly sandwiches.

“Why do you feel it’s necessary to fundamentally transform the nation that has afforded you so much opportunity?” O’Reilly asked Obama Sunday.
Obama flip-flopped and said there was no need for fundamental transformation.
Instead of noting Obama’s flip-flop, Walsh called the question racist.
“The question was, of course, deeply condescending and borderline racist,” Walsh arrogantly sniffed.
Of course, because to liberals, EVERYTHING is racist.
She also huffed:
It means, again, that O’Reilly and Ailes and their viewers see this president as unqualified and ungrateful, an affirmative action baby who won’t thank us for all we’ve done for him and his cohort.
No, Walsh, that’s not it at all.
A growing number of Americans see Obama for what he is — a lying, narcissistic Marxist who seeks to destroy America and remake it in the image of the former Soviet Union.
It doesn’t matter what color his skin is.
But being a good liberal, you’ll never see that, because all you know HOW to see is racism.
Naturally, because it’s easy and requires no thought whatsoever.
She also claimed Obama “cleaned” O’Reilly’s clock.  What interview did she watch?  Obama did what he always does — dodge and weave, lie and flip-flop.
But then again, Walsh is a goof liberal, and according to liberals, up is down…
Related:
Facebook Twitter Flipboard
Tags
Fox News media bias racism 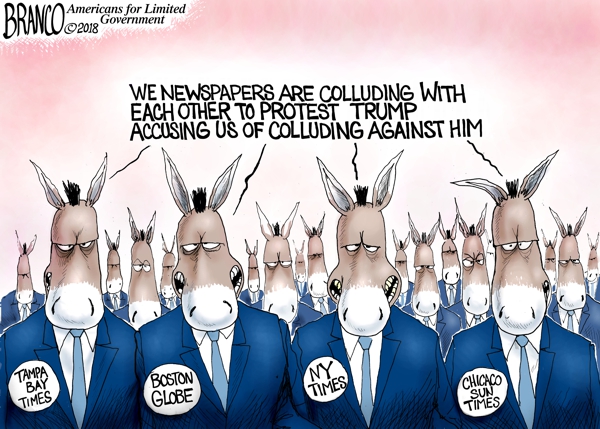 Cartoon of the Day: Paper Tigers