Are hurtful and wrong. Today in President Biden’s proclamation for read across America day, which was intentionally founded on Dr. Seuss’ birthday made absolutely no mention of the author whose birthday this day used to celebrate. Previous presidents have braced Dr. Suess on this reading day, including President Obama in 2015.

>> Pretty much all we need to know came from Dr. Seuss.

>> Martha: We’re all the same. The Trump White House praised Dr. Seuss and first lady Melania Trump donated his books to libraries across America. Ban then, a Massachusetts school librarian rejected the books from the first lady saying no thank you. We have plenty of books and these include racist propaganda. Joining me now, Leo Terrell. A former teacher and civil rights attorney and a Fox News contributor. Leo, good to see you today.

>> Thank you, Martha. Thanks for having me on this subject.

>> Martha: You know, what is your big picture look at this? These six books that have been banned. When you go through the images and I’ll put a couple up to look at, some people find them offensive. Stereotypical.

>> I come from this as a public school teacher that read those books as a student, a young boy that read those books. As a civil rights attorney. The images reflect the time in which the books were written, in the 20s and the 30s. I am not offended by those pictures because it talks about the evolution of this country and how we are now. What those books reflected was a sign of the times. You cannot ignore history. You cannot eliminate history. There’s worst pictures than that. But taking in context, those that want to cancel these books, those that think those books are racist, show me the media harm to victims today, Martha. They can’t. They use the argument of racist as a gimmick, a talking point to basically cancel people out. I think it’s wrong as a teacher, I think it’s wrong as a lawyer because unconstitutionally that is telling people that they can’t read certain books in libraries and if the government imposed these restrictions, it’s horrific. We cannot eliminate our history. Some history is bad but the majority is great. Both sides need to be taught.

>> Martha: I looked back at some images he did for advertisements. I can see why some would be questionable. They’re not a way to depict people today. As you point out, this is the 1930s, the 1940s. Between the wars and during World War II that these — that a number of these depictions were made. In so many of them, they’re like animals — you can’t figure out what they are. I think of Cindy Lu Hu. She’s a little girl but she has antennas. They were fantastic. They have different ways of creating in most cases these sort of creatures in many of these books.

>> Right. But again, it’s in the time that they were written. Again, as a teacher when I taught, you talk about the context of how these books were written. Today that does not exist. What we have — it’s done with the movies, Gone With the Wind, Huckleberry Fin. People are canceling things to set tone and basically hurt economically, politically and socially. Cancel culture will backfire. It denies history.

>> Martha: One of the things that struck me, I raid Dr. Suess enterprise, which controls all of his — I think the most — he made more money than any other no longer with us author. $30 million. I’m thinking they’re trying to protest the rest of these books, right? They call out the ones that have raised some questions and say we’re not going to publish them anymore. It will be a broad books. You’ll have books like oh, the places we’ll go that I gave my daughter for graduation. He’s going to be tarred with this brush because of these other bucks. No?

>> Let me point out very clearly, March that ever since the George Floyd incident, that’s being used as a stepping stone to cancel people out. I think their concern about being cancelled out. I want to make it clear to all the viewers. No person in American history is perfect from George Washington to Abraham Lincoln, we don’t cancel. We need to embellish the good part, criticize the bat part but grow and learn from it. I think that is something that we need to do and speak out about it.

>> Martha: And it provides a teaching opportunity. I’ve had my kids say, wow, you never see that today, right? See what is in that movie? You never do that today. You talk about why you wouldn’t depict it today and how people thought back then. For you to erase it all, you have the opportunities to have the helpful conversations in dealing with these things. Thanks, Leo. Great to have a conversation… 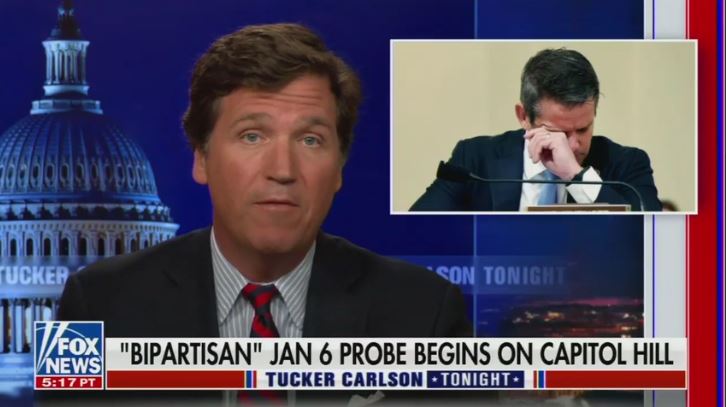