On Wednesday evening, a Twitter user going by the name “smash (Fake)triarchy” posted a video of herself removing a Confederate flag sticker from a truck, replacing it with a note denouncing the owner of the vehicle.

She claimed the video was intended to prove the crime was not perpetrated by a black person:

Here’s a picture she posted of the note:

Here’s more of her lunacy:

Her action isn’t just “considered” illegal, it IS illegal in most jurisdictions.

One person loved what she did:

@LexaRice1 you're definitely an awesome person, and like How you spread positivity

@LexaRice1 you are my HERO

One person at the lovefest actually realized her actions violated the law:

@LexaRice1 I hope you get arrested for vandalizing private property. That would be AMAZING. ???

Naturally, her fellow low-infos supported her act of vandalism:

.@ToniMZ81 @LexaRice1 It was to set an example of love not hatred. I pity you if you can't see that. Sorry your life sucks.

So vandalism is an act of love now?  Typical leftist psychobabble.

@LexaRice1 You don't like someone else' bumper sticker so you rip it down?

This video and the responses to it, however, illustrate the state of modern liberalism.  Leftists today don’t seem to care if their actions violate the law, as long as they fit a politically correct narrative. 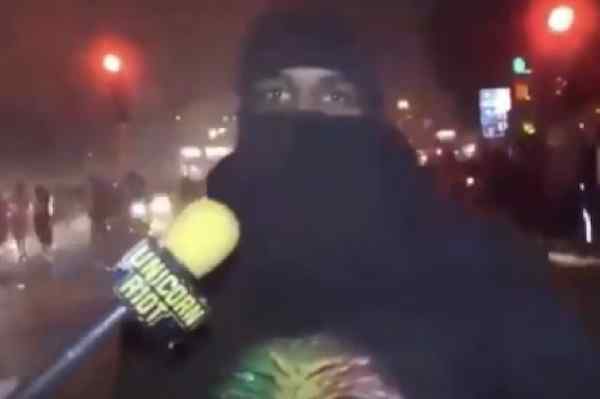