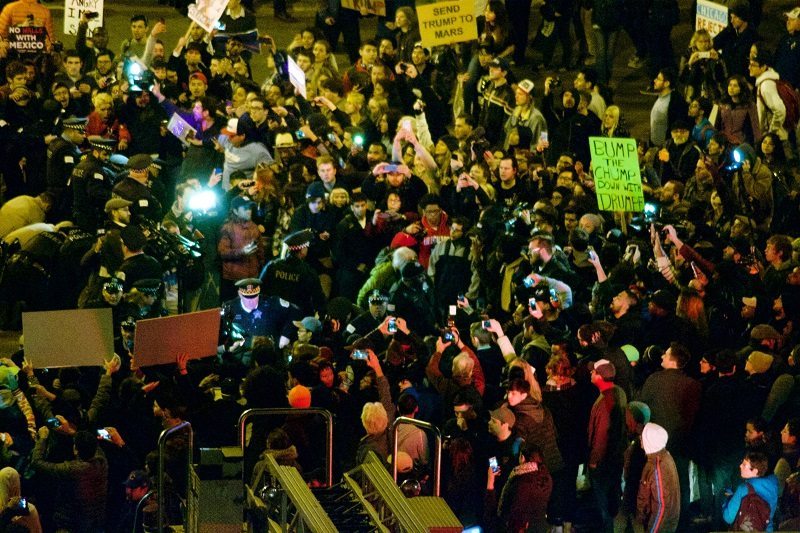 In multiple emails, DNC officials signed off and acknowledged the existence of two anti-Donald Trump protests in South Bend, IN and Billings, MT. The release of nearly 20,000 emails is the first in a WikiLeaks “Hillary Leaks” series.

On April 29, a DNC press staffer, Rachel Palermo, alerted Eric Walker, deputy communications director, about a Facebook page for an anti-Trump protest on May 2 in South Bend. “Whoo! Thanks to our interns for finding this out.” Walker replies, “I like it, as long as the students feel safe getting involved. I imagine this demo will be nicer than the one in San Fran today.”

That day in San Francisco protesters blocked off roads to an event Donald Trump was hosting. The Republican nominee ended up having to jump down from the highway and sneak around back to enter.

“[T]his should be fun,” former DNC media booker Pablo Manriquez wrote in late April about a May protest.

“Pablo please reach out to any folks you think may be able to help,” a DNC official wrote Manriquez.

There’s a lot more, but this shows us just how crooked the entire Democratic Party really is.  Are they so desperate they need to help plan violent anti-Trump protests?  Apparently so.

DNC boss Debbie Wasserman Schultz has said she’s resigning after the Party’s convention.  Is that sufficient?  Let us know in the comments below.