America’s abortion industry chiefs were in a rage on Tuesday after a leaked draft opinion from the Supreme Court suggested the justices are going to overturn Roe v. Wade, returning regulation of abortion to the individual states.

But equally outraged were those observers of the court who were aghast that a leak would happen.

Constitutional expert and popular legal commentator Jonathan Turley wrote in a column that the opinion of the court isn’t final until it’s released.

“But the damage done to the court as an institution [by the leak] will likely be lasting. This shattered a long tradition of the court of strict secrecy and integrity in the handling of drafts.”

He said this is the “greatest crisis faced by Chief Justice John Roberts and the greatest security breach in the history of the Court.”

Calling for an investigation, he said, “Anyone taking this deeply unethical act is likely to have taken steps to hide their tracks. I would be surprised if there were a paper trail or email record. However, anyone who would take such a reckless act may have been equally reckless in the means used to violate the Court’s rules.”

Describing the leaker as a “culprit,” he said if that person is a lawyer, “disbarment would seem a virtual certainty.”

And he said there could be worse … if the suspect is questioned about the leak and lies.

“There are a relatively small number of individuals with access to these drafts. It is likely that the culprit will be contacted quickly with others by investigators. That will prove a critical moment that could transform an unethical into a criminal act,” he said.

“It’s incumbent upon him to bring in every law clerk before him [Chief Justice John Roberts] or the FBI. ‘Give me your phone. We want all your accounts. We’ve got to do our own — look at every device you’ve ever used and find out who did this,’” Ingraham said.

She suggested the leak involved a liberal clerk and that it was an attempt to affect the expected outcome by generating outrage, even protests.

Sen. Josh Hawley, R-Mo., also was concerned about that, charging that the leak was an attempt by leftists to create a tidal wave of negative reaction and force a change in the opinion before it is released.

Turley added, “What is clear is that what occurred with this leak was an unspeakably unethical act, and it is unfortunately a sign of our times. We’re living in an age of rage where nothing seems inviolate anymore, no principles seems sacred, and it makes some of us feel almost naive. ”

In the Examiner, Kaylee McGhee White, deputy editor of Restoring America, specifically charged that the leak is “an unprecedented violation of the Supreme Court’s previously respected privacy — one that will have massive ramifications inside and outside the court.”

She said the pressure “inevitably” now will confront the court.

“It’s hard to know how this leak will affect the court’s processes, but there will be long-term consequences. Whether it affects the court’s reported decision on Dobbs v. Jackson Women’s Health Organization, however, is another matter. For the sake of the many unborn lives at stake and the integrity of our judiciary, I sincerely hope it does not,” she said.

Mat Staver, chairman of Liberty Counsel, which filed a friend-of-the-court brief on behalf of the pro-life movement in the case, warned it is “concerning” that the court’s confidentiality was breached.

But he said the result, if the draft proves accurate, wasn’t unexpected.

He said, “Though we want to celebrate the apparent victory of the High Court overturning Roe v. Wade, it is concerning that confidentiality would be breached in this situation by someone inside the Supreme Court. For many years, I have confidently said that I will live to see the Supreme Court overturn Roe v. Wade. We are now witnessing an historic event that will reverberate around the world. The abortion decisions did incalculable damage to the Supreme Court’s integrity because they were wrongly decided and have no connection with the Constitution. And the carnage left in the wake of Roe v. Wade cannot be measured. May God forgive and heal our land for this great sin. Crowds of people immediately gathered front to the Supreme Court which raises significant security concerns for the Justices. May God protect the Justices of the United States Supreme Court.”

It was Politico that obtained from a leaker inside the court a copy of a draft option written by Justice Samuel Alito that would, if it becomes final, simply throw out the pro-abortion precedents from 1973.

“We hold that Roe and Casey must be overruled,” Alito wrote in an initial majority draft circulated inside the court.

The report explained, “The draft opinion is a full-throated, unflinching repudiation of the 1973 decision which guaranteed federal constitutional protections of abortion rights and a subsequent 1992 decision – Planned Parenthood v. Casey – that largely maintained the right. ‘Roe was egregiously wrong from the start,’ Alito writes.”

The report pointed out that the report is called a “draft,” and justices have been known to change their opinions even late in the discussion process.

The case being decided is Dobbs v. Jackson Women’s Health Organization, in which Mississippi adopted an abortion limit of 15 weeks, and that is being challenged by the nation’s abortion industry.

The draft states, “Roe was egregiously wrong from the start. Its reasoning was exceptionally weak, and the decision has had damaging consequences. And far from bringing about a national settlement of the abortion issue, Roe and Casey have enflamed debate and deepened division.”

Politico continued, “A person familiar with the court’s deliberations said that four of the other Republican-appointed justices – Clarence Thomas, Neil Gorsuch, Brett Kavanaugh and Amy Coney Barrett – had voted with Alito in the conference held among the justices after hearing oral arguments in December, and that line-up remains unchanged as of this week.” 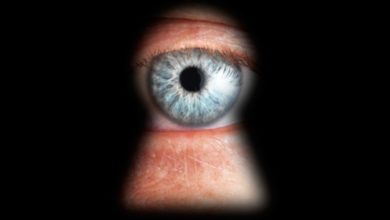