While debating a measure to prohibit job discrimination based on sexual orientation in the Nebraska legislature, state Sen. Ernie Chambers, I-Omaha, shocked many when he took his rhetoric to a whole new level.

“If I was up here I’d probably pick these books up and start throwing them around. If I was a white guy, I’d go get my semiautomatic weapon and come down here and mow everybody down,” he told fellow lawmakers.

It’s not the first time Chambers has been embroiled in controversy.

In 2008, WND said, he sued God, demanding the court set a “permanent injunction ordering [God] to cease certain harmful activities and the making of terroristic threats.”  The court, however, said the lawsuit would be thrown out if he was unable to serve the Almighty with papers.

He also compared police to Islamic terrorists a year ago and introduced a measure to strip churches of their tax-exempt status in January 2014.

In February 2015, he said all white people are racist and that his blood was “polluted” by them.

Of course, no action will be taken against Chambers because, the Lincoln Journal-Star said, lawmakers are immune from criminal or civil liability for “things they say during legislative debate or public hearings.”

It also seems the voters either like what he says or they simply don’t care.  According to the Nebraska Watchdog, he’s the longest-serving senator in the state. 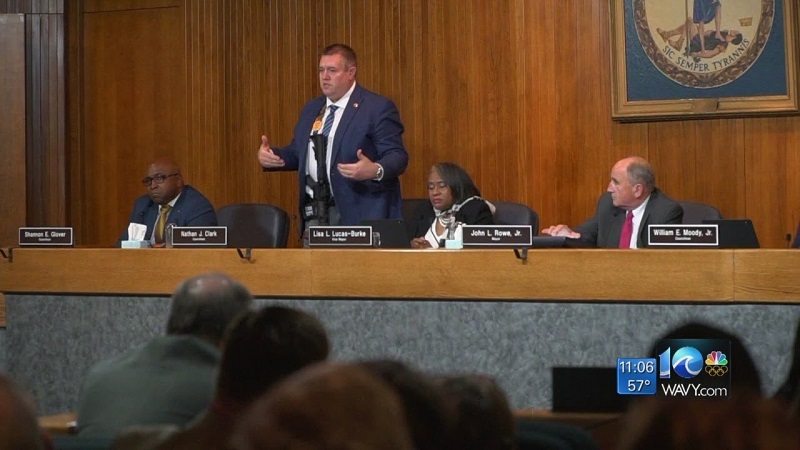