On Tuesday, the Gateway Pundit’s Jim Hoft published a post about Stacey Abrams, a Democrat running to become the next governor of Georgia.  Abrams, the report noted, citing a post at BizPac Review, is deep in debt, owing $96,512 in student loan debt and $77,522 in credit card debt.  For some reason, that post prompted Facebook, the social media giant dubbed “the world’s most dangerous censor” by Breitbart, to perform a “fact-check” on one site, but not the other. 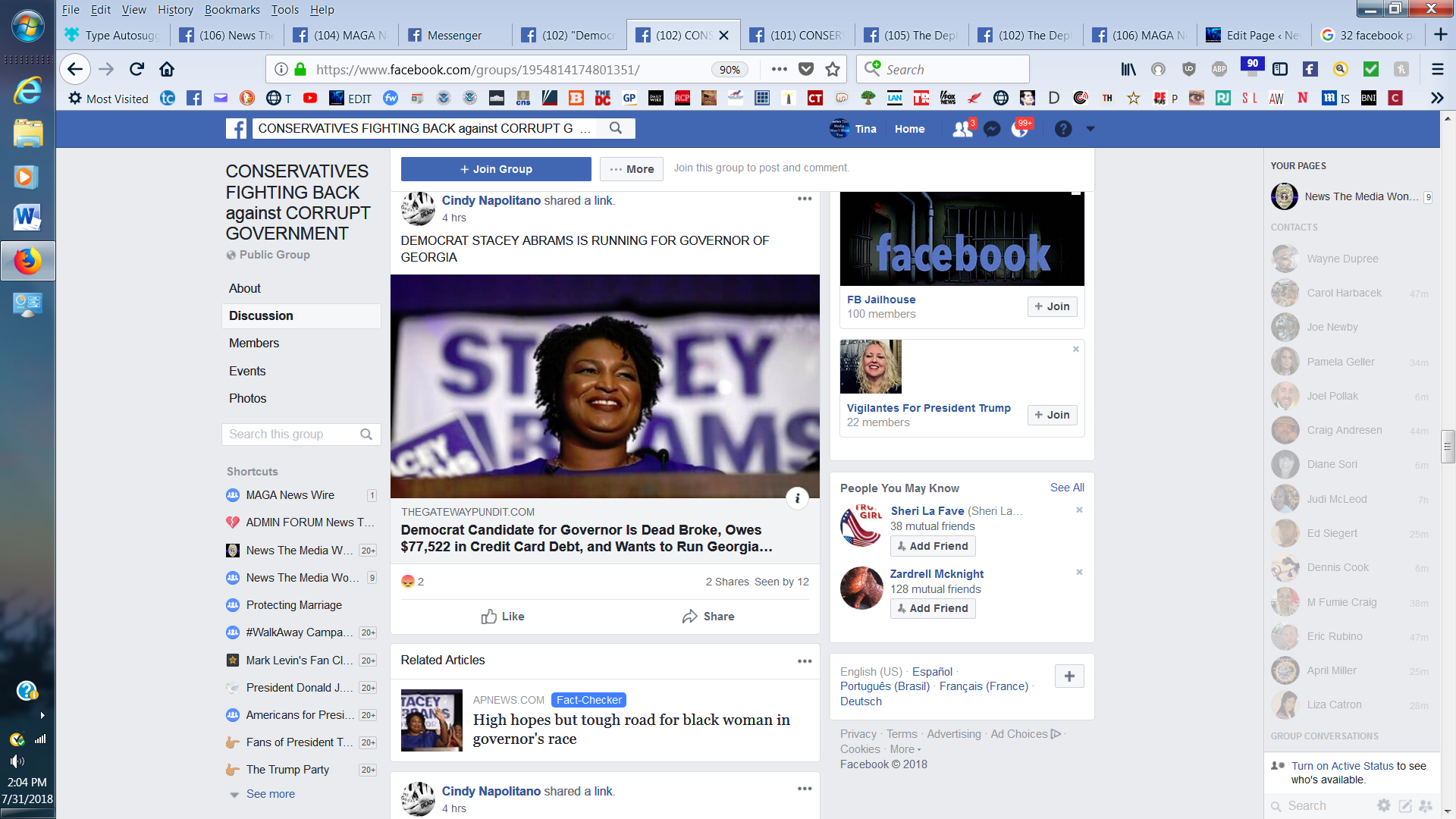 As can be seen here, it appears the Gateway Pundit link was targeted across the platform.

Other sites reporting on the financial woes of the Georgia Democrat, however, are not getting the same treatment.

We reached out to Hoft for his input.

“They are targeting us,” he said.  “We know that already.”

Hoft has repeatedly said that traffic to top conservative sites from Facebook has dropped by more than 90 percent.  Worse yet, traffic to more liberal outlets like CNN appear to have increased at the same time.

Moreover, it’s laughable to think that Facebook would “fact-check” an article, given that its moderators apparently can’t tell the difference between a lilac tree and pornography.

Hoft later wondered if Mark Zuckerberg’s digital empire would ever flag the “bullsh*t content” put out by the Washington Post and Trump-hating propagandists like Max Boot.

Good question.  We’re not going to hold our breath, however.

5 Ways Americans Could Be “Encouraged” to Get a Covid Vaccine
December 5th, 2020 Sons of Liberty Media