When leftists suggested dumping the “Star Spangled Banner” as our national anthem and replacing it with John Lennon’s “Imagine,” a song with lyrics such as “imagine there’s no country.” I thought that’s as imbecilic as the crazies could get.  I was wrong.  On Tuesday, Jody Rosen, an opinion contributor at the Los Angeles Times, suggested dropping our present national anthem for a song about being weak and in need, “lean on me.”

The op-ed writer began his column denouncing the recently-toppled San Franciso monument of Francis Scott Key.  Rosen wrote that the statue that used to sit in Golden Gate Park was one of those “old-fashioned pieces of public art” that really “laid it on thick” with fluted colonnades, four eagles, and classical elements, standing at 52-feet tall. But on June 20, the bronze statue of Key in was yanked off of his pedestal during a protest.

#BREAKING: Demonstrators topple statues in San Francisco's Golden Gate Park. @hurd_hurd will have details on our News at 11. https://t.co/RvmlMqu73s pic.twitter.com/iUZE28AvdD

Rosen then notes that Francis Scott Key probably deserved it since he was a slave owner and that both Key and the lyrics he wrote have been under fire by leftists who see racism everywhere for years.

I wonder if Colin Kaepernik critics realize the Star Spangled Banner was written by a slave owner to defend slavery? https://t.co/7HypQ81T3x

The part Mr. Nasheed and the people who want to change the national anthem believe support slavery is the third verse:

And where is that band who so vauntingly swore
That the havoc of war and the battle’s confusion,
A home and a country, should leave us no more?
Their blood has washed out their foul footsteps’ pollution.
No refuge could save the hireling and slave
From the terror of flight, or the gloom of the grave:
And the star-spangled banner in triumph doth wave,
O’er the land of the free and the home of the brave.

Scholars disagree about the meaning of this couplet. Some read the words as a reference to escaped slaves fighting alongside the British, who promised to grant freedom to Black soldiers in exchange for their service [they were called Colonial Marines]. Historian Jason Johnson has called “The Star-Spangled Banner” “a diss track to Black people who had the audacity to fight for their freedom.” Marc Ferris, the author of “Star-Spangled Banner: The Unlikely Story of America’s National Anthem,” has written that Key was likely using the term “slave” more loosely, to describe “all of the monarch’s loyal subjects, including British troops — as contrasted with free patriot Americans.”

The op-ed then denigrates the “ornate and Anglophile” lyrics with syntax that is difficult to understand, and then Rosen attacks the music itself as “charmless and difficult to sing.”

I don’t agree with Rosen about the lyrics or the charm of the music. To me, the song and elicit strong emotions, as in many instances listening to the “Star Spangled Banner” gives me chills and brings tears of patriotism to my eyes. But as a vocalist who as sung our national anthem often in my lifetime, I will admit that our national anthem is challenging to sing. Big deal! So is “All Through The Night,” a song written by Cole Porter for the musical Anything Goes, which I performed in summer stock.

The L.A. Times column notes that during this time of cultural upheaval, where activists are desperately trying to actively erase any “problematic” item from our history, there have been sporadic calls to replace the anthem.  Rosen neglects to mention that erasing  problematic items from our history breaks the truism written by Italian philosopher George Santayana, “Those who cannot remember the past are condemned to repeat it.”

He then notes that there have been several suggestions for a new national anthem. As mentioned above, Kevin Powell recently suggested John Lennon’s “Imagine” Other ideas included James Weldon Johnson’s “Lift Every Voice And Sing,” which will be sung at every NFL team’s first game this season. Other songs Rosen mentions are “America the Beautiful” and Irving Berlin’s “God Bless America, which was subject to its own racist controversy because Kate Smith’s recording is most popular. But she was accused of being racist. And per Rosen, leftists who prefer a more secular option often suggest Woody Guthrie’s 1940 classic, “This Land Is Your Land,” as an alternative to Berlin’s stirring and overtly patriotic tune.

Rosen finds problems with all of these songs–too British, antiquated, too religious, and colonialist.

Nope, none of these songs will do. At a moment when the United States is in the grip of multiple crises — convulsed by debates over racism and injustice, ravaged by a pandemic, with a crumbling economy and a faltering democracy — the very idea of a national anthem, a hymn to the glory of country, feels like a crude relic, another monument that may warrant tearing down. But if we must have an anthem, it should be far different than the one we’ve got now, positing another kind of patriotism, an alternative idea of America and Americanness. It would also be neat if it was, you know, a decent song, which a citizen could sing without crashing into an o’er or a thee, or being asked to pole vault across octaves.

The L.A. Times writer has his own solution: Replace the national anthem with Bill Withers’ 1972 soul ballad, “Lean On Me.” This is strange because leftists like Rosen believe that Americans should be leaning on government, not friends.

But he’s serious about “Lean On Me.” Rosen likes the song because although simple, it is American without paying homage to “problematic” things–the lyrics contain “no pastoral images of fruited plains or oceans white with foam, no high-minded invocations of liberty or God.” Rosen sees this as a good thing, perhaps because no one ever told him that the official motto of the United States is “In God We Trust.”

Rosen picked that song because it’s about how Americans are to rely on each other.

Lean on me, when you’re not strong
And I’ll be your friend, I’ll help you carry on
For it won’t be long, ‘Til I’m gonna need
Somebody to lean on

It’s a lovely song, but the lyrics are about selfishness. It sounds like someone want’s to exploit a friend. Nothing about common beliefs or interests, but one day I will need you–so I will be your friend.

Rosen also says the anthem should be switched to “Lean On Me” because it could never inspire the same pomp (ceremony and splendid display) as the Star Spangled Banner.  A national anthem is supposed to be a song that inspires patriotic feelings and pomp, especially in public displays.

Jody Rosen’s op-ed does not do its job in selling people to switch our national anthem, but it does convince the reader to believe that Rosen is not a big fan of patriotism and patriotic displays. As he admitted on Twitter.

National anthems are wack; ideally, the U.S. would have no official state song. But if we've gotta have one, it may as well be a good song, with a message worthy of a decent society. So I wrote about replacing "The Star-Spangled Banner" with "Lean on Me." https://t.co/5f1VRC8iRy 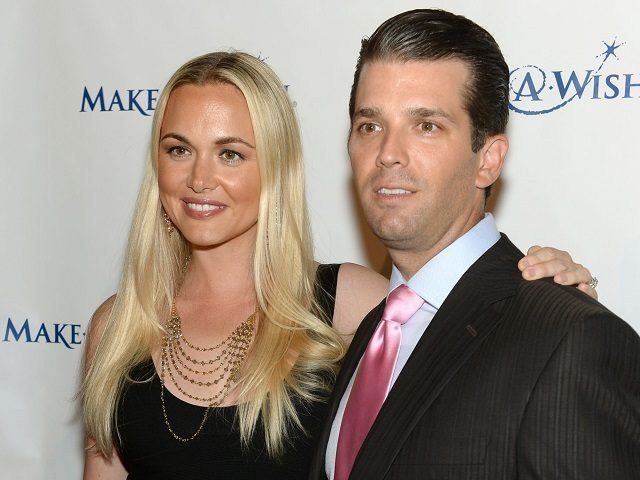 Alt-Right or Alt-Rigged: Was the Richard Spencer Alt-Right video staged?