For the umpteenth week in a row, it appears as though Vladimir Putin and his pals in the Russia media are having a military-inspired meltdown, and making ludicrous threats to the rest of the world at large.

While this sort of belligerent behavior has been the norm for the Kremlin as of late, the most recent warnings are aimed slightly further to the east than normal, with many Russian pundits now suggesting that Berlin be reduced to atomic ash on account of Germany’s decision to send high-powered tanks to Ukraine.

One high-profile Putin mouthpiece demanded Berlin’s Bundestag parliament should be reduced to radioactive ash in retaliation.

He will now send a squadron of Leopard 2 tanks to Ukraine, and allow Nato allies to re-export dozens more.

The reaction was swift.

The Kremlin today hit back saying any tanks supplied by Germany and the US will “burn like all the rest”.

And raging Moscow TV pundit Yevgeny Satanovsky said warheads should be launched on the centre of German democracy.

He said: “German tanks with crosses on their armour will again march across Ukraine attacking Russian soldiers.

“I have a natural reaction to this – the Soviet Union bombed Berlin in 1941.

“Flat, slightly radioactive, melted-down ground [will remain in its place].”

This constantly escalating nuclear rhetoric has been a staple of Russia’s propaganda of late, as they look to distract from their consistently miserable failures on the battlefields of Ukraine. 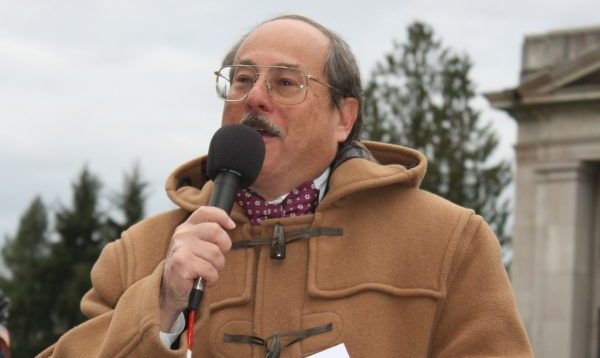