Despite the insistence of apologists on the left that the “game” of Knockout is an urban myth, evidence that it is not only for real but on the rise comes from two news stories today. One appearing in New York’s Daily News demonstrates that blacks are not immune from being targeted in what up to now has been a black-on-white crime. The second story, courtesy of Opposing Views, shows that the aggressors are not all male.

The Daily News story comes out of Brooklyn, which is rivaling Philadelphia as the Knockout capital of the nation. According to the article, the victim, 76-year-old Yvonne Small, fell to the ground after being punched in the head by a stranger. The brazen attack occurred in broad daylight in the predominantly black East New York section of the borough.

As an added irony, the attack came minutes after a community rally against this unspeakable trend broke up. Small is being treated at a local hospital.

The second attack — actually a pair of attacks —occurred in Florida and were perpetrated by a female. According to Opposing Views, 15-year-old Traveshia Blanks (shown here) faces two charges of felony battery on a person 65 or older after kicking a 72-year-old man and slapping another 89-year-old man.

The 72-year-old victim, who was weeding his garden when the attack happened, told reporters:

I didn’t hear anything. There was nobody in the area at all. It was very quiet [when] all of a sudden I felt a blow to my hip and I was on the ground. I turned around to see what happened and there was a girl standing there laughing. I was in shock. Who would expect anything from out of the blue to happen like that. [sic] There’s no reason had I done something or said something.

A news report containing a cell phone video of the attack posted online by the assailants appears here.

The other incident involved octogenarian Harry Hurvitz, who says that a group of teens rang his doorbell, slapped him across the face, then ran off laughing. Blanks has been charged as the perpetrator in this attack as well.

A judge has ordered Blanks to spend 21 days in secure detention. She will appear in court again next month. 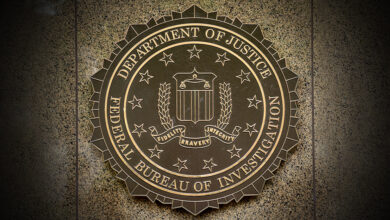