In an interview Wednesday with a government-run Chinese TV network, the founder of the globalist organization that hosts the Davos conferences and “trains” many of the world’s heads of state held up Chinese dictator Xi Jinping and his Communist Party government as a “role model,” expressing “respect” for the nation’s “tremendous” achievements over the past more than 40 years.

Klaus Schwab, the founder of the World Economic Forum, was speaking to Tian Wei, the host of the “World Insight” program on the Beijing-based China Global Television Network, about the recent G20 and B20 meetings in Bali, Indonesia.

Asked about the outcome of the summit – which included agreement on policy priorities, such as “to tackle climate change” – Schwab said the leaders must go further.

“We have to have a strategic mood,” he said, “We have to construct the world of tomorrow. It’s a systemic transformation of the world.”

The leaders, he said, must “define” what the world “should look like” after “this transformation period.”

In January 2021, Xi was chosen to kick off WEF’s virtual Davos meeting. Schwab, in his introduction of the Communist Party general secretary, commended China for its “many initiatives” undertaken “in the spirit of creating a world where all actors assume a responsible and responsive role.”

“Mr. President, I believe this is the time to reset our policies and to work jointly for a peaceful and prosperous world,” Schwab said at the time.

NEW – Klaus Schwab says China is a "role model for many countries" and proclaims a "systemic transformation of the world" on Chinese state television.pic.twitter.com/ES1LBZPLJP

When concerns were raised in 2020 regarding a plan by WEF called the “Great Reset Initiative” to use the pandemic to accelerate globalism, establishment media mocked critics as addled conspiracy theorists.

But the initiative is spelled out in Schwab’s book “COVID-19: The Great Reset” and demonstrated in President Biden’s adoption of the globalist organization’s “Build Back Better” plan.

In October, 18 prominent academics and intellectuals have spelled out their concerns about the plan in essays compiled by author and researcher Michael Walsh in a volume titled “Against the Great Reset.”

The Chinese dictator Mao’s “Great Leap Forward” is invoked in one of the essays, by Stanford historian Victor Davis Hanson, who points out the “Orwellian philology” of the words “Great” and “Reset.”

“Assume the worst when the adjective ‘great’ appears in connection with envisioned fundamental, government-driven, or global political changes. What was similar between Lyndon Johnson’s massively expensive but failed ‘Great Society’ and Mao’s genocidal ‘Great Leap Forward’ was the idea of a top-down, centrally planned schema, cooked up by elites without any firsthand knowledge, or even worry, how it would affect the middle classes and poor,” he wrote.

“So often, the adjective ‘great’ is a code word of supposed enlightened planners for radical attempts at reconstruction of a society that must be either misled or forced to accept a complete overhaul.”

The bureaucrats and technocrats who attend WEF’s elite Davos conferences in Switzerland, warns Hanson, do not trust the ability “of elected leaders and legislatures of Western constitutional governments to solve problems independently.”

Canadian financier and newspaper publisher Conrad Black warns in his essay “The War on Capitalism” that the idea of “stakeholder capitalism” espoused by WEF amounts to collectivism.

At the 2021 Davos meeting, a Fortune 500 CEO affirmed WEF’s assertion that “capitalism as we have known it is dead.”

Marc Benoiff, the CEO of Salesforce, which is regarded as a pioneer of cloud computing, said the “obsession” with “maximizing profits for shareholders alone has led to incredible inequality and a planetary emergency.”

“Stakeholder capitalism,” according to WEF and its allies, means that rather than pursuing profits, companies would “pursue the wellbeing of all people and the entire planet.”

Ahead of the January meeting, Schwab published an op-ed about the need for a “Davos Manifesto” for “a better kind of capitalism.”

“Business leaders now have an incredible opportunity. By giving stakeholder capitalism concrete meaning, they can move beyond their legal obligations and uphold their duty to society,” the WEF founder wrote. “They can bring the world closer to achieving shared goals, such as those outlined in the Paris climate agreement and the United Nations Sustainable Development Agenda. If they really want to leave their mark on the world, there is no alternative.”

See video of China’s crackdown on workers at the Foxconn iPhone plant:

This video circulating of the fresh clashes at #Foxconn would appear to show armed officials (presumably police) kicking protesting worker(s) after they go to ground. The #ZeroCovid crisis hitting the world’s largest supplier of #Apple iPhones continues. #China pic.twitter.com/4LnS1Z9mtn 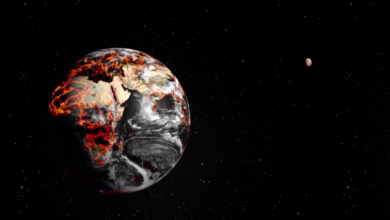 Global Famine Is Not Just A Theoretical Scenario Anymore 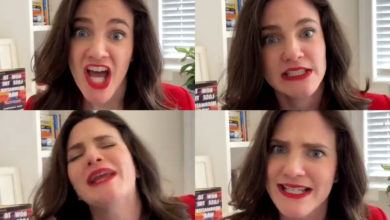 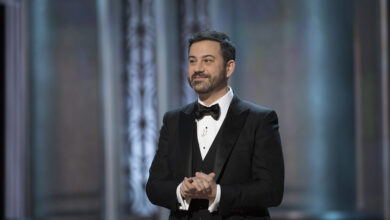 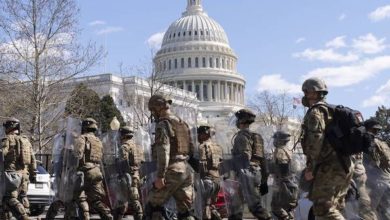