In his annual New Years address, Kim Jong Un has claimed that he has a “nuclear button” that’s always on his desk. Probably true, though buried beneath a pile of food wrappers. The statement may mean that he alone can launch the nuclear armament of North Korea. So much for ‘fail safes.’

While this is the first time Kim Jong-un has alluded to having a physical means of launching his country’s nuclear weapons in his office — most likely to predetermined targets in the Northeast Asia and the continental United States — the fundamental nuclear command-and-control message from North Korea remains unchanged since 2013. That year, the Supreme People’s Assembly promulgated an ordinance on North Korea’s position as a “nuclear weapons state.” That ordinance, among other things, noted that “The nuclear weapons of the DPRK can be used only by a final order of the Supreme Commander of the Korean People’s Army to repel invasion or attack from a hostile nuclear weapons state and make retaliatory strikes.”

Whether or not Kim Jong-un has a physical button to authorize launch or not, it remains the case that North Korea’s nuclear weapons continue to see highly centralized and assertive command and control. (This may not be the case in a crisis, where Kim Jong-un may be forced to tolerate some level of predelegation to retain credible retaliatory capability.) Kim, nevertheless, appeared pleased with his arrangement: “The U.S. could never launch a military attack on me,” he said.

The implication, for now, is simple: Kim Jong-un’s nuclear forces are operational and ready to deter the United States and retaliate to any first strike that would seek to either disarm Kim Jong-un of his weapons or kill him.

Kim stated that he would be willing to negotiate matters other than his nuclear program, and hoped that he could send a delegation to the Winter  Olympics to promote “unity of the people.”  South Korea has asked the US to postpone scheduled joint military exercises until after the Paralympics in March, according to USA Today. But Kim will not negotiate his nukes.

“This year, we should focus on mass-producing nuclear warheads and ballistic missiles for operational deployment. These weapons will be used only if our security is threatened.” Kim Jong Un

His definition of “unity” is a little skewed.

In recent days, both Russia and China are suspected of sneaking oil to North Korea through ships in international waters. South Korea seized two ships that were suspected of transferring oil in violation of UN sanctions, according to the Yonhap News Agency on Sunday. Reuters noted also that Russia was suspected of doing the same thing several times. So it appears that in spite of rigid sanctions against the rogue regime, they manage to get what they need anyway. 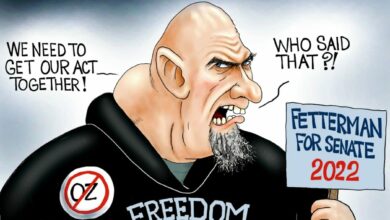 Cartoon of the Day: Build Back Betterman 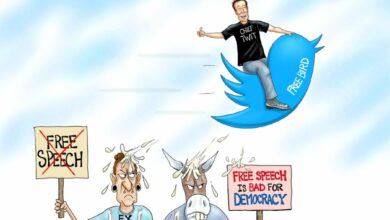 Cartoon of the Day: Chief Twit 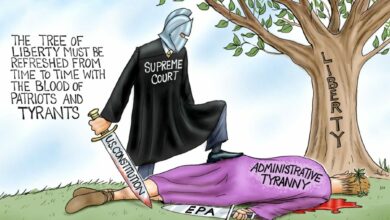