While America hammered out historic peace deals in the Middle East, John Kerry spent the last four years undermining any talks with Iran… and THIS is the thanks he gets from Iran?

Obama and Biden went all-in on getting Iran to the table over those nuclear deals.

To understand just how much they capitulated needs to be seen in light of the pallets of cash of which some ‘undoubtedly’ went into the terrorist efforts that destabilized the region and killed our forces and allies.

But more than that. It needs to be seen in light of what we lost due to Project Cassandra being ditched, as we turned a blind eye to opportunities to capture the world’s #2 terrorist and to Hezbollah becoming a top-tier player among global crime cartels.

The fact that they have a national holiday chanting ‘death to America’ in the streets is a bit of a tip-off that we should question the sincerity of any dealings they have with us as well.

That said, there is no secret that Joe is hellbent on re-entering the failed deal with Iran… and will probably give away the store to do it.

Hopefully, this recent propaganda video from Iran might give even his knee-jerk inclination to pre-emptive surrender a moment of pause for him to reconsider the wisdom of that course of action.

“The palace of oppression (#US Congress) was destroyed by the Alavi (Imam Ali’s) IRGC, and the good news of the liberation of Quds (Jerusalem) arrives from #Iran”

Iran released a provocative new video over the weekend that depicts its military forces blowing up the United States Capitol building, a threat that comes as the Biden administration inches closer to providing Tehran with billions of dollars in economic sanctions relief.

The video debuted Sunday on Iranian state-controlled television before Iranian supreme leader Ali Khamenei delivered remarks, in which he praised the country’s Islamic Revolutionary Guards Corps, the paramilitary force that has killed Americans, and celebrated IRGC leader Qassem Soleimani, who was killed in a drone strike by the former Trump administration.

…”Last week, Iran’s chief diplomat allegedly admitted the IRGC calls the shots in Tehran. Now, Iran releases a fake video of the IRGC blowing up our Capitol,” Sen. Pat Toomey (R., Pa.) tweeted in response to the video. “The Biden [administration’s] priority should be ensuring Iran cannot carry out such an attack, not capitulating by removing sanctions.”

Toomey’s remarks are bolstered by a recently leaked video of Iranian foreign minister Javad Zarif admitting in a private conversation that his government will never find common ground with America or abandon its radical views.

“I believe Iran and the U.S. will never be friends as long as the Islamic Republic preserves its identity,” Zarif said on the tape, as the Washington Free Beacon first reported last week. “Never will our issues with America be resolved.” — FreeBeacon

Biden’s DOJ is turning over every rock, and using FISA tools to investigate US citizens because some shaman guy in buffalo horns broke into the Capitol Building last January… but they are negotiating a deal with the world’s leading sponsor of terrorism as they flash images of our Capitol Building being destroyed in an Iranian missile strike as their army marches on Jerusalem?

Could somebody in DC please grab a brain and grow a pair? 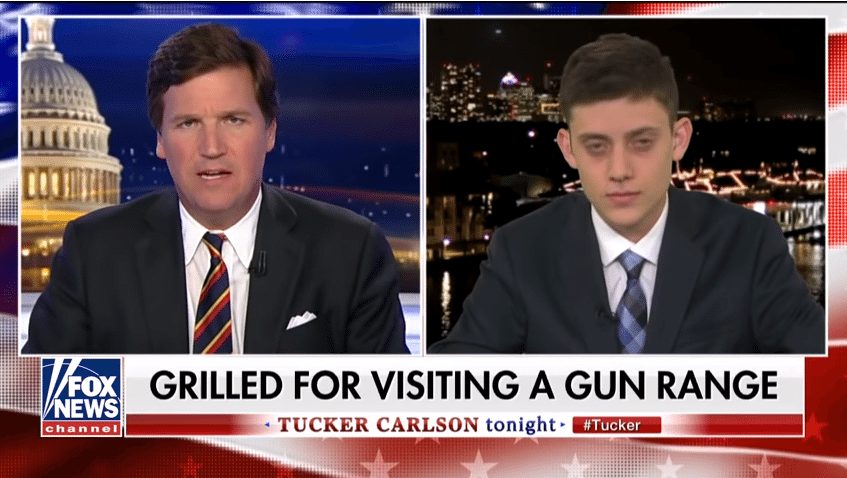