“Compliance with a subpoena for documents is not a game.”
– Darrell Issa’s response to John Kerry’s refusal to testify on Benghazi

What a surprise this is NOT as our ever-loving Secretary of State, John ‘Swiftboat’ Kerry, will NOT comply with the subpoena he received to appear on May 21st before the House Oversight and Government Reform Committee. But hey, this is the very same man who last year went yachting and kayaking as Egypt was on fire.

In a statement released by State Department spokeswoman Marie Harf, it appears Kerry had prearranged plans to be in Mexico on the day Issa wanted him to testify, but if truth be told he needs to cancel those plans and reschedule them for another time as right now Benghazi trumps all, and anyway Mexico needs him butting into their business as much as Israel needed him butting into theirs.

“We were all surprised, quite frankly, that instead of working with us and reaching out to us and offering first an invitation to testify, that Chairman Issa jumped immediately to subpoenaing the Secretary,” Harf said.

Typical response as Issa knew what the answer would be NO matter what date he put on the subpoena as this administration and all in it are masters of excuses and running away…as in Obama jetting off to a Las Vegas fundraiser in the immediate aftermath of the Benghazi attacks. And while the State Department spokeswoman did say they are still open to discussing a possible Kerry appearance before Issa’s committee at some other point in time…like they really have a choice…this stonewalling just delays the inevitable as Benghazi is NOT going away NO matter how the Democrats wish it would. Remember, the reason Issa issued the subpoena in the first place is that all in the Obama administration refuse to give answers… truthful answers that is. And NO matter how much the Democrats whine that the Issa investigation…along with the newly announced ‘select committee’ headed by Trey Gowdy…is NOTHING but political posturing by the Republicans it…Benghazi… still is NOT going away…period.

And know that political posturing has NOTHING to do with this subpoena as the reason John Kerry is being called to testify is because he…the man who became Hillary ‘What Does It Matter’ Clinton’s replacement and who now has access to all the Clinton State Department’s Benghazi documents….and now his State Department failed to produce all the documents “to meet its legal obligations” relating to the Benghazi attack and the State Department’s response to it when Issa asked for them.

“This disregard for the rule of law is even more disturbing considering your agency’s role in encouraging governments throughout the world to respect the rule of law and the authority of representative government brought to office through free and fair elections,” Issa said in a letter to Kerry.

And of course playing tit-for-tat the State Department’s response was, “We strongly disagree with that…We’ve produced tens of thousands of documents.” Yeah they have but NONE of what they produced dared to produce the truth about what happened that fateful night…all the released documents proved was the existence of LIES and cover-ups…something Issa and the rest of us already knew.

And then adding to this is that last week Speaker of the House John Boehner…after fearing for his Speaker position and only because of that…announced he is creating a ‘select committee’ to examine all things Benghazi and that Rep. Trey Gowdy (R-SC) would head the investigation that would include seven Republicans and five Democrats…that is if the Democrats do NOT boycott this election-year investigation that could add to their election problems on top of the problems they’re now encountering because of ObamaCare.

And so as we wait for the vote to authorize the ‘select committee’…expected to come sometime this week…’Prince’ Harry Reid is trying to stall yet again a Senate vote on the Keystone XL Pipeline…a pipeline that would put thousands of Americans back to work…because supporters of the bill want it voted on as an amendment to an energy efficiency bill that is up for vote next Tuesday. NOT yet announcing how amendments will be handled, Reid knows a standalone vote on the Keystone bill would avoid the risk of it becoming part of said energy efficiency bill…a bill that could result in a veto from Obama.

57 Senators…three short of the 60 needed for passage…have put forth a bi-partisan bill to authorize an immediate start to construction of the pipeline. Sponsored by Sens. Mary Landrieu (D-LA) and John Hoeven (R-ND) this bill would try to bypass the Obama administration’s long review process that would essentially stall a vote until after the November mid-terms. And Reid just might pull it off because right now there is NOT enough support to overcome a filibuster from Democratic opponents of the pipeline…you know those Democrats in the money pockets of the big environmental lobby.

So now we have the Benghazi investigation getting much unneeded added drama thanks to Mr. Swiftboat himself and ‘Prince’ Harry once again being a thorn in all things good for America…and you wonder why I’m seething again…but hey…Michelle Obama says her life is more difficult than a soldier’s so all must be OK on the home front…yeah right. 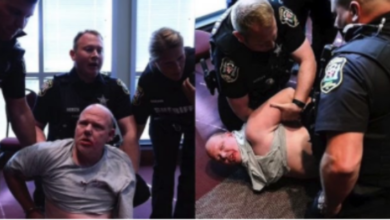 Dad Who was Dragged Out of School Board Meeting: Says School Covered up Rape of His Daughter 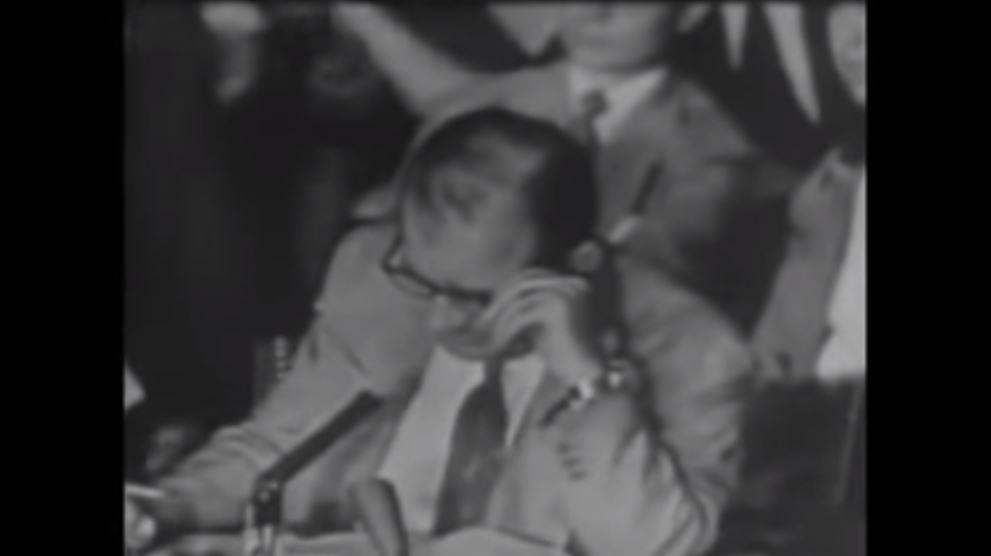 Question for Democrats: Have you no sense of decency?