In the wake of the Islamic jihadist attack in Brussels that killed or wounded over 300 innocent civilians, word is bubbling to the surface that hundreds of suicide-minded terrorists are looking to multiply the bloodshed. As reported by Lori Hinnant and Paisley Dodds of the Associated Press on Mar. 23, 2016, an estimated 400 ISIS terrorists are either already in Europe or well on their way.

As reported, a mere three jihadists killed at least 31 and injured an estimated 270 in two separate attacks in the Belgian capital. With the modus operandus of their terrorists being small, semi-autonomous, and very well armed cells, the possibility of the amount of carnage 400 ISIS members borders on the unimaginable. If the breaking news of hundreds more of the killers wasn’t more than European officials could handle, CBS News has reported on Mar. 23, 2016 that ISIS operatives already in Belgium have been surveilling a yet to be publicly identified individual cited as only “one of the country’s senior nuclear scientists.”

While the authorities haven’t released if the jihadists planned on using the scientist to gain access to a nuclear facility or pick his brain on how to build a so-called “dirty bomb,” CBS News correspondent Charlie D’Agata noted, “CBS News senior national security analyst Juan Zarate called the evacuation order for Belgium’s Tihange nuclear power plant, immediately following the Tuesday bombings, a ‘chilling development. This lends itself to concerns that ISIS is adapting very quickly, looking for key vulnerabilities, and even potentially considering how to use dirty bombs — weapons of mass destruction,’ Zarate said.”

Well known for long seeking a world-wide Islamic caliphate by way of a rather bloody jihad, groups such as ISIS, al-Qaeda, the Taliban and Boko Haram have made headlines for well over a decade that they’ve never had much of a problem attracting recruits willing to kill themselves to advance their stated goals. While the Western media and more than a few Western leaders have long asserted that the militants are merely a micro-percentage of Muslims who really don’t understand their own faith, the respected Pew Research Center’s recent study titled “The World’s Muslims: Religion, Politics and Society” actually paints a much different picture.

The four-year study released in the spring of 2013 cited that a total of 38,000 face-to-face interviews in 80-plus languages for the survey. In total, 39 countries and territories ranging from Afghanistan and Bosnia Herzegovina to the United States and Russia were included.

Somehow missed by many in the Western press and governments, 28 percent of those surveyed supported violent jihad to further Islam. With the Muslim population at 1.3 billion at the time, that equated to a worrisome 364 million Muslims world-wide who conceivably advocated spreading Islam by the sword.

Possibly an aid via compare and contrast for the Western mindset to help visualize exactly what 364 million people of like mind would mean to the West, the parallels of present-day violent Islamic jihad and that of the Kamikazes of Imperial Japan are somewhat disconcerting.

In the closing years of the Pacific Theater of War, the Imperial Navy and Army formally established Japanese Special Attack Units which specialized in bomb-laden suicide missions. Examples of the myriad of the delivery platforms included:

With accurate Japanese record keeping shaky at best during 1944-1945, the population of the Empire was estimated at 72 million. It’s universally accepted by historians that the overwhelming majority of the Japanese people approved of the Special Attack Unites to defend not only the holy ground that was Japan, but also their God-Emperor.

Also accepted that with Nationalist Shintoism the state religion at the time, those who died as martyrs for the God-Emperor would be enshrined in Tokyo’s Yasukuni Shine, forever to be venerated as what Christians would define as a saint. Along the same lines, most if not all who advocate violent Islamic jihad present-day essentially believe the same principle applies to those who recently killed themselves in suicide missions in Brussels and the thousands of other like actions.

While the exact number of Imperial soldiers and sailors who comprised the Special Attack Units have never been exacted, it’s also accepted that the ranks were roughly 7,000 troops. That number would equate to no more than 0.001 percent of the Japanese population.

Conversely, the same percentage of 0.001 if applied to the 364 million Muslims who approve of violent jihad would be 35,000 followers of Mohammed ready, willing and able to die for their prophet. It’s noteworthy that unlike the jihadists of 2016, the Kamikazes of 1945 didn’t have ready access to nuclear, biological or chemical weapons. 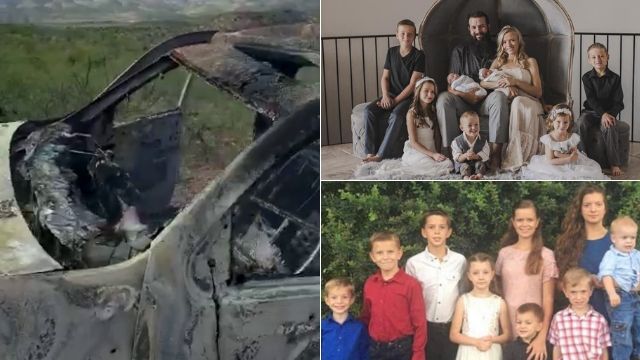