Kamala Harris spoke before the NAACP on Friday, and praised the founders of Black Lives Matter. As Biden’s “running mate,” she appears oblivious to the mainstream Americans who have no desire to become Communist or Socialist. The three founders, Alicia Garza, Patrisse Cullors, and Opal Tometi are about as far left as you can go. Alicia and Patrisse are lesbians who have openly stated they are “trained Marxists.” Opal Tometi is a supporter of Nicholas Maduro in Venezuela.  This is what Americans have to look foward to if Biden wins.

Her thought is that Black Lives Matter “fights for justice.” Like most liberals who have no clue whatsoever about the movement, she thinks they’ve made advancements in for Black Americans – but the only thing they have done is cause mayhem and death. She thinks they are “peaceful protesters.” Their impact has been to kill numerous police officers, divide the country, and create a heinous state of problems that are extremely difficult to solve.

I actually believe as a former prosecutor, that Black Lives Matter has been the most significant agent for change within the criminal justice system. Because it has been a counter force to the force within the system that is so grounded in status quo and in its own traditions, many of which have been harmful, and have been discriminatory in the way they’ve been enforced.

Harris spoke about her own experience attending a Black Lives Matter protest in May in Washington, DC. Harris joined demonstrators outside the White House on May 30, where activists had attacked police officers and journalists hours before. She explained that she grew up attending anti-apartheid protests with her parents, who met in the civil rights movement.

Nothing that we have achieved in our country that has been about progress, in particular around civil rights, has come without a fight. And so I always am going to interpret these protests as an essential component of evolution in our country, as an essential component, or mark, of a real democracy, and as necessary, as necessary. The people’s voices must be heard. And it is often the people who must speak to get their government to do what it is supposed to do, but may not do naturally, unless the people speak loudly — and obviously peacefully — but speak loudly.

There are probably some within the movement who choose to be “peaceful.” But many more are not. Trained Marxists are not “trained” to be peaceful, as we have seen in the last several months.

Let’s remember that Kamala Harris is the most left-wing vice presidential candidate in our history. #VoteRed in November. 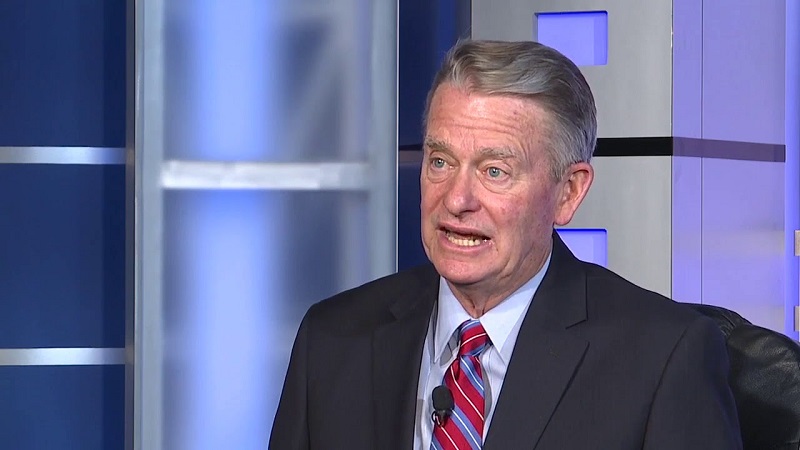 Masks for Thee, But Not for Me: Idaho Governor Brad Little Shows His Hypocrisy (Again)