The FBI raid at Mar-a-Lago – and yes it was a raid because the FBI agents were armed and unannounced – was conducted with a search warrant signed by Judge Bruce Reinhart. According to Christina Bobb, one of Trump’s attorneys, the FBI was actually invited into the Mar-a-Lago residence in June and went into that same storage area where they looked through all the same documents that they carried out in the raid. They went through Melania’s wardrobe and searched his private office, and breached his safe (finding nothing in it).There was no need for the “show.”

“Nothing had been hidden and nothing had been kept secret from them, which makes this all the more ridiculous…They don’t want to disclose what they’re doing, because what they’re doing is wrong. And so they want to hide it behind the premise of  ‘Oh, it’s a matter of national security and classified documents, so we can’t disclose to you what we’re doing or why we’re doing it. But just trust us. We’re not lying to you.”

Zero Evidence that Trump would not have cooperated – did they plant something in the documents?

President Trump cooperated fully in June when agents arrived. His attorney said he was kind and cooperative and invited them to look around. That all changed with the 2 dozen or so armed FBI agents that descended on the resort and stayed for roughly 10 hours the other day. And they absolutely refused to allow his attorneys to watch what they were doing. They also refused to let the Trump attorneys see the probable cause affidavit. Judge Bruce Reinhart sealed the affidavit, which will force the attorneys to contact the court. We can guess what he will say when they ask for it to be unsealed. The secrecy was totally unwarranted.

Bobb stated that yes, the FBI left the place “neat” and picked up their garbage. All they got were documents, the same documents they looked at in June. She stated the DOJ would have to prove that Donald Trump knew exactly what was in that storage area, that he personally and deliberately committed a crime, and that’s “just not the case.”

The FBI and others from the Federal Government would not let anyone, including my lawyers, be anywhere near the areas that were rummaged and otherwise looked at during the raid on Mar-a-Lago. Everyone was asked to leave the premises, they wanted to be left alone, without any witnesses to see what they were doing, taking or, hopefully not, “planting.” Why did they STRONGLY insist on having nobody watching them, everybody out? Obama and Clinton were never “raided,” despite big disputes!

Reinhart was elevated to magistrate judge in March 2018 after 10 years in private practice. That November, the Miami Herald reported that he had represented several of Epstein’s employees — including, by Reinhart’s own admission to the outlet, Epstein’s pilots; his scheduler, Sarah Kellen; and Nadia Marcinkova, who Epstein once reportedly described as his “Yugoslavian sex slave.”…

Reinhart was later named in a civil lawsuit by two of Epstein’s victims that accused him of violating Justice Department policies by switching sides in the middle of the Epstein investigation, suggesting he had spilled inside information about the probe to build favor with the notorious defendant, the Herald reported in 2018.

In a 2011 affidavit, Reinhart denied he had done anything improper and insisted that since he was not involved in the federal investigation of Epstein, he was not privy to inside information about the case.

However, in a 2013 court filing, Reinhart’s former colleagues contradicted him, saying that he had “learned confidential, non-public information about the Epstein matter” while employed by the US Attorney’s Office. Reinhart noted to the Herald in response that a complaint filed against him by a lawyer for Epstein’s victims had been dismissed by the Justice Department.

Then there’s this gem from Judge Bruce Reinhart’s Facebook page after the death of John Lewis. Trump had tweeted that Lewis should take better care of his district, since it was falling apart. Reinhart took the opportunity to disparage Trump:

Think about this for a minute: The FBI deliberately took their request for a search warrant to a judge that was known to dislike Donald Trump. Instead of the standard request for documents or even a formal subpeona, they show up while he’s out of town and with armed FBI agents, to search for the “classified documents”. The ones they’d already gone through in June.

“No such FBI raid was conducted when we discovered that Hillary Clinton, while Secretary of State, had installed a computer [server] in her office in her home in New York that contained thousands of government communications and emails, including classified materials. … She had her lawyers destroy 33,000 emails that she said were personal. The Justice Department never, ever actually got to look at them to see whether they were personal or not, and yet she was never charged. Her house was never raided.”

And that fact alone shows this was a politicized move. 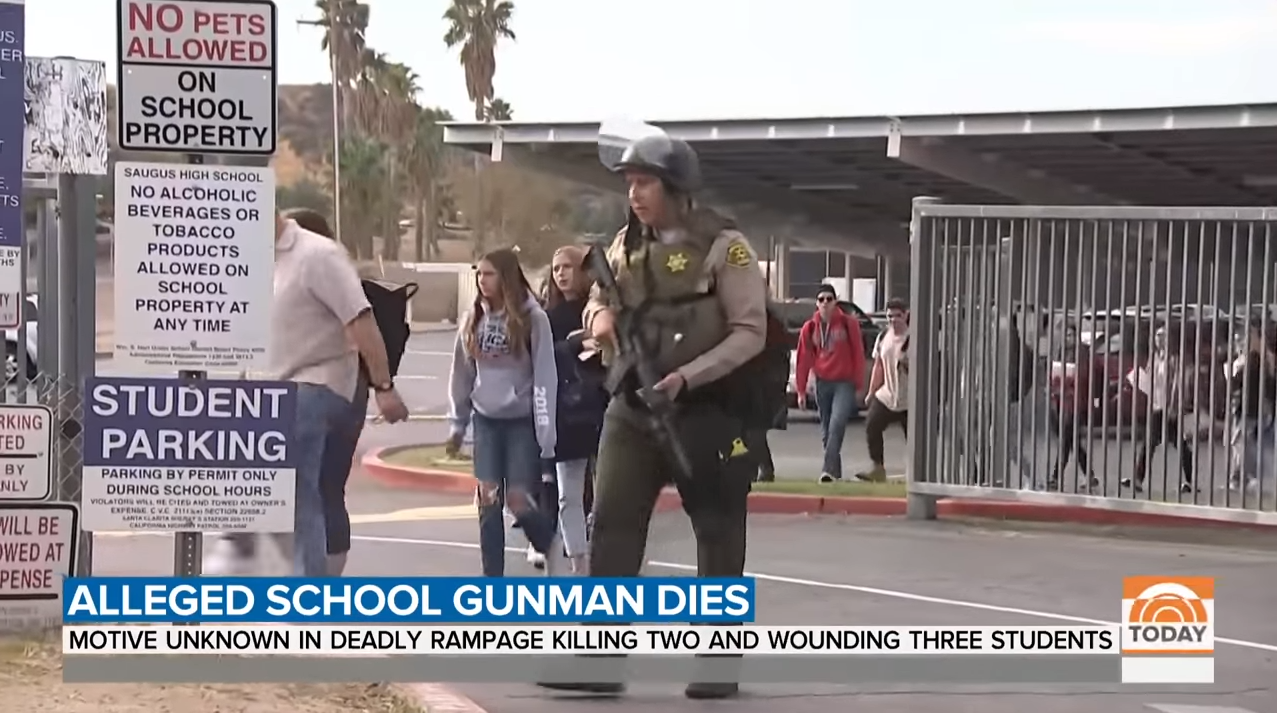