Talk about Trump Derangement Syndrome.  On Saturday, a former assistant special Watergate prosecutor suggested that President Trump could be arrested by U.S. Marshalls if he were to defy a subpoena to appear before Special Counsel Robert Mueller.

“At that point, they would make a motion to hold Donald Trump in contempt,” attorney Nick Akerman told MSNBC propagandist Joy Reid.

“The question would be what would the federal district court judge do in terms of a remedy? Normally, a person who refuses to testify before a grand jury winds up being incarcerated for the time period of the grand jury, which can be up to 18 months,” Akerman said. “So, one way to enforce it is to have Donald Trump taken by the federal marshals and put in federal prison until he testifies.”

Reid upped the ante: “What if he refuses to open the White House door? What if he fires any Secret Service agent who would allow the federal marshals in? What if Donald Trump simply decides ‘I don’t’ have to follow the law. I refuse to be held under the law. No marshal can get into the White House and any Secret Service agent that defies is fired’?”

“At some point, he has to come out of the White House,” Akerman said. “The U.S. Marshals will be directed to take him into custody, bring him before the federal district court judge.”

If Trump does not invoke the Fifth Amendment, Ackerman said, he could be thrown into prison.

“He’ll be basically told that either he goes in and he testifies or he takes the Fifth Amendment. If he takes the Fifth Amendment, there’s not a problem,” he explained. “If he refuses to answer on the ground that a truthful answer would tend to incriminate him, he has the right to do that. If he does that, there’s no contempt. If he doesn’t do that, he can be directed to go directly to jail, do not pass go. Do not collect $200. End of story.”

Naturally, this didn’t sit too well with many on Twitter:

Nothing like a little light treason in the morning. The delusions of the deranged anti-Trump left are becoming more ridiculous by the day. https://t.co/iPv1BOSfN4

These are considered serious people on the Left https://t.co/pnZbYwI7W2

As Twitchy noted, there was a lot of dreaming taking place in this segment, as the Trump Derangement Syndrome was on full display for everyone to see.

Of course, such a move could have devastating consequences. 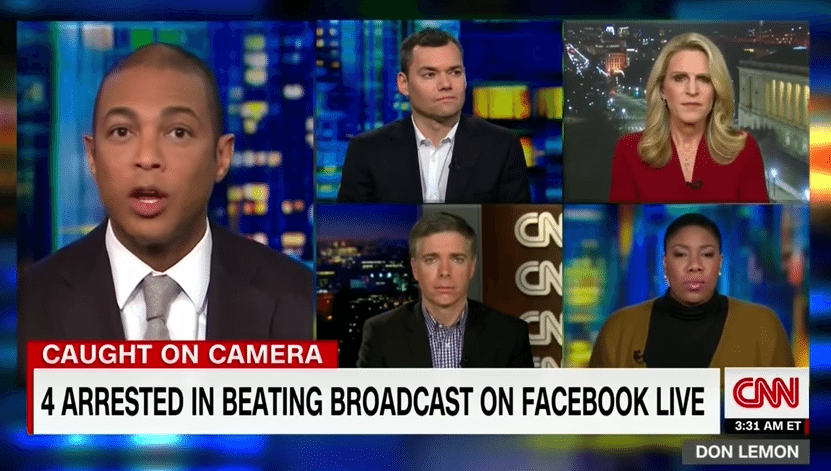