On Thursday, the inappropriately-named Joy Behar declared GOP nominee Donald Trump a traitor and said he should be brought up on charges of sedition, in part because he refused to basically concede defeat during Wednesday night’s debate.

“Everyone’s talking about how it undermines democracy, but he’s been doing that all along,” she said.

“He’s been praising dictators. He praises Assad, who used chemical weapons on his people. He basically disses our country and our president and praises dictators and people who use chemical weapons on their people. That’s who he is. America knows that now. We all know it. She’s going to win, and that’s it. Because he basically is a traitor. He should be brought up on charges of sedition. Sedition definition—conduct or speech inciting people to rebel against the authority of a state or a monarch. I think that making jokes about assassinating your fellow — what do you call her — nominee, Hillary Clinton, is the definition of sedition. If you look on Twitter, all these people are coming out of the woodwork making anti-Semitic tweets, racist tweets. he has incited sedition. He should be brought up on charges.”

Here’s video of her uninformed comments, courtesy of Breitbart.com:

Besides the fact that Behar’s comments fall far short of the truth, she revealed a stunning bit of hypocrisy.

By her definition, a number of Democrats should now be in jail for basically doing the same thing.

Of course, Behar will never address that. 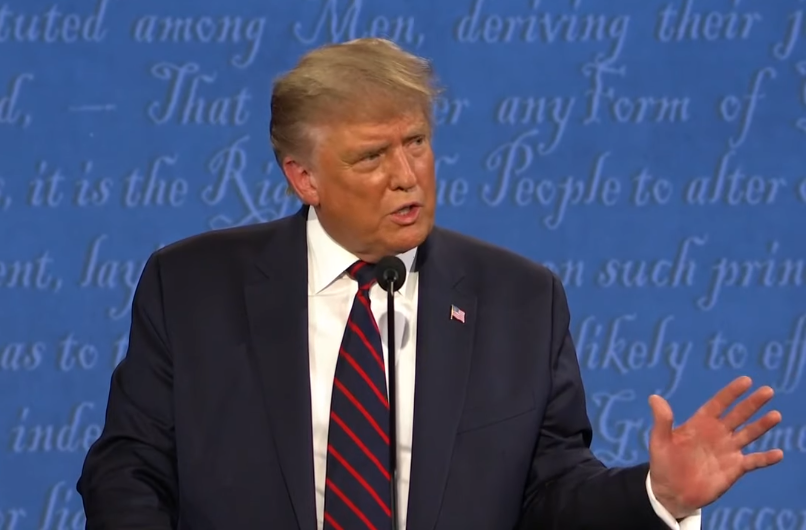