There are numerous indices that can be used to quantify how disastrous Barack Obama and his signature health care law have been for the country. One is a Kaiser Family Foundation poll referenced in a post this morning by Jeff Dunetz, which found that unfavorable-to-favorable views of Obamacare currently run two to one — and that’s among uninsured Americans, the people the law was expressly designed to help.

Another is the Obama Incompetence Scale shown here.

One of the most reliable barometers of how great a failure the Obama presidency has been is the Daily Show Index of Presidential Putridity (DSIPP), which gauges laughter with and at the current occupant of the Oval Office.

As a control, consider that during his presidency, George W. Bush’s performance rose to –150 Stewarts (the unit of measurement on the scale), which is a terrible rating. In contrast, during the first three years of Barack Obama’s tenure in the White House, his performance reached 200 Stewarts, which is a record rating.

Despite its flagging reputation in the time since (on Tuesday the Jon Stewart Institute officially declared that Barack Obama had entered the “f*ck it” stage of his presidency), last night marked a new low for the administration. House Minority Leader Nancy Pelosi (D-CA) sat down with host Jon Stewart himself, who challenged her to explain why government is functioning so abominably. Said Pelosi:

Right now, we have a school of thought in the House Republican caucus that is anti-government, anti-science, anti-Obama. They have a trifecta that just enables them to vote against everything.

Stewart was unwilling to accept that fatuous argument lying down, but the situation grew immeasurably tenser when he asked why it was so difficult for the administration to find a vendor capable of executing the Affordable Care Act’s insurance exchange website “competently.” Pelosi’s curt answer was “I don’t know.”

“What do you mean you don’t know? How do you not know?” Stewart shot back laughing. “Do we have a foundational problem?” he went on to ask. “Is there a corruption in the system that needs to be addressed?”

A video of the entire interview is here.

And to think there was a time when comedians remarked, almost semi-wistfully, that Obama was simply too cool to joke about. 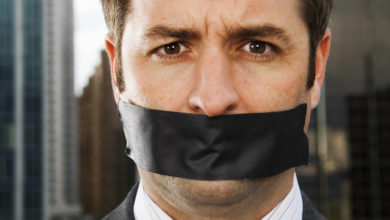