AS per the (yesteryear and recent) revealingly infamous statement by totalitarian-bent Rahm Emanuel (and others of like-mind), that is, HUSSEIN Obama’s henchman and “play-mate”, “Never allow a good crisis go to waste. It’s an opportunity to do the things you once thought were impossible”, covid-19 seamlessly dovetailed into the heist of the century; the electoral steal! Incontestably. Beyond brazen, too.

KNOW this: this wildly dangerous state of national (and international) affairs couldn’t come to pass without the heavy-lifting and threats extending across every spectrum and deviation — even those who are normally considered the least threatening type of folks, the so-called geeks! Indeed, data/mathematics professionals, for heaven’s sake, have fallen victim to the totalitarian mobs — now forced to “retract” their findings, if they have any semblance of hope to remain afoul of cancel culture!

ONTO the latest “retractors”…..

Conventional wisdom is that COVID-19 has caused thousands of deaths in the United States and nearly 1.5 million worldwide. This perception has been directly challenged by a study published by Johns Hopkins University on November 22.

Genevieve Briand, assistant program director of the Applied Economics master’s degree program at Johns Hopkins University, critically analyzed the impact that COVID-19 had on U.S. deaths. According to Briand, the impact of COVID-19 on deaths in the United States can be fully understood by comparing it to the number of total deaths in the country.

According to the study, “in contrast to most people’s assumptions, the number of deaths by COVID-19 is not alarming. In fact, it has relatively no effect on deaths in the United States.”

That’s what it says.  And, it should come as no surprise that the study was deleted within days.

Luckily, a back-up copy remains on The Wayback Machine, and we can still read the study.

So, how exactly did the study conclude that COVID-19 has had “relatively no effect on deaths”? Here’s how the study made this determination:

After retrieving data on the CDC website, Briand compiled a graph representing percentages of total deaths per age category from early February to early September, which includes the period from before COVID-19 was detected in the U.S. to after infection rates soared.

Surprisingly, the deaths of older people stayed the same before and after COVID-19. Since COVID-19 mainly affects the elderly, experts expected an increase in the percentage of deaths in older age groups. However, this increase is not seen from the CDC data. In fact, the percentages of deaths among all age groups remain relatively the same.

Briand’s analysis found that the range of deaths amongst the older population has remained within the range of past years.

So, if COVID-19 has actually had no significant impact on U.S. deaths, why does it not appear that way?

To answer that question, Briand shifted her focus to the deaths per causes ranging from 2014 to 2020. There is a sudden increase in deaths in 2020 due to COVID-19. This is no surprise because COVID-19 emerged in the U.S. in early 2020, and thus COVID-19-related deaths increased drastically afterward.

Analysis of deaths per cause in 2018 revealed that the pattern of seasonal increase in the total number of deaths is a result of the rise in deaths by all causes, with the top three being heart disease, respiratory diseases, influenza and pneumonia.

“This is true every year,” explained Briand. “Every year in the U.S. when we observe the seasonal ups and downs, we have an increase of deaths due to all causes.”

Here’s where things get interesting.

When Briand looked at the 2020 data during that seasonal period, COVID-19-related deaths exceeded deaths from heart diseases. This was highly unusual since heart disease has always prevailed as the leading cause of deaths. However, when taking a closer look at the death numbers, she noted something strange. As Briand compared the number of deaths per cause during that period in 2020 to 2018, she noticed that instead of the expected drastic increase across all causes, there was a significant decrease in deaths due to heart disease. Even more surprising, as seen in the graph below, this sudden decline in deaths is observed for all other causes.

Briand concludes that the COVID-19 death toll in the United States is misleading and that deaths from other diseases are being categorized as COVID-19 deaths.

There have been reports of inflated COVID-19 deaths numbers for months. Patients who never tested positive for the disease had COVID-19 as their cause of death on their death certificates. In May, Jared Polis, the Democrat governor of Colorado, disputed official coronavirus death counts, saying even those of the Centers for Disease Control and Prevention (CDC) were inflated as the result of including people who tested positive for the coronavirus but died of other causes. In July, a fatal motorcycle accident victim was listed as a COVID-19 death.

On Thursday, Johns Hopkins University explained that they deleted the article on the study because it “was being used to support false and dangerous inaccuracies about the impact of the pandemic.”

The article “A closer look at U.S. deaths due to COVID-19,” published in the Science & Technology section on Nov. 22, has been deleted.

They did not, however, challenge the accuracy of the data or its conclusions. In other words, the article was deleted because it didn’t fit the proper narrative.

IN this regard and in light thereof, is it any wonder that the next progression is…..

Your Papers Please. Ticketmaster Is Clearing The Way For Corporations To Use The COVID Vaccine To Implement A Framework China Would Be Proud Of 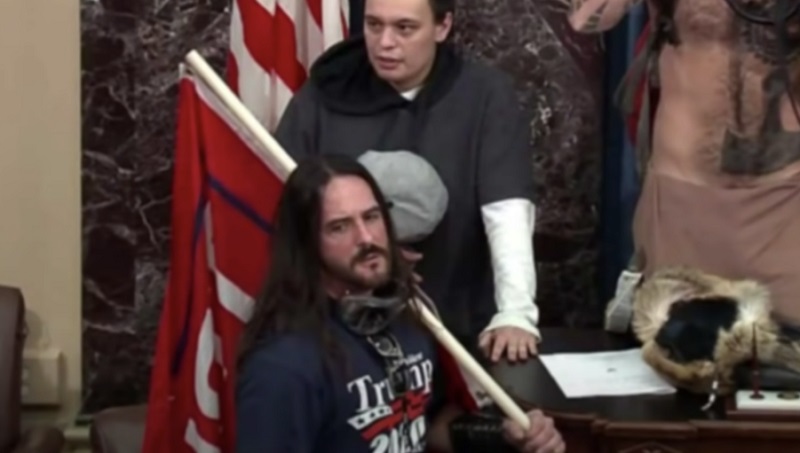