On Friday, the Washington Post reported that Rep. John Lewis, D-Ga., stated that he will not attend Donald Trump’s inauguration, claiming that he is not a legitimate president.  Keep in mind that before November’s election, Democrat Hillary Clinton said that anyone who doesn’t respect the outcome of the election is a “direct threat” to US democracy.

Democratic Rep. John Lewis of Georgia says he doesn’t view Donald Trump as a legitimate president and will be skipping next Friday’s inauguration.

Lewis tells NBC’s “Meet the Press with Chuck Todd” that the Russians helped Trump get elected.

It will be the first inauguration Lewis has missed since he began serving in Congress three decades ago. Lewis says, “You cannot be at home with something that you feel that is wrong, is not right.” Lewis testified this week against Trump’s attorney general nominee, Republican Sen. Jeff Sessions of Alabama.

Democratic Rep. Raul Grijalva of Arizona also says he will stay home to protest what he calls “disrespect” shown to Americans by the incoming administration and by actions in Congress. He says the majority of voters rejected Trump, and they deserve respect.

So much for being gracious in politics.

Trump’s birtherism was rightly condemned by both Republicans and Democrats. So why is it suddenly acceptable for Democrats to enable conspiracy theories about Trump?

Could it be racism?

Looks like it to us.  After all, if Ashley Judd can declare yellow emojis racist, why not?

Quite a week for John Lewis. Testify against Senator he did hand-holding historic event with and now denying electoral college legitimate.

Which brings us back to Clinton’s statement that those who don’t respect the outcome of the election are threats to our democracy.

What say you? Is Lewis a threat to democracy?  Let us know in the comments below: 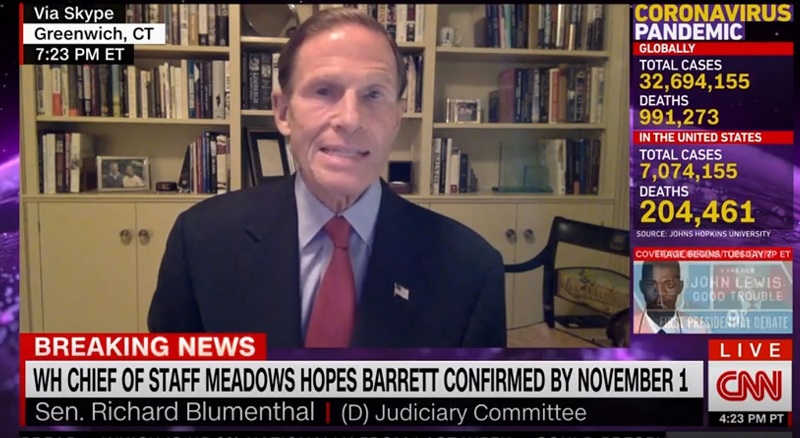