New York Magazine has an embarrassingly fawning piece on Mika Brzezinski and Joe Scarborough of Morning Joe fame (MSNBC). Let’s face it — these are two incredibly inane personalities that can only make it on television if a network has lots of money to waste and nothing to lose.

To be blunt, Joe and Mika are classless pretenders. On one program Mika and Joe thought it was funny to question Trump’s penis size and mental stability. When Trump shot back at them calling Mika “low IQ” and “Crazy Mika,” even saying her face was bleeding from a face-lift. Liberals were outraged because it was “sexist” and unfair. Curiously Trump called Joe “Lunatic Joe” but no one had a problem with that. This gave Joe and Mika a lot of publicity which allowed them to go on a late night talk show where Joe sang a song from his “new release,” and if you were to look close enough you’ll notice Joe, ever the phony, is pretending to play the guitar he’s holding.

But what makes this duo particularly classless is that both left their spouses with children to be with each other. No, they didn’t first get divorces and then find each other after as advertised. It’s the other way around and we know this from this article in 2013 and another here. There is nothing interesting in these two nor their equally boorish guests made up of plagiarizers, failed hosts of failed TV shows, whom, if not for the generosity of MSNBC, would probably be pickpockets or shoplifters or both. What is interesting is the lack of imagination or taste in people who think Joe and Mika are deserving of their fame. Mika is a former anchor-woman of a local low-end television news program and Joe is a former Republican congressman of no accomplishments who makes his career criticizing Republicans, hence his fame with liberals.

Which brings us to someone named Olivia Nuzzi of New York Magazine who writes an article, “Donald Trump is Not Invited to The Wedding: Joe, Mika and their star-crossed relationship with the president.” Mika and Joe are obsessed with Trump. Mika gave Joe a rabbit for his birthday (yeah, I know, who does that?) and they naturally named it after the president. But what we learn in the article is not only what passes for trendy New York intellectual reading but how sick these two are:

It was when Ducky met Donald Fluffy Trump that it first became clear nothing was quite what it seemed. “We found out that Donald Trump was actually Melania Trump,” Scarborough said. “The rabbit comes to my house, and my little, tiny black rabbit … starts … mounting,” Brzezinski recalled, horrified. “I called Joe. I’m like, ‘Uh-oh,’ because Ducky, at that point, was on top of what we thought was Donald. Off the record,” she joked, “they were having so much sex I had to put them in separate pens.”
Donald Fluffy Trump was renamed Melania, and Ducky was renamed Donald Fluffy Trump, but the tangle of furry confusion continued. “I still honestly think they go both ways,” Brzezinski said. “At one point, Joe sent me a Snapchat and Donald was on top, and then he sent me another one and Melania was!” She added, “Every time I turn, there’s someone else on top.”

Catch that? She was “like” uh-oh. There’s a lot of that in this article. Mika was “like” this and Joe was “like” that. I was wanting to, like, throw-up reading this and if it weren’t for Mika being kinda hot in spite of her bitchy-resting-face I would have been, like, doing something else and stuff and not, like, even bothered. 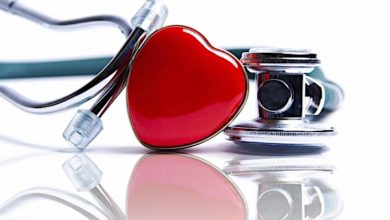