What started off as a he-said, she-said stall tactic by Democrats to delay the confirmation of Brett Kavanaugh has deteriorated into something more and more noxious and obscene with each passing day. First came the unconscionable statements by some Democrats on the Senate Judicial Committee that the burden of proof rests with Kavanaugh, not his accuser. Surely, these public servants whose oath of office includes a pledge to uphold the U.S. Constitution are aware that our justice system operates on a presumption of innocence, not a presumption of guilt.

Last night the story hit what may be rock bottom. The Washington Times reports:

Comedian Jimmy Kimmel told his ABC audience on Monday night that Judge Brett Kavanaugh should be confirmed for the U.S. Supreme Court — provided his “pesky penis” be cut off in public.

“I think there’s a compromise here. Hear me out on this,” he said. “So, Kavanaugh gets confirmed to the Supreme Court. OK. Well, in return we get to cut that pesky penis of his off in front of everyone.”

The Times notes the hypocrisy here. Kimmel, writer Douglas Ernst reminds us, is “the man who once put mystery objects down his pants on ‘The Man Show’ while asking women to guess what was inside.”

But apart from that, the episode is emblematic of the increasingly lower standards the Left is willing to apply in its prejudgment of Kavanaugh’s guilt. This was manifest again this morning in one of the Left’s famous “walkouts,” this one by female Hollywood celebrities in concert with left-wing activist organizations such as Planned Parenthood and NARAL. The purpose of the protest was to show solidarity with Kavanaugh accuser Christine Blasey Ford, despite the fact her story has not been corroborated, much less told.

As if that weren’t enough, some of the marchers carried signs reading “I believe Deborah Ramirez,” a name most can’t even put a face to. That is because she only came forward with her uncorroborated accusations against Kavanaugh on Sunday. There has scarcely been time to hear her story, let alone decide whether she is being truthful, but the Left is clearly far past making rational judgments. 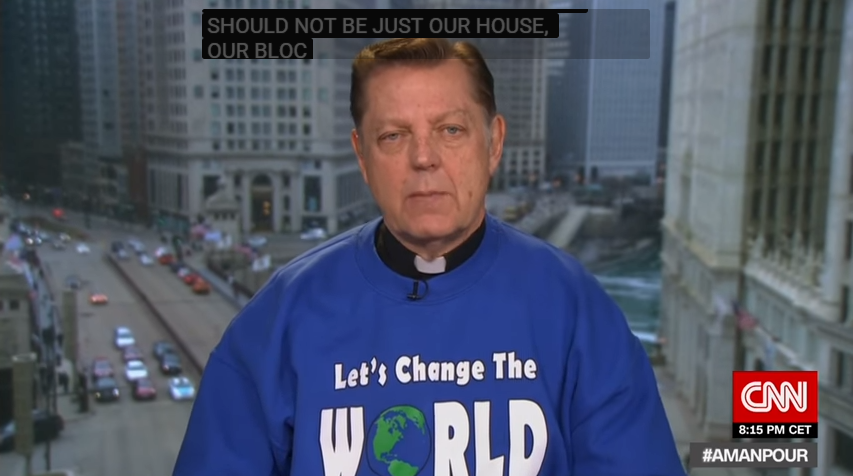