She lost — big time — and her attempted recounts did not produce the desired results.  Nevertheless, Green Party candidate Jill Stein isn’t finished.  In a letter sent by Federal Express to the Obama Justice Department, Stein is demanding the DOJ investigate the election itself, The Hill reported Saturday.

“We write to urge the Department of Justice to launch an investigation into the integrity of our nation’s election system generally, and our nation’s voting machines specifically, based on the information we discovered in the course of this representation,” reads the letter from Stein’s counsel dated Friday.

“The attempted recount process has uncovered that voting machines relied on in these states and across the country are prone to human and machine error, especially in under-resourced black and brown communities, and vulnerable to tampering and hacking,” the letter continued.

“The recount also found that the states’ efforts to protect their systems may be insufficient, particularly in low-income communities and communities of color. Each of these grave concerns warrants federal intervention,” it added.

Stein raised millions after the November election for a recount in Michigan, Wisconsin and Pennsylvania, traditionally blue states where Republican Donald Trump pulled out slim wins over Democratic Hillary Clinton.

The letter also claims that “experts” unanimously agree on what needs to be done to ensure the integrity of the election, but doesn’t name any of them: 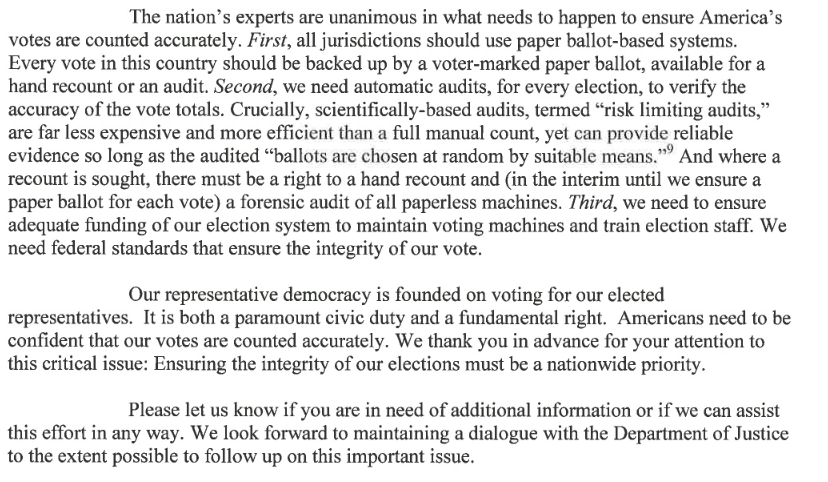 The Green Party recount efforts in Wisconsin and Pennsylvania were shut down by courts while a recount in Michigan affirmed Trump’s victory in the state, with the president-elect picking up more than 100 additional votes in the recount. 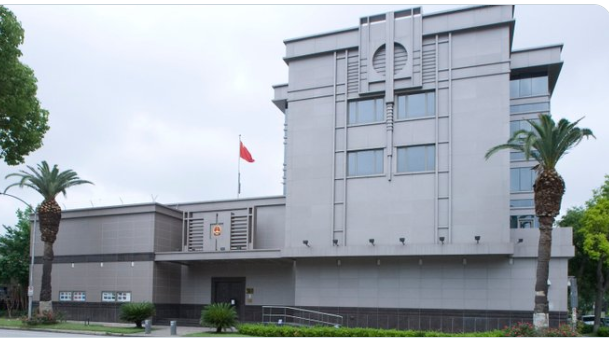