ON a multiplicity of levels, the so-called reportage regarding last Saturday’s jihadi attack in Roanoke, Virginia – in reality, a failed beheading – as always, is wildly off the mark. Dear G-d, have mercy.

IN the main, once again, two of the primary bulwarks to protect the nation – via proactive responses from law enforcement in tandem with non-biased reportage from the “Fourth Estate” – have been torn asunder. To wit, untold catastrophes lie ahead. Alas, in the not too distant future, a disaster-in-the-making awaits.

YES, a major contributory factor to the public’s lulled state is courtesy of thepurposeful storytelling re Allah’s Muslim Terrorists. Last weekend’s Islamic terror attack is more of the same. Indeed, as if on cue, Wasil Farooqui of the Roanoke area is deemed a “disturbed” individual with “mental” problems, or so sayeth the scribblers cited below. Adding to the slumbered mindset, the “other” also failed to fully execute whatever he had in mind and got caught. Therefore, the comatose citizens should move right along and forget it ever happened.

CONCOMITANTLY, DHS, under HUSSEIN’s directives, has tasked its agencies(filtering down to local law enforcement) to take a “hands-off” approach to Islamic jihadi terror. The evidence is overwhelmingly clear that this is the case. In fact – placing aside all the previous attacks – Orlando’s jihadi act of terror, the largest since 9/11/01, is more proof of the same malfeasance.

The FBI investigated the Orlando shooter for 10 months beginning in 2013, putting him under surveillance, recording his calls and using confidential informants to gauge whether he had been radicalized after the suspect talked at work about his connections with al-Qaeda and dying as a martyr.

As part of the investigation, Omar Mateen, who was killed in a shootout with police on Sunday morning, was placed on a terrorism watch list and interviewed twice before the probe was closed in March 2014 because agents concluded he was not a threat, FBI Director James B. Comey said Monday in an interview with reporters at bureau headquarters.

Several months later, in July 2014, Mateen surfaced in another investigation into the first American to die as a suicide bomber in Syria, a fellow Floridian. And, again, investigators moved on.

It was the third time — following the Boston Marathon bombing in 2013 and a planned attack last year on a contest to draw the prophet Muhammad — thatsomeone who had been scrutinized by the FBI later carried out a terrorist attack.

MIND you, as will be seen, the fact that Virginia’s jihadi had been on their radar – for this and that – once again, they didn’t scoop him up! What’s going on? W T F were they waiting for this time? Besides, shouldn’t Orlando have been a teaching tool, a lesson learned, as to what happens when an “on the radar” jihadi is allowed to roam free? Sheesh.

The FBI has launched a federal terrorism investigation into a weekend stabbing in Roanoke, Virginia, looking at whether the attacker may have been trying to behead his victim in an alleged ISIS-inspired assault, sources told ABC News.

Federal authorities have been aware of the alleged attacker, 20-year-old Wasil Farooqui of the Roanoke area, for some time, sources familiar with the case told ABC News. In the past year, sources said, he traveled to Turkey and may have tried to sneak into Syria, where ISIS is recruiting and inspiring sympathizers from around the world.

Farooqui was arrested Saturday by Roanoke County Police on charges of assault with malicious wounding, and he is being held without bond at the Western Virginia Regional Jail, according to the sources and a jail database.

On Saturday, Farooqui allegedly injured a man and woman at an apartment complex in Roanoke, yelling “Allahu akbar” — God is great — as he attacked them with a knife, sources told ABC News.

Authorities believe he may have been trying to behead the male victim, who was likely picked at random, ABC News was told. But on Tuesday — after news of the case surfaced nationwide — a spokeswoman for the Roanoke County Police said that whilethe male victim was cut “all over his body, including his neck,” police do not believe the case looks like a beheading attempt.

Asked whether Farooqui may be suffering from mental illness, the spokeswoman declined to comment.

Farooqui and his two alleged victims were hospitalized after the attack. Their conditions were not clear.

“The FBI is working with the police department following the incident that occurred on Saturday evening,” Adam Lee, the head of the FBI’s Richmond field office and the special agent in charge, said in a statement. “While I cannot discuss details of the investigation at this time, I do want to reassure the community that we are working to determine the nature of the incident.”

ISIS has released several propaganda videos showing the beheadings of Western journalists and others.

AS such, the onus lies with all the jive-talking politicians, media mouthpieces, top blowhards from law enforcement, as well as other apologists for Allah’s Muslim Terrorists, relative to what lies ahead. Islamists in America have non-Muslim citizens in their cross hairs and they have nothing to fear from officialdom. Not to mention, this investigative journalist feels compelled to continuously set the record straight and it is beyond tiresome. Enraging.

STILL yet, in order to understand what’s what, chuck out any nonsense that the Salafists – the so-called hard-liners within Sunni Orthodoxy, akin to ISIS and the like – are out of sync with “practical” Islamists from the Muslim Brotherhood Mafia. Yes, tiffs between Muslim streams have been ongoing for centuries, but this means squat when it comes to killing infidels. You got that?

In May, 2011, Ahmed El-Tayyeb received a delegation from the Muslim Brothers, headed by the group’s Supreme Guide Mohamed Badei’. This meeting was the first of its kind in the history of Al-Azhar and the Muslim Brotherhood. According to the Muslim Brotherhood’s website, the Muslim Brotherhood and Al-Azhar, together with the Ministry of Endowments, are collaborating to form a committee to visit mosques and speak to the people to clarify the message of Islam and its values of moderation, tolerance, and peace. This effort came at the backdrop of violent religious confrontations among Muslim and Copts in Imbaba, Atfih, and other places in Egypt. The agreement, according to the website, came after weeks of unprecedented meetings between Bedei’, El-Tayyeb, and a delegation from the Ministry of Endowments.

Not only the Muslim Brotherhood, but El-Tayyeb also received Mohamed Hassan, the famous Salafi preacher, on May 10, 2011.

WITH the above as an informational backdrop, one dare not overlook the main mosque in Roanoke, Masjid Al Noor/An-Nur. It is Salafist and they do not hide this fact. This is their “barracks within.” 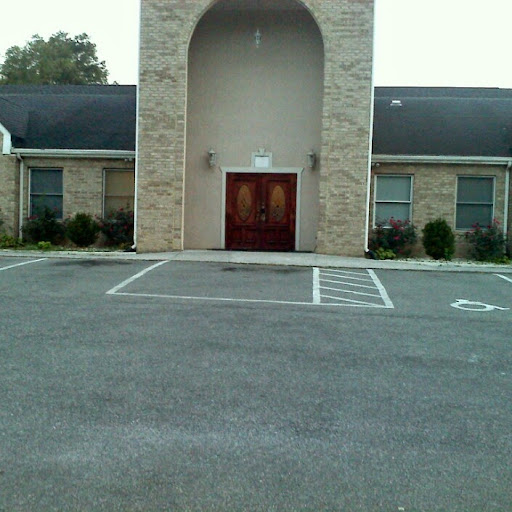 MORE specifically, a premiere counter-terror investigator – none other than Dave Gaubatz – wrote the definitive treatise on the subject, Muslim Mafia: Inside the Secret Underworld That’s Conspiring to Islamize America, and investigated the aforementioned mosque, as well as hundreds of others throughout America. This patriot attests, vouches, to its absolute violent teachings! Now, if his evaluations, as to what’s what, are good enough for this American-Israeli to stake her life on, well…..

WHICH brings us full circle to one of the Board Members at Masjid Al-Noor/An-Nur, the infamous Mohammad Weiss Rasool.

NOW, many haven’t heard of his treachery but others have. But for those not yet in the know, please hang on. His mission for Allah is one of many such betrayals throughout the Muslim-American community. For the record, their acts of jihad are mostly facilitated at mosques, community centers and related Islamic gatherings.

ACCORDING to Dave Gaubatz:

“Former Police Sergeant Mohammad Weiss Rasool….joined the Fairfax County Police Department, which is the largest force in Virginia and a key partner with the FBI in investigating major terrorism cases in the Washington area, including the 9/11 attack on the Pentagon.

But Rasool, an Afghan immigrant, got wrapped up with CAIR and put his religion ahead of his adopted country. In fact, he betrayed it.

A devout Sunni Muslim, he worshiped at an area mosque with at least one fellow Muslim who found himself under surveillance in a major terrorism investigation and approached his pal Rasool with concerns about unmarked cars that had been following him. Rasool agreed to help him by searching a classified federal police database. After confirming that FBI agents were tailing him, the sergeant tipped his Muslim brother off in a phone call…..”

BUT we are not done yet. Not only is Roanoke’s (akin to most local, state & Fed law enforcement, except for those trained under the counter terror wings – though recently clipped but let’s not digress – of the NYPD’s former police commish, Ray Kelly) law enforcement clueless about what animates and sustains Islamic jihad, their main forte is reactive ala mop-up duty. Too little, too late.

ADDING fuel to the incendiary fire, again, the biased media enters the fray. Intrinsically, even local mouthpieces can’t/won’t – six of one, half a dozen of another – get the facts straight. Resultant, leave it to the leftist/liberal/progressive Roanoke Times to lend jihadi cover, spinning and weaving the “mentally ill” angle, even to the point that the terrorist attacker heard voices! O M G. Similarly, the dodging played out at WDBJ7, to the point of giving Correlli Rasheed of the The Masjid An Nur Islamic Center in Roanoke a platform to set the record straight. Mind numbing.

The Masjid An Nur Islamic Center wholeheartedly condemns the attack that took place in Roanoke (Saturday). We stand with our fellow citizens and wish for the speedy recovery and healing for injured and their loved ones.

While an investigation is on-going as to the motives of the attacker, terrible acts such as this one violate the basic tenets of any religion, including Islam. There is never any justification for terrorism and violence. Anyone who takes or attempts to take the life of another is not following the teachings of their religion.

READERS, fellow patriots, you can’t make this nightmare up. Truly, do their apologists really believe that they will be spared from Allah’s Muslim Terrorists?? And it is against the above dramatic backdrops that Farooqui received his schooling. Hmm.

DESPITE all the warning signs, far too many non-Muslim citizens are willing to remain as blind as bats. They prefer to ignore the stepped-up methods of Islamic jihad within America and the west at large, just as long as the carnage remains far enough removed from their locale as well as “intermittent.” Earth to fantasists: each and every attack within ones national borders must be considered akin to a probing, whether “successful” or not! As is said, this is where the rubber meets the road.

MOST significantly, not unlike the leadership’s failure to learn relevant lessons prior to 9//11/01 (which could have prevented it), so too the upcoming coinage will be extracted at an inordinately high cost. Guaranteed, it will be a devastating blow. Moreover, let the record stand: just like 9/11/01 didn’t have to happen, the ensuing carnage dare not be recorded as a “bolt out of the blue.” The proofs as to what is in store have been amassing for years, nevertheless, they have been purposely ignored for sundry reasons. They include, but not exclusively so, political expediency and ideological die-hard prisms.

NOT to belabor the obvious, the next go around will make 9/11/01 pale in comparison, as if it was child’s play. And don’t think many in America’s powers centers aren’t duly aware. They are.

Man arrested for attempting to build small army for ISIS 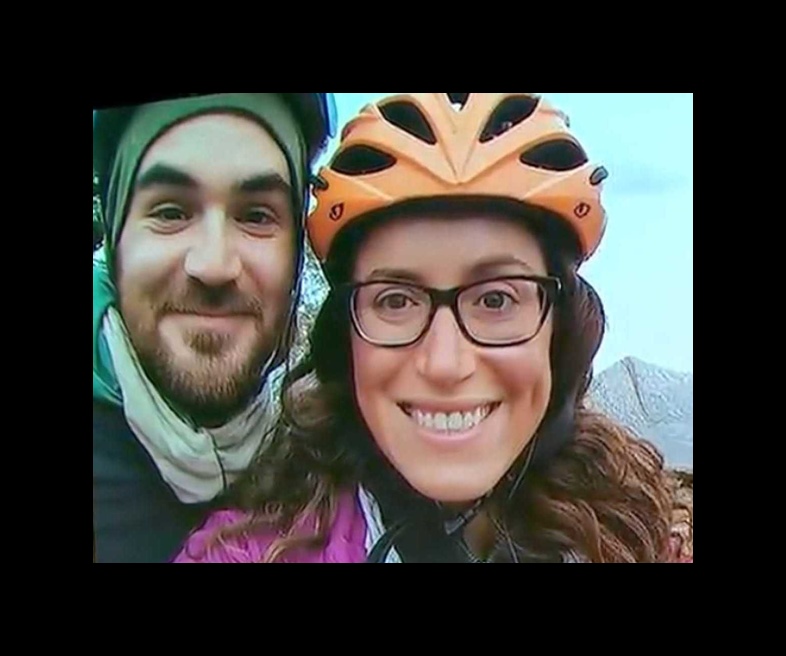 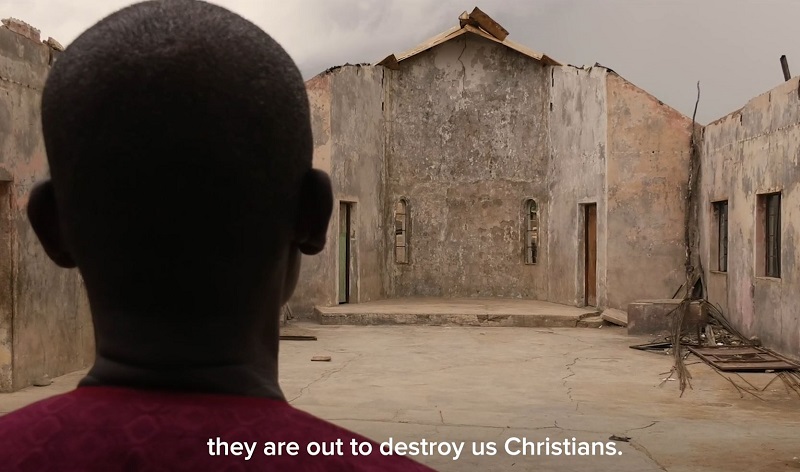 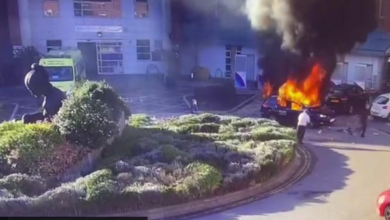