Psaki is a fierce defender of Democrat policies and is capable of obfuscating the issue when asked a direct question. MSNBC will be a good fit.

It has long been speculated that White House Press Secretary Jen Psaki would be heading over to network news once she left the White House sometime around May.

Despite her penchant for prevarication, she had been courted by several networks including CNN, but she’s now in exclusive talks with MSNBC about her post-administration career.

It’s not uncommon for former White House Press Secretaries to get jobs on cable news. Several former Republican WH Spox work at various news outlets — Sean Spicer hosts a show on Newsmax, Kayleigh McEnany is a contributor on Fox News, Nicolle Wallace hosts a show on MSNBC, and Dana Perino is everywhere on Fox News. Even Sarah Huckabee Sanders was a Fox News contributor for a time.

Circle Back Psaki is not going to replace Rachel Maddow for the 9 pm slot, but she is getting her own show on NBCUniversal’s streaming platform, Peacock. She will also be brought in as a contributor on other shows.

Psaki has been in close consultation with the White House counsel’s office about her departure, according to two sources familiar with the plans. She’s been treading carefully on the ethics and legal aspects of her plans.

This comes on the heels of Vice President Kamala Harris’s former advisor and senior spokesperson, Symone Sanders, inking a similar deal with MSNBC. Sanders’s show, Symone will air on MSNBC at 4 pm (ET) on Saturdays and Sundays, and then on the network’s streaming hub, Peacock, on Mondays and Tuesdays.

Paski’s move to cable news is no surprise, but the question is if she will remain a commentator as Perino, McEnany, and Spicer have, or will she suddenly transform into a “serious journalist” as Nicolle Wallace and ABC’s George Stephanopoulos have done.

Either way, the charade must go on…

Psaki was asked about the truth of the rumor during the briefing.

CBS's @EdOKeefe: "[I]s it ethical for you to conduct this job while negotiating with a media outlet?"

Psaki: "Well, I have always gone over and above the stringent ethical and legal requirements…I take that very seriously…I have received rigorous ethics counseling[.]" pic.twitter.com/0dENtRPwLn

NBC's Kristen Welker to future colleague, Jen Psaki: "Given the reports…how can you continue be an effective briefer if you…have plans to join a media outlet?"

Psaki says she has "nothing…to announce" and any departure would start with sleep and time with her kids. pic.twitter.com/Nkpm2sELxp

Welker: "Broadly speaking, is it the policy of this WH to have staffers have discussions even if indirectly with institutions that impact & affect their jobs & your job here?"

But then it was back to business as usual trying to hold their future colleague’s feet to the fire. (Riiiight.)

Every reporter in that room knew that Psaki was negotiating with several networks for a show behind the scenes while acting as the Official White House Spox. They all just went on with the charade of asking and answering questions from a known future colleague.

Not gonna lie, I’m gonna miss the Peter Doocy vs Little Red Lying Hood exchanges like this one…

The Biden administration continues to blame gas prices on Putin.@pdoocy asks if they will use this excuse until midterms. pic.twitter.com/wxtxUE9vb1 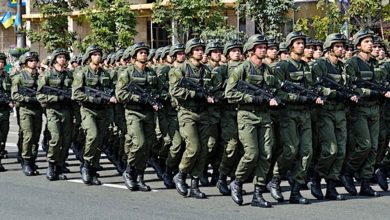