Japanese leaders and citizens went into a panic when North Korea launched a missile that went directly over their country.  It is just the latest in a long series of provocations from the midget madman Kim Jong Un.  After the missile was spotted, a Japanese official put out a directive for people to head to a sturdy building or a basement until the threat was over.

It is the first missile fired over Japan since 2009.  Shinzo Abe, the Prime Minister of Japan, assured his citizens that he would do all he can to protect them.  The Japanese did not try to bring the missile down and it broke up into three pieces and fell into the ocean 700 miles from Japan.  The missile is estimated to have traveled 1700 miles in eight minutes.

Previous launches by the dictator have always avoided Japan. But any launch towards Guam such flights would have to pass over the Asian island nation.

The launch, from Pyongyang, comes after Seoul’s National Intelligence Service (NIS) told South Korean lawmakers at a closed door parliamentary session that it has detected signs of the secretive state preparing for another nuclear test at its Punggye-ri underground test site.

Japan’s Prime Minister Shinzo Abe said he would do all in his power to protect the Japanese public.

‘We will make utmost efforts to firmly protect the lives of the people,’ Abe told reporters in brief remarks as he entered his office for emergency meetings on the missile firing. 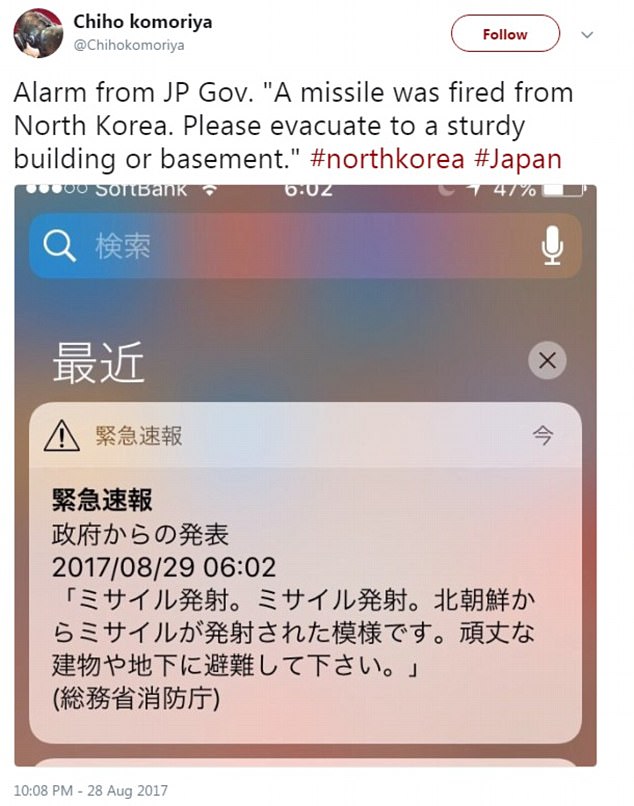 A statement read: ‘We assess North Korea conducted a missile launch within the last 90 minutes.

‘We can confirm that the missile launched by North Korea flew over Japan. We are still in the process of assessing this launch.

‘North American Aerospace Defense Command (NORAD) determined the missile launch from North Korea did not pose a threat to North America.
‘We are working closely with Pacific Command, Strategic Command and NORAD and will provide an update as soon as possible.’

British Foreign Secretary Boris Johnson has said he is ‘outraged’ by the ‘reckless provocation’ of North Korea’s latest missile launch.
North Korea launched a rocket over Japan in 1998 and then a satellite payload in 2009.

Because of the area that the missile covered, it is believed to be a message to the United States and President Trump that the Antifa-like dictator was openly threatening Guam.  North Korea has been counting on protection from China and Russia.  But it’s not certain that they will defend North Korea launching a missile over Japan.

General Mattis has not commented yet, but should North Korea continue threatening various neighbors and the United States, their continuing support could be called into question.

China has in the past, at least publicly, chastised North Korea and called for them to stand down, but we have no idea what is being discussed between the two countries.  Without China, the North Koreans would be hard-pressed to buy the necessities needed to feed the communist country. 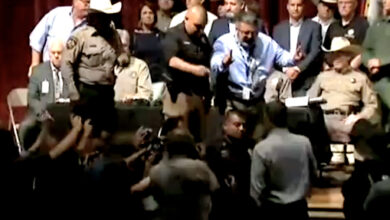