General James Mattis was a legendary Marine. But something awful has happened to him of late: his bashing of the President and his America First policy appears to come from having his gravy train disrupted. The legend has disappeared into the DC swamp – he now works for The Cohen Group, a company that has huge ties to China. He did not disclose that fact as he was bashing the President over the “America First” policy, and encouraging a Biden administration to remove it entirely from US foreign policy.

“In an online column denouncing President Trump’s “America First” policy that includes measures regarding Beijing, ex-Defense Secretary James Mattis did not disclose his affiliation with an organization that fosters international business deals with communist China.

As coauthor with three other writers in a Nov. 23 Foreign Affairs column, Mattis did not mention that he works for the [sic] The Cohen Group consulting firm. Nor did he challenge China’s tough talk against U.S. policies regarding Taiwan, nor the strict economic retaliation Beijing levied against Australia.” Washington Times via Clash Daily

He and three other liberals wrote an op-ed in “Foreign Policy,” part of which read:

“In practice, America First’ has meant ‘America alone’. This has damaged the country’s ability to address problems before they reach the U.S. territory and has thus compounded the danger emergent threats pose.” James Mattis

What happened to the guy who told Congress in 2018 that Russia and China were the gravest threats to America? (Daily Mail) It appears that guy is gone forever.

In fact, Mr Mattis, the America First policy has enabled the United States to increase our own industry, grant jobs to our people, and give us a more solid footing in the world. Secretary of  State Mike Pompeo took him to task on the statement:

“I have a lot of respect for Jim, but he’s just dead wrong on that. America First has been at it’s heart a recognition that when America is secure at home, when America does good things for our own economy, for our own prosperity, that America will be a force for good all around the region and that indeed we can’t deliver increased security around the world when America is not secure.

I take great umbridge to that fact it’s been ‘America Alone’. I would tell you that our Japanese colleagues, our South Korean colleagues, our Australian colleagues all know our Pivot to Asia was a joke but that the United States under Trump delivered real benefits to them and whether it was the work we’ve done to build out an enormous coalition to go after the socialist Maduro to go after the Cubans, these are real coalitions, real things that work. It wasn’t America Alone, it was us doing it with our friends and allies based on shared interests and a reality that recognized central facts about what is and not pretending that things are as we would like them to be.” Mike Pompeo, Secretary of State

Trump once said, “I think James Mattis is a Democrat.” And while it was said “tongue-in-cheek,” it appears to be correct. James Mattis is not as a “apolitical” as he let on. He has spent his time outside of the Trump administration criticizing the President’s policies. 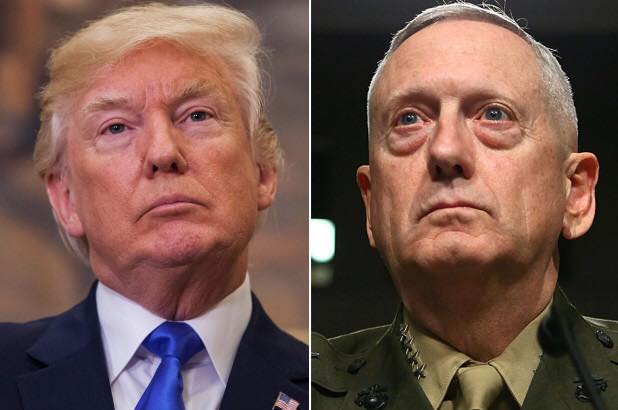 Consorting with the enemy?

China is a market of enormous opportunity and complexity. The Cohen Group’s (TCG) China Practice has a solid record of success with professionals in offices in Beijing, Tianjin and Washington, DC.

Building upon decades of experience, on-the-ground management expertise, and long-time personal and professional relationships throughout the region, TCG’s China Practice helps companies succeed in the Chinese market. TCG enables Fortune 500 Companies, as well as small- and medium-sized enterprises, to achieve their commercial goals in China through tailored government, business, and media relations strategies.

Is America First a threat to the gravy train?

During the beginning of the pandemic, it took President Trump’s executive order for America to ramp up our own medicines and PPE – China had literally cornered the market on all of the necessary pieces and parts.  Mattis thinks that the US should “maintain a presence” in Asia to mitigate China’s monopoly on medicines and equipment. Trump has never suggested we not “maintain a presence.”

In effect, James Mattis is “consulting” for a lobbying firm for the Chinese Communist Party. His lack of transparency in disclosing that fact doesn’t ring right.

In a Supreme Court ruling in 2019, it was decided that even retired military officers could be court martialed for crimes they commit while retired. (Military.com).  All Marine Corps officers take an oath:

Where do your loyalties actually lie now, James Mattis?