Deep the heart of Texas, about an hour north of Houston up Highway 59, lies the small town of Livingston. According to the sign at the city limits, Livingston is the home to 5,335 people. There are numerous businesses and civic organizations including, until recently, a Walmart.

The closure of Livingston’s Walmart puts the small Texas town at the center of a conspiracy theory regarding an alleged plot to impose martial law on seven U.S. states this summer. The theory holds that a military exercise, codenamed “Jade Helm 15,” is a cover for soldiers to take positions across the southwest in order for the government to implement martial law. When Walmart announced five store closings earlier this month, including two in Texas and one in California, many websites arrived at the conclusion that the Walmarts were being coopted by the military either as staging areas for Jade Helm or detention areas for detainees who would be arrested under martial law. Examiner investigators went to Livingston, home of one of the two closed Walmarts in Texas, to look into these allegations.

The Livingston Walmart is located in a bustling business district about a quarter-mile from Highway 59. The area is heavily trafficked and there are numerous other businesses, both large and small, nearby. A Lowe’s home improvement store and HEB grocery store were both located within a short distance. Like many Walmart stores, this one appeared to have been built on the outskirts of town and drew other businesses around it.

The first impression upon arriving at Livingston’s Walmart is that the store is far from abandoned. The parking lot is relatively full of civilian vehicles. Blue-shirted Walmart associates walk to and from the building from their cars. There are also landscape crews in the parking lot.

The Livingston Walmart is a standalone super center. From a distance, the only indication that the store is not open are large white banners that say “store temporarily closed” that hang near the Walmart sign on the store front. The garden center, enclosed by a fence, is bare.

One of the two main entrances is closed. Employees are entering and exiting from the second. We approach the open door and enter through the open glass doors.

Inside, rather than the typical gaping cavern of a Walmart interior, there are temporary walls that form something like a lobby with two doors, one to each side, that lead to the interior of the store. Facing the exterior doors is a folding table with a sign that says “associate sign-in.” At the table sit a Walmart employee and a Livingston city policeman.

We identify ourselves as writers investigating the Jade Helm-Walmart connection and ask to speak with a store manager. The Walmart employee, a middle-aged blonde woman, answers that the managers are not answering questions or giving interviews.

We ask the pair if there has been any suspicious activity and the policeman answers, “Not that I’ve seen.” He adds, “Does it sound like any training is going on?”

The sounds coming from inside do not sound like training. They sound like construction. Drills, hammers and associated noises that would be consistent with a store renovation.

There are windows in the two doors that lead to the interior. What is visible through the windows, looks like a typical Walmart store.

We ask if they know when the store will reopen and both reply that they do not. The work going on inside makes it apparent that Walmart does plan to reopen the store, contrary to the fears of many local residents. KHOU 11 reported that many residents fear that the store is gone forever, along with 422 jobs. Losing the Walmart is a major blow to the local economy.

Taking our leave, we return to our vehicle and drive around the side of the Walmart to where the Tire and Lube Express is located. This entrance is closed as well. The only thing that looks unusual is a large group of pallets piled high with plastic bags marked as mulch, peat moss, and other garden products. These are likely destined for the empty garden center when the store is restocked.

Continuing to the rear of the store, we see… nothing. There are a couple of Walmart trucks at the store’s loading docks, but no people. As we drive around the store, we are unchallenged by police or security.

In light of the conspiracy theories, the most notable absence is any sign of military activity. In spite of some reports of soldiers, military vehicles and helicopters at or near the closed Walmarts, there was no sign of any military activity in Livingston, either near the Walmart or elsewhere. There are no convoys on the interstates, no trains filled with tanks, no uniformed personnel other than the one policeman, and no suspicious men loitering with strange bulges under their shirts. We don’t even see any AH-64 Apache helicopters, a common sight in this part of Texas due to the proximity of army bases and military flight training routes.

As a result of our investigation in Livingston, we have to conclude that there is no evidence to support the theory that Walmarts are being used in conjunction with the military Jade Helm exercise. In fact the only thing to support a connection between the two events, other than pure conjecture, is the timing and location of the store closings.

Even this connection is tenuous. Of the five store closings, only three are in states where Jade Helm will take place. Another closing is in Oklahoma, which borders the Jade Helm area, but the fifth is in Florida, on the other side of the country. Additionally, the closings began almost three months before Jade Helm’s kickoff on July 15. This may even mean that the renovations can be completed and the stores reopened before Jade Helm begins.

The biggest flaw in the conspiracy may be Walmart’s own claim that the store closings are due to plumbing repairs and renovations. It is unlikely that a major corporation would allow the federal government or other unknown forces to seize five stores without putting up resistance. In other cases of government overreach, businesses have fought federal mandates in the courts and won.

Read the full article and see more pictures on Examiner.com 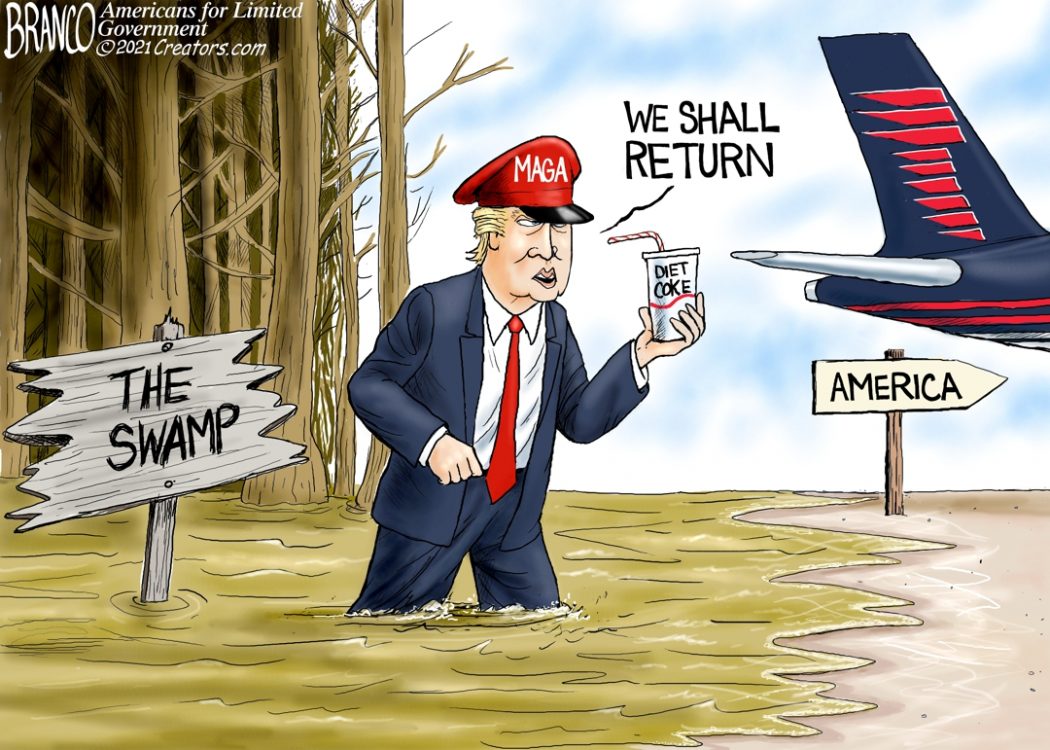 Cartoon of the Day: Parting Words