PLAIN and simple, slaughtering Jews is Koranic-based. In addition, said barbarism has absolutely zip to do with the so-called “occupation.” In point of fact, decades before Israel declared its modern state in 1948, Arabs/Muslims murdered Jews non-stop. Understood? But for those who are inclined towards a more precise historical, non-biased, and accurate rendition of the people who have the legal, historical and Biblical title to Israel from time immemorial, the link within should absolutely suffice.

CONCOMITANTLY, it is common knowledge – at least among non-comatose (Zionist) Israelis – that a day doesn’t go by without plans being made by Allah’s Muslim Terrorists to murder as many Jews as possible, regardless of locale. It is the oxygen that fuels them, the air they inhale, and their raison d’etre.

ADDING insult to grave injury, the following is par for America’s leftist and Arabist-bent media…

MOST ominously, the current slaughter has been linked to an ISIS cell leader based out of Jordan, and this too has catastrophic ramifications.

Khaled al-Mahmara, one of the two Palestinian cousins who opened fire at the Sarona Market in Tel Aviv Wednesday night, killing three Israelis and injuring 17, was a member of a secret ISIS cell at al-Mutah University in al Karak, Jordan. He was in a mission to lead mass terror attacks in Israel, to be orchestrated from Jordan.

ATOP their fire, there are over 100 verses in the Koran MANDATING the killing of Jews – aka apes, pigs, as well as so-called infidels. Christians are up there too in their targeted hit-list. But let’s stick to the Jews for this discussion. Below are some Koranic strictures:

Quran (2:191-193) – “And kill them wherever you find them, and turn them out from where they have turned you out. And Al-Fitnah [disbelief or unrest] is worse than killing… but if they desist, then lo! Allah is forgiving and merciful. And fight them until there is no more Fitnah [disbelief and worshipping of others along with Allah] and worship is for Allah alone. But if they cease, let there be no transgression except against Az-Zalimun(the polytheists, and wrong-doers, etc.)”

7:166 But when even after this they disdainfully persisted in that from which they were forbidden, We said to them, “Become apes—despised and disgraced!” (Maududi)

2:65 And you know well the story of those among you who broke Sabbath. We said to them: “Be apes—despised and hated by all.” 66 Thus We made their end a warning to the people of their time and succeeding generation, and an admonition for God-fearing people. (Maududi)

5:60 Then say: “Should I inform you [People of the Book] of those, who will have even worse recompense from Allah than the transgressors? They are those whom Allah has cursed; who have been under His wrath; some of whom were turned into apes and swine; who worshipped taghut [the devil or idols]; those are the people who are in a far worse plight and who have turned farthest away from the Right Way.” (Maududi)

EFFECTIVELY, since their “holy” book transforms Jews into apes and pigs, their slaughter is not only viewed as “justified” but inevitable. Dehumanized. This is beyond dispute. And said core injunction has no bearing on whether they live in the Jewish heartland – Judea and Samaria, aka the “West Bank” – Tel Aviv, Jerusalem, or another part of Israel, nor anywhere else throughout the world. It is a Koranic-based mandate for all time and space.

BUT where does social media, in particular, Facebook, fit into yesterday’s jihadi slaughter at Tel Aviv’s Sarona Market, which happens to be a stone’s throw away from the IDF’s Kirya compound, the equivalent of the Pentagon? Everywhere.

Commander Edry exposes the fact that Israeli security forces did not detect the news running through the social networks since Wednesday morning, claiming that an armed terrorist squad has reached Tel Aviv with the intent to carry out a terror attack.

The fact is that these terrorists were declared missing by the PA a day ago. One would assume that word of their disappearance did not reach the ears of the GSS and the Military Intelligence who usually coordinate with their counterparts in Ramallah.
There is no doubt that this attack was well planned for a long time.

NOW, it must be internalized that an entire book has been written on this very fiery subject, re the intersection, the enabling, of Facebook with militant Islamic jihad. Yes, this site’s dedicated readers already know that its publication date is early Fall 2016, and it can’t come soon enough! The proofs within will not only explain the heretofore inexplicable, but will leave many reeling.

NOT only that, whereas Twitter is mostly used for “celebratory” tweets, the fact remains that Facebook is their “go to” forum to plot and plan, as well as to announce their deadly intentions (of course, leaving out the precise coordinates) within scores of group and personal pages. After all, it takes more than a few characters (allowed by Twitter) to execute this and that. Believe it.

“Glory and salutations to the Hebronites,” tweets the delighted leader from Gaza, ending his tweet with a victory sign emoji.

MIND you, whereas Muhammad and Khalid Muhamra are the latest of Allah’s barbarians – in a continuous list of Islamic foot soldiers slaughtering Jews in Israel – most significant, is where they come from,Yatta. It is a small village in the hills near Hebron within Judea and Samaria. Incontestably, Hebron has a long and rich Jewish history and is the site of the oldest Jewish community in the world.

AS a matter biblical record, in the first of the five Books of the Torah, the Book of Genesis, it relates that Abraham purchased the field where the Tomb of the Patriarchs is located as a burial-place for his wife Sarah. According to Jewish tradition, the Patriarchs Abraham, Isaac and Jacob, as well the Matriarchs Sarah, Rebecca, and Leah are all buried in the Tomb.

YES, those of us fortunate enough to have visited that sacred place have been known to remark: a particular “watchful” presence of the aforementioned Jewish fore-bearers can be felt.

EXTRAPOLATING further, what this means is that only a mentally besieged leadership would ever allow Arabs/Muslims to live anywhere within the Jewish people’s Holy Land, let alone within Judea and Samaria, or for that matter Jerusalem, Israel’s eternal capital.

IN this regard, one must fully understand what the timing of this latest Islamic barbarism signifies, in terms of their warped religion and culture. In other words, this was a bloody “offering” (one of many) to Allah, on the 4th day of the month-long holiday of Ramadan.

INTRINSICALLY, western leaders trip over themselves to appease and placate nihilistic believers – as they babble on with their good wishes a la “Ramadan Mubarak” or “Ramadan Kareem” –  and Israel’s leaders are top culprits. PM Netanyahu intoned the following, a mere 48 hours before the latest onslaught, that which hasn’t abated in too many months (years) to count.

WHO are the crazies??

INDEED, it is always the case that those who are merciful to the cruel, end up cruel to the merciful.

RESULTANT, in “honor” of Ramadan – the Muslim month-long period whereby they supposedly reflect on when they believe the first verses of the Koran were revealed, by the way, a time in which all Muslims atone and seek nearness to Allah by fasting and abstaining from sex and smoking – Israel’s leaders, aside from warm and fuzzy wishes, as always, hand them tangible goodies.

IN other words, not only did the latest slaughter literally happen under the IDF’s High Command’s nose, but just prior to this atrocity PM Netanyahu RELAXED entry from Arab/Muslim villages within Judea and Samaria and Hamas’s Gazastan, in order to enable their entry into Israel for Ramadan “holiday” visits. Ask yourselves: do rational leaders open up the gates to allow committed enemies to get closer to the kill zones? Just wondering…

ALAS, it was only after four Jewish souls were sacrificed – and many more maimed – that the Coordinator of Government Activities in the Territories, Maj. Gen. Yoav Mordechai, canceled the easing of some security restrictions that were in place for the Muslim month of Ramadan.

IT was after an evaluation held by Prime Minister Benjamin Netanyahu, Defense Minister Avigdor Liberman, and IDF Chief of Staff Lt. Gen. Gadi Eisenkot, Mordechai that they ordered the freezing of 204 entrance permits for relatives of the attackers. Additionally, 83,000 permits for Palestinians in the “West Bank” to visit family members in Gaza have been revoked, and all easing of security measures for Gaza Strip residents during Ramadan, particularly access to Temple Mount prayers, have been canceled.

AGAIN, nowhere is it mentioned within Israel’s chattering classes, nor from the political or military establishments, that handing them the keys to Israel’s inner sanctum, in the first place, is an act of insanity!

A cautionary note: Folks with delicate sensibilities should not read any further. For the rest, here is the upshot.

BOTTOM LINE: those of us who fully internalize that Israel’s political establishment is playing Russian Roulette with Jewish lives for this and that political expediency, also recognize that a time will come when they too will cease and desist their kid-glove treatment towards unrepentant, unquenchable Jew-killers.

PRAY tell, when will that time be? Well, some (who are very well-connected to officialdom, in one manner or another) have speculated that when the families of higher-ups, or even those in positions of power, become part of the sacrificial tally, well, a re-calculus will likely follow. Re-jiggering.

NOT only that, the very fact that this attack was within spitting distance to the High Command, that too signifies that it won’t be too long before the heretofore acceptable becomes unacceptable. Untenable.

(The latest weapon of choice used to gun down Jews in Israel….the Carl Gustav submachine gun!) 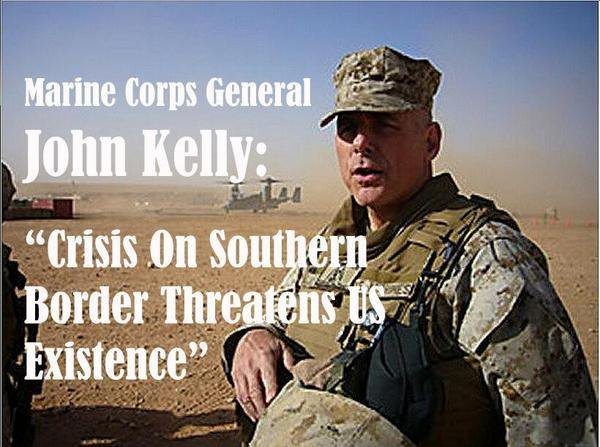