In what very well could be the prime example of a nation having one foot in the 21st century and another in the 7th, an Islamic scholar of some repute is speaking quite highly of how to treat slaves captured as the spoils of war. The same individual also happens to be a citizen of the same nation whose nuclear arsenal consists of approximately 110-130 nuclear warheads, if not more.

As reported by the Lahore-based publication Daily Pakistan on Mar. 10, 2016, former government bureaucrat, newspaper columnist and religious scholar Orya Maqbool Jan has flatly stated that the tenets of Islam allows the faithful to engage in in sexual congress with female slaves, even without any formal marriage (Nikah). However, Jan also did stress that Islam does strongly suggest, but doesn’t officially mandate, that that human chattel be given their freedom.

In a twist of logic that arguably many of the Western mindset would find at a minimum of qualifying as bizarre, Jan went on to claim that Islam condemns the sale or purchase of even a single male or female battle captive. But with that qualifier issued and out of the way, Jan made sure it was understood that Islam dictates that while buying and selling human beings is strictly verboten, Muslims are instead suppose to take their prizes of war “to their own houses and treat them as their own slaves.”

With Jan insomuch as authorizing slavery throughout the Islamic World, he found time to wag his finger at the Islamabad government for not being Islamic enough. The religious scholar emphasized that slavery is “Allah’s principle,” and it’s the responsibility of the Pakistani government to “fully implement as being an Islamic State.”

Not his first brush with controversy, Jan made headlines when Rana Tanveer of The Express Tribune (of Pakistan) reported on Feb. 27, 2015, that in regards to the nation’s oppressed Amhadi religious minority, Jan stated in no uncertain terms that oppression against the 5 million Ahmadis residing in a nation of 182 million is not only legal, but the government isn’t doing enough and should instead ramped up.

Seen by mainstream Islam as a heretical offshoot, the Pakistani Constitution had officially declared Ahmadis as non-Muslim. Jan related his fond childhood memory of when there was “the most effective movement against Ahmadis.” As he further reminisced, “Then there was no one to defend them on television…today, you will find many who speak up for them.” Not quite done yet, he opined that the practice of people speaking up for Ahmadis “is a dangerous trajectory which must be nipped.” 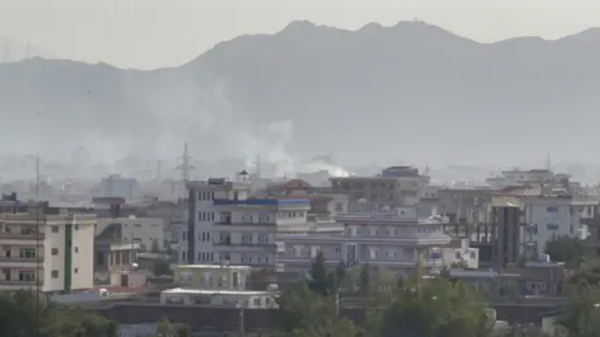 ISIS-K Vehicle Destroyed by US Airstrike in Kabul