After years of rumors about his possible demise, ISIS leader Abu Bakr Al-Baghdadi is really dead. According to the President, US Special Operations Forces raided the compound where he was staying in Northern Syria’s Idlib Province. Al-Baghdadi detonated a suicide vest after being chased down a tunnel. His identity was positive from biometric test results taken at the scene, but DNA testing will be done to make certain.

The compound was located near the Turkish border in an area known to be home to terrorist groups, many of whom are linked to Al-Qaeda.

For five months there has been joint intel cooperation on the ground and accurate monitoring, until we achieved a joint operation to kill Abu Bakir al-Bagdadi.

Thanks to everybody who participate in this great mission.@realDonaldTrump#SDF#USArmy #Rojava #Baghdadi

Successful& historical operation due to a joint intelligence work with the United States of America.

President Trump addressed the nation at 9 a.m. EDT on Sunday to announce that the ISIS leader was truly dead.

“Last night US brought the world’s No. 1 terrorist leader to justice. Abu Bakr Baghdadi is dead.”

Military sources confirmed the operation to Fox News, stating: “U.S. forces did a terrific job. This just shows it may take time, but terrorists will not find a sanctuary.”

The same military source told Fox that “the Kurds have always been good partners.”

President Trump thanked Russia, Syria, Iraq, the Kurds, and Turkey for helping with the “very dangerous mission.” The US flew over Russian airspace to reach the mission point.

According to some news accounts US special operations forces chased ISIS Leader al-Baghdadi down a tunnel as he and his wife dragged three children along with them. Then they detonated their suicide vests, killing the children as well. If the account is correct, he was a barbaric, evil man to the very end.

There were approximately 11 children inside the compound, and they were ushered out safely by US forces, none of those children were harmed. No US forces were injured in the raid. Some other ISIS leaders were killed.

Al-Baghdadi was  the world’s most wanted man. with a bounty of $25 million on his head, he was rumored to be lurking near the Turkish border in northern Syria for some time. Wearing normal clothes, making certain there were no cell phones able to track him, he worked  to keep himself virtually invisible from prying eyes.  Of course, no one is truly “invisible.”

President Trump approved the mission about a week ago, according to Military Times. The raid was launched from Ain Issa, Syria, around 2 a.m. local time on Friday.

HUSSEIN Births “MINISTRY OF PROPAGANDA”, Quietly, Stealthlike, As Parting F U To America. The Out-Sized Perils. 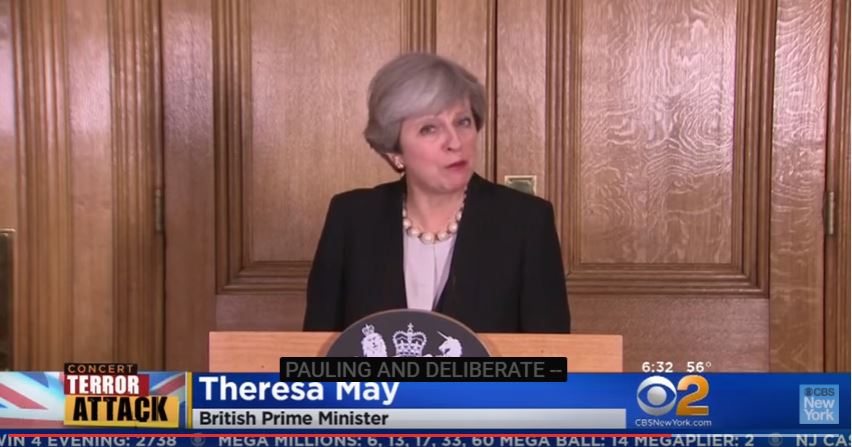 UPDATE TO ISLAMIC MEGA ALERT, In Light Of Massacre In Orlando: America’s Blow Back.