With the excuses rolling in on a daily basis, we still have no “State of the Union” (SOTU address) by Joe Biden. He also hasn’t done a press conference since he took office. And the White House cut the video feed when he told reporters he was ready to take questions the other day. Not to mention, the Medal of Honor that was supposed to be awarded posthumously to Alwyn Cashe has somehow fallen through the cracks in Biden’s memory bank (and there are many, many cracks). Something is mighty wrong in Camelot. Is the transition to Harris underway?

Back in January, Biden promised that “next month when I address a joint session of Congress”… it hasn’t happened. The Press Secretary says it was never scheduled for February.

Rep Matt Gaetz, R-FL, suggested that the transition to Harris might already be underway, based on the lack of a president.

Is this what you wanted, a warmonger president like Joe Biden when Donald Trump did so much to bring peace to the world and to actually confront the real threat — China — not to be trying to build democracies out of blood and sand and Arab militias in a desert far away?“

If that weren’t enough, there was supposed to be a ceremony for a Medal Of Honor for Alwyn Cashe’s family. What happened to it? Or are they mailing it?

Is there a real reason the White House cut this public video feed just as Biden stated he was ready to take questions, “If that’s what I’m supposed to do, Nance?” Why is he asking Nancy Pelosi what he’s supposed to do? Is he not the President? The “leader of the free world?” What kind of a leader asks a subordinate what to do? Apparently they are still trying to cover his mental decline… and the transition to Harris may indeed be underway.

Speaker of the House Nancy Pelosi says, “we won’t be doing any of that until we pass our COVID Bill.” White House Press Secretary Jen Psaki denies it was ever planned at all, telling reporters, it “was never planned to be in February.” Acting Capitol Police Chief Yogananda Pittman suggests the address will take place, citing the continued presence of fencing and national Guard Troops in our Capitol as necessary to prevent a future effort by a militia to “blow up the Capitol” when Joe does decide to give his address.

Which is it? While Pelosi, Psaki, and Pittman have all offered their own suggestions or insight into Joe’s broken promise to address a joint session of Congress, where is Joe?…

…This lack of any coherent explanation leaves Americans left to speculate as to the when and why themselves. Is it because he lacks the mental and physical capacity to deliver a thirty-plus minute speech? Is this conclusive evidence of Joe’s rapidly declining cognitive functions? Is this another effort by the Democrats to hide Joe’s mental and physical decline? Those of us with either vision, or hearing, or both know the answer to this question.

It is undeniable that Joe is not mentally or physically fit for the Office of the Presidency. If it wasn’t obvious enough on the campaign trail, it is certainly evident now.

The Washington Post “fact checked” the speculation by saying that Biden did take questions after the feed was cut. It was a virtual meeting with lawmakers, and was supposed to be a “closed press” event. And a “pair of questions” is not a whole lot of questions.

But Biden did answer a pair of questions from House members. It just was never intended for the question-and-answer session to be public, in what is known in the trade as “open press.” The Q&A session was intended to be “closed press.”

“The remarks were the only part of the meeting that were planned as open press,” a White House official said, adding: “The president takes questions almost every day from the press pool. As he did yesterday morning.”

Nice try, WaPo, still covering for the Democrats. Interestingly, there still have been no press conferences, regardless of the claim that he “takes questions almost every day from the press pool.”

What the Democrats have done to Biden is truly despicable. He is a figurehead, an empty suit, someone who does what he is told to do. We expressly said before that when you LISTEN to what he said over the years and during the campaign, you know exactly what is going on. He specifically told one audience that “I don’t need you to get me elected.” He said “I have the biggest voter fraud organization.” He fumbles his words, mumbles his answers, and asks ‘What am I doing,’ or ‘Where Am I?’ He’s easily confused and looks to others to help him. He is most certainly NOT the leader of the free world.

So who’s really in charge? There may be more than one person running the country. Is the ‘transition to Harris’ is actually underway? 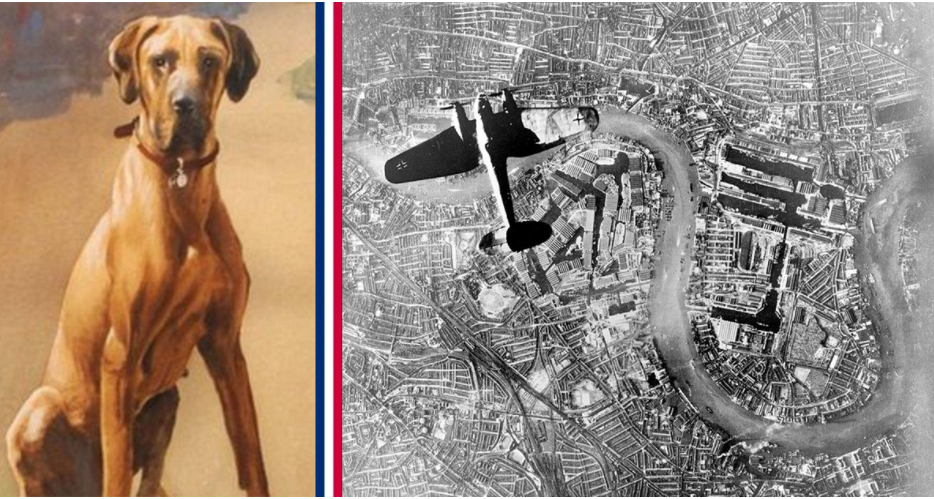 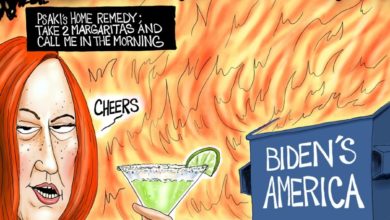 Cartoon of the Day: Wasting Away In Margaritaville