The supply chain crisis that our supermarkets are facing is far worse than the mainstream media has been telling us.  The mainstream media keeps trying to put a happy face on the “temporary” shortages, but an industry insider has let me know what is really going on behind the scenes.  This particular insider runs a grocery store in Maine, and he says that things are as bad as he has ever seen.  In fact, he says that he has “never seen anything close to what is happening now”.  The email that he sent me the other day greatly alarmed me, and I asked him if I could share it with all of you.  He gave me permission to do so, as long as I didn’t use his name.  I haven’t received an email this startling in a long time.  As you read this email, I think that you will quickly understand why I am saying that…

Supply issues are real! My supplier has limited us on orders for about a month now (limited the physical number of cases we can order)

Their issue is/was mainly the help crisis in their warehouse … order pickers and truck drivers. Same story everywhere, I know. Many of the items your reader commented about in this article are the same here … very limited gatorade, and gallon water is sketchy at best. Sometimes we get it, sometimes we don’t. I’ve not seen many supply issues in produce, rather poor quality issues there. Much more than normal. Deli / bakery … yes, lots of out of stocks and “long term unavailable” as my supplier likes to word it on the invoice.

In the center store – dry grocery … like others are saying, tons of out of stocks.

Meat supply is “fair” but pricing is extremely high. Shockingly high to me. The middle class is slowly being destroyed with these prices hikes … death by 1000 cuts of sorts, I guess.

My Frito Lay delivery person tells me that he is getting 55-60% of what he’s ordering. My last Nabisco order had 30% out of stocks. Over the years, we always get 99-100% of what was ordered. Pepperidge Farm Cookies … he tells me some weeks he’s only getting HALF of what he orders. These folks all work on commission …. if they don’t (or can’t) sell it to me … they don’t get paid. Or get paid less. When we place our liquor order (twice a week) out of stocks there are running 30% most orders. This commodity was ALWAYS 99.5 to 100% fill rate over the years …. always.

It’s frustrating. As I said … self employed 25 years, and worked for Kroger for 25 years before that … so 50-51 years in this business.

Never seen anything close to what is happening now. Add to that — a far left governor, and both houses here in Maine democrat controlled …. I just know we are on the verge of another mask mandate, and a lock down of sorts would not surprise me again as we move into the colder months. As you’ve seen I’m sure, Maine is in the news with COVID case surges (so they say)

I come to work every day just holding my breath for what is next … for our business and the 35 people I employ here in Maine.

This industry insider is trying to order normal quantities, but his suppliers are often unable to completely fulfill them.

As you can see from the email, the shortages are widespread, and this is the worst that they have been during the entire pandemic so far.

If there is something that you need to stock up on, I would grab it if it is still on the shelves, because pretty soon it may be completely gone.

On Friday I went to the grocery store and they were out of several things that I wanted to purchase.  Unfortunately, we continue to get more confirmations that this is going to become the “new normal”.

For example, according to Bloomberg meat reserves in this country have plunged to dangerously low levels…

A U.S. report Wednesday showed beef reserves down 7.7% from a year ago in August. Poultry supplies slumped 20% and pork bellies, which are sliced into bacon, dropped 44% to the lowest levels since 2017.

In most cases supermarkets still have meat on the shelves, but it is definitely a lot more expensive than it used to be, and we are being told to brace ourselves for more price hikes in the months ahead.

Of course other types of retailers are facing severe supply shocks as well.  A few days ago, another reader sent me an email in which he described what he is seeing at his local pharmacy…

The big issue, however, is at the local drug store; Rite Aid. The place is thin at best and stripped in some areas (last week there was no Zinc available). The beer cases are notably sparse. The main issue, however, is at the pharmacy. Six or eight months ago you could walk in and have your prescription filled inside of 20 minutes. If you called in the prescription the day before it was waiting for you. Not so any more. Yesterday I went to pick up an RX for my wife that had been called in last week. Not only was it not ready but I had to wait an hour before it was filled. There were nine cars in the drive up queue. I opted to walk in and it was nearly as bad. The young woman that helped me was clearly not local with bicolor hair and a large, glaringly obvious, in your face, Baphomet symbol around her neck.

I had a chat with the manager on the way out and asked him what was up with the Pharmacy staffing. I hadn’t seen the regular pharmacist for a few months. He blamed it all on the city for not having any affordable housing (lame) and mentioned that Albertson’s pharmacy, Albertson’s and Ridley’s were all very short on help (true).

Right now, dozens and dozens of drugs are in short supply.

In fact, the official FDA drug shortage list has 149 entries on it right now.

That is the most that I have ever seen.

As shortages persist, retailers are going to start implementing more limits.  Last week, we learned that Costco has already started to pull the trigger…

Costco on Thursday said it was reinstating limits on purchases of toilet paper, paper towels and bottled water.

They don’t call it “rationing”, but that is essentially what it is.

And we are also being told to expect significant price increases, because supply chain issues are causing costs to go through the roof…

Costco this week joined the long list of retailers sounding the alarm about escalating shipping prices and the accompanying supply chain issues. The warehouse retailer, which had a similar cautionary tone in May, was joined by athletic wear giant Nike and economic bellwethers FedEx and General Mills in discussing similar concerns.

The cost to ship containers overseas has soared in recent months. Getting a 40-foot container from Shanghai to New York cost about $2,000 a year and a half ago, just before the Covid pandemic. Now, it runs some $16,000, according to Bank of America.

I have been warning that rampant inflation and shortages were coming for a long time, but a lot of people didn’t want to believe me at first.

If you were one of those doubters, do you believe me now?

During the first half of this year, many economic optimists assured us that the U.S. economy would be “booming” by this point.

But instead our economic infrastructure is being shaken on a very basic level, and we are facing enormous price hikes and very painful shortages throughout the rest of this year and into next year.

Events have begun to slide out of control, and it certainly wouldn’t take too much to push us into a full-blown avalanche. 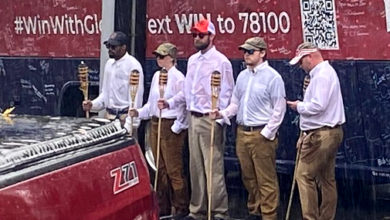 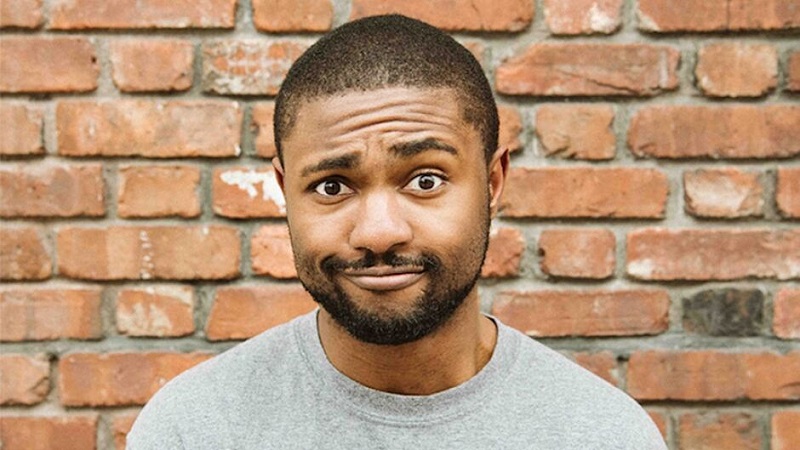