The circus is coming to Washington, D.C. and Senators are not getting any popcorn.  Speaker Pelosi’s imperial trooper-like march with impeachment documents last week triggered the Senate impeachment trial and this is what you can expect.

Chief Justice John Roberts will be in the chair, and Senators will have to sit quietly in their seats without cell phones, computers or any other electronic devices as House impeachment managers and the President’s defense team scuffle over the rules of conduct for the trial on Tuesday with the Chief Justice making rulings subject to the agreement of a majority of the Senate.  These rules will set the stage for the conduct of the trial, because unlike a normal judicial proceeding, an impeachment trial is conducted under the closed rules agreed upon by a majority of Senators, so don’t expect this to look much like “Law and Order”, “Perry Mason” or any other court based crime show you have watched.

If all goes as planned, here is what you can expect to happen for the first five days of the trial.

Wednesday and Thursday will feature House managers, led by Representative Adam Schiff, who will present their case to the Senate.  No witness will be called, so Schiff will just lay out the case for the two Articles passed by the House.  It is likely that he will attempt to bring into evidence witness statements and other things that were not presented or heard in the House, that he feels helps their case as part of this presentation.  There will likely be clash between the President’s team and the House over claims that go outside of the scope of the Articles and the Chief Justice and Senate will have to decide whether they will be allowed.

When the Senate returns on Monday, Senators will have submitted written questions to the House managers and the President’s defense team to be read by the Chief Justice, with a high degree of potential for clash between the sides.

When the Senators’ questions have been addressed, it is expected that the Senators will retire to their respective party conferences to answer the question of whether they want to hear witnesses or not.  Upon returning to the floor, the Senate can either choose to allow witnesses to testify with a vote on each witness likely, or they can move to dispose of the case either through acquittal or conviction.

The discussion of the grounds for impeachment have been debated ad nauseum already, but it is my hope and expectation that the President’s team will be allowed to show the video of Joe Biden bragging about extorting the firing of a Ukrainian prosecutor who was investigating the company which his son served on the Board of Directors.  While this might astonish readers, the simple fact is that many Senators have not seen this clip, and it goes to the heart of why the President mentioned Joe Biden and Burisma when speaking to the Ukraine President about corruption.

Another piece of evidence that has not been widely reported is the telephone conversation between Senator Ron Johnson (R-Wis.) and the President on Aug. 31, immediately preceding a meeting involving Vice President Pence, Johnson and the Ukrainian President. The meeting occurred right after the news that Ukrainian aid was being held up broke, and Johnson asked the President what he wanted to ask for in exchange for the aid being released.  The President told him nothing: “No way. I would never do that. Who told you that?” And, that he would likely be happy with the decision that was made: “We’re reviewing it now, and you’ll probably like my final decision,” indicating he would support it, which he did on Sept. 11.

This directly contradicts the entirety of the House “quid pro quo” case since it was based upon the “presumption” of a U.S. ambassador about what the President wanted without that ambassador actually having talked to the President about it.

As an aside, there is nothing wrong with the President of the United States seeking to use foreign aid to influence that actions of foreign governments.  One would expect that foreign aid would be tied to behaving in U.S. interests in some meaningful way, otherwise, the entirety of the foreign aid program would be nothing more than an international welfare system, and should be abandoned as not serving our nation’s interest.

Americans for Limited Government will be following the trial in the Senator closely with analysis, articles, tweets and Facebook posts, to make certain that you have the facts as controversies erupt.

Impeachment is an extremely grave process, as no trial has ever successfully removed a President.  Three out of four impeachment inquiries/votes have occurred in the past 45 years with President Nixon resigning prior to a House vote, Bill Clinton surviving a Senate trial, and now President Trump facing accusers.

While it is the Senate’s responsibility to vote, ultimately, the fight on the Senate floor is for the hearts and minds of the American public.  So, in a very real sense, the House managers and the President’s team will be seeking to convince you, your family, friends and neighbors.  So stay informed so you can provide the facts to your circle of influence to avoid the public supporting conviction due to the biased Google search headlines which are designed to color public opinion.

Impeachment is here.  The fight for America is on. 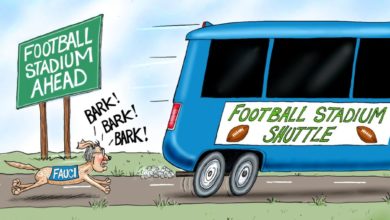 Cartoon of the Day: Unleashed 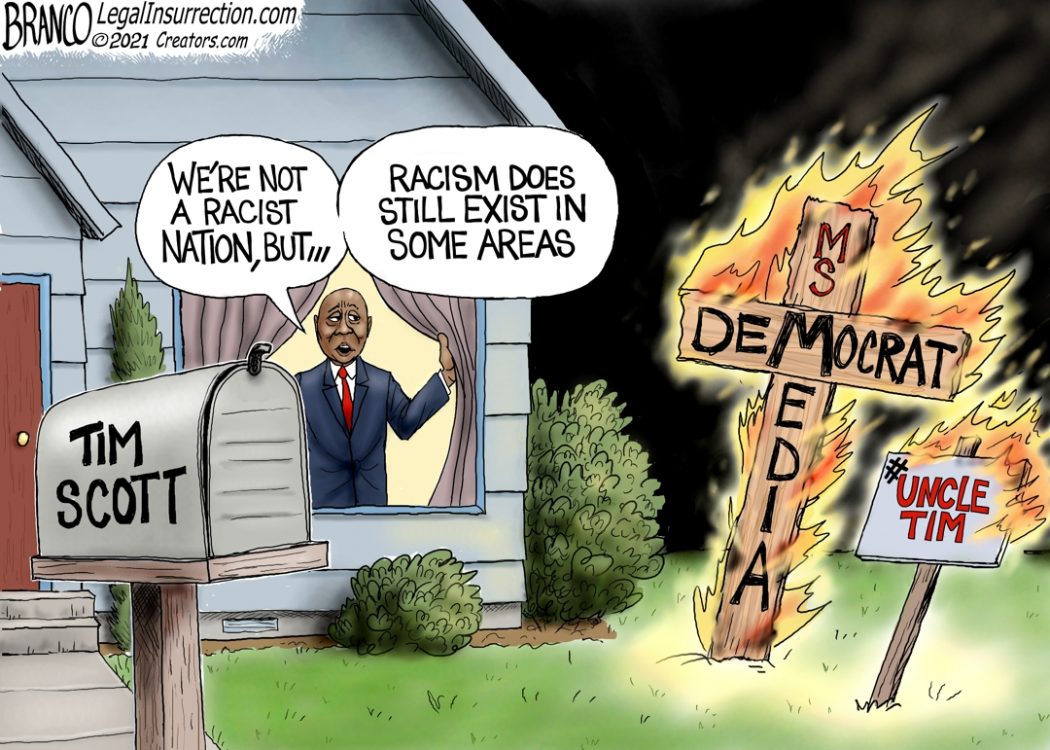 Cartoon of the Day: Cry Uncle