A new Illinois law called the “Safety, Accountability, Fairness and Equity-Today Act”, also called the “SAFE-T Act” that is expected to take effect on January 1, 2023, will do away with the state’s cash bail system which means suspects who are charged with felonies, including second-degree murder, aggravated battery, and arson, will be released without bail.

Why did the Illinois liberals bill pass? You guessed it, so-called “systemic racism.”

The bail system will be replaced by a system that considers the offense severity, the risk of not appearing in court, and the potential threat to the community if a person is released, The Jacksonville Journal-Courier reported.

When signing the legislation, Gov. J.B. Pritzker remarked the measure “marks a substantial step toward dismantling the systemic racism that plagues our communities, our state, and our nation and brings us closer to true safety, true fairness, and true justice,” according to the outlet.

Supporters of the measure say it’s a step in making the justice system equal and fair, especially for minority communities.

The 800-page law also addresses detainee rights, police certification standards, use of force, and body cameras. But it’s the ending of the cash bail system that’s getting the most attention.

Supporters of the law say the cash bail system is not fair for poor defendants. But a rising chorus of law enforcement officials and prosecutors across The Prairie State are sounding the alarm. 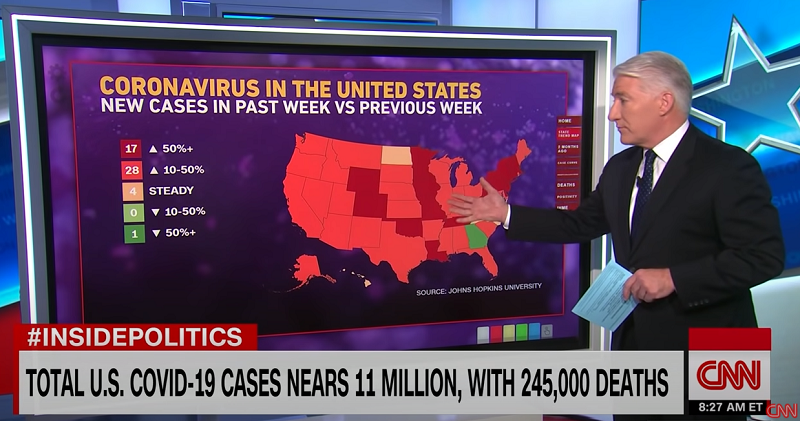 The Power of Fear: How The Liberal Media’s Negative Covid Coverage Is Costing Us Our Freedom