On Monday, the Agence France-Presse reported that Hasan Edmonds, a 23-year-old soldier in the Illinois National Guard, pleaded guilty in a terrorist plot to kill over 100 people.

According to the report, Edmonds “began communicating online in January with an FBI agent pretending to be an Islamic State fighter in Libya.”

And, the report adds, he wasn’t alone:

Edmonds admitted to giving the purported militant advice on “how to fight and defeat the US military,” the plea agreement said. He said he and his cousin were ready to conduct an attack in the United States.

Edmonds and his cousin began meeting with another undercover agent in March who pretended to help Edmonds plan a trip to Mosul, Iraq to join the Islamic State group.

The report went on to say that Jonas, Edmonds’ cousin, wanted the undercover agent to help him achieve a “body count” of 100 to 150 people.

His cousin, Jonas, faces up to 23 years in prison.

The two men were arrested in March on suspicion of trying to join ISIS.  A video report of that can be seen below, courtesy of ABS News.

Meanwhile, there are those who seem to want to dismiss the security threat posed by people like Edmonds as hateful cowardice. 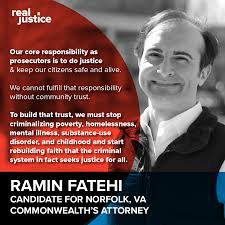 Shooting, Attempted Theft in Paulding County, Suspects on the Run

FBI Agent Sentenced for Falsifying Information When Applying for a Passport