Dunn, NC – In what appears to be a severe example of poor education, someone attempted to destroy a North Carolina WWII Statue, possibly thinking it was a Confederate statue. Vandals attempted to torch the statue of 101st Airborne General William C. Lee not understanding that it wasn’t Robert E Lee. 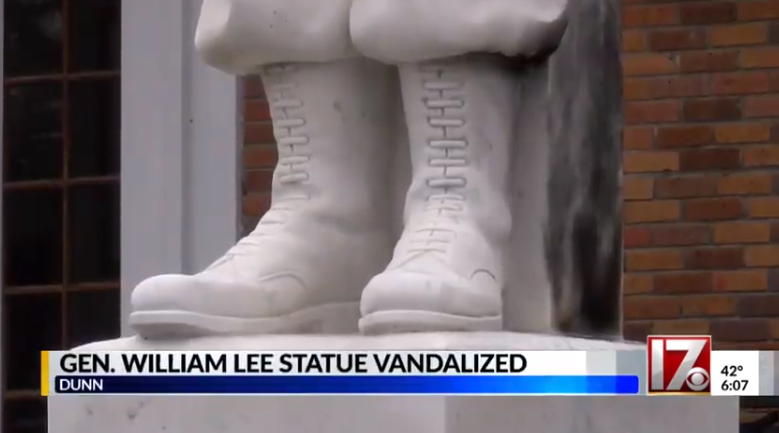 “This is a hometown grown boy here that turned out to be an international hero of World War II so to come and try to destroy his statue is just an insult to everybody… I was surprised that anybody would do that to this museum statue. This is not a Civil War museum, and this is not Robert E. Lee. This is General William C. Lee from United States Army Airborne from World War II, so I was hurt and surprised that somebody would actually do this. ” Mark Johnson, Curator, General William C. Lee Airborne Museum

General William Lee was the “Father of American Airborne.” It was his research, his observation of Nazi developments, along with President Roosevelt, that led to the formation of the 101st Airborne. The Airborne Museum website reads in part:

General Lee developed the plans for the air invasion of Normandy on D-Day and had trained to jump with his men, but was sent back to the states a few months before the battle due to a heart attack. To honor their “father”, the paratroopers yelled out “Bill Lee!” as they made their jump on D-Day. He listened to the invasion by radio in his Dunn home on Divine Street, the current site of the General William C. Lee Airborne Museum

“Social Justice Warriors” have been defacing and tearing down Confederate statues across the south for several years. They’ve made stupid mistakes before, but this one in North Carolina takes the proverbial cake.