The big corporate news networks are trying to convince us that there is absolutely no way that the Supreme Court will rule in favor of President Trump and his allies in Texas v. Pennsylvania, but what if they are wrong?  The case is on the docket, and the states of Pennsylvania, Georgia, Michigan and Wisconsin have been ordered to file their responses by 3 PM on Thursday.  It appears that the Court understands the urgency of this matter, and they seem determined to move things along very quickly.  One way or the other, we should find out what they are thinking fairly rapidly.

In the first part of this series, I discussed the fact that 18 other states have now joined with Texas in arguing that the election results in Pennsylvania, Georgia, Michigan and Wisconsin cannot be allowed to stand.

And the more I examine the facts, the more I am convinced that their legal claims are right on target.

Similarly, everyone agrees that voters and ballots were treated very differently in left-leaning portions of Pennsylvania, Georgia, Michigan and Wisconsin than they were in right-learning portions of those states.  These are textbook violations of the Equal Protection Clause of the Fourteenth Amendment, and the Supreme Court would have to be completely blind not to see that.

If the Supreme Court is faithful to the U.S. Constitution, the voting results in all four states will have to be thrown out.

But what happens then?

Well, Texas Attorney General Ken Paxton is asking the Court to declare that all electoral votes from those four states should not be counted…

IN THE SUIT, PAXTON ASKS THE HIGH COURT TO “DECLARE THAT ANY ELECTORAL COLLEGE VOTES CAST BY SUCH PRESIDENTIAL ELECTORS APPOINTED IN DEFENDANT STATES PENNSYLVANIA, GEORGIA, MICHIGAN, AND WISCONSIN ARE IN VIOLATION OF THE ELECTORS CLAUSE AND THE FOURTEENTH AMENDMENT OF THE U.S. CONSTITUTION AND CANNOT BE COUNTED.”

I do not believe that the Court will do that, because that would disenfranchise all of the legal voters in all of those states.

Alternatively, the Court could choose to direct the state legislatures in each of those four states to choose their own slates of electors, but I don’t think that the Court would be willing to do that either.

Instead, I believe that the most likely remedy would be new elections.  That would be problematic as well, because the results of those elections may not be known before the electoral votes are supposed to be counted in Washington on January 6th.

But even though new elections would be a chaotic solution, I believe that it is the best of the choices.

In any event, if the current election results are overturned by the Supreme Court and President Trump ultimately ends up winning, it will set off the biggest temper tantrum in all of U.S. history.

We have already seen widespread rioting, looting, arson and violence in our major cities all throughout 2020, and we have continued to see more civil unrest in recent weeks.  Just check out what just happened in Portland.

But if Trump ends up getting a second term after everything that has already transpired, we are going to see an explosion of anger that will be off the charts.

Already, politicians in some states are making decisions based on fear of what could potentially happen.  For example, members of the state legislature in Georgia were apparently afraid to call a special session to address problems with their elections because they were reportedly afraid that Atlanta “will burn” if they did…

IN AN INTERVIEW WITH THE GEORGIA STAR NEWS, STATE REPRESENTATIVE COLTON MOORE (R-TRENTON) SHARED THAT LEGISLATORS ARE GUN-SHY ABOUT CALLING A SPECIAL SESSION TO ADDRESS THE GENERAL AND RUNOFF ELECTIONS.

“THE ATTITUDES THAT A LOT OF REPUBLICANS HAD WAS, ‘LET’S JUST SAY OUT OF IT AND LET THE COURT DECIDE.’ ONE LEGISLATOR SAID [IF THEY DID CALL A SESSION THAT] ATLANTA WILL BURN DOWN A SECOND TIME,” HE SAID. “MY PERSONAL THEORY IS THAT THE GOVERNOR HAS PREVENTED A SPECIAL SESSION BECAUSE ROUGHLY HALF OF THE REPUBLICANS IN THE HOUSE DON’T WANT TO BE RESPONSIBLE FOR THAT BURDEN.”

I guarantee you that the potential for violence will weigh heavily on the minds of members of the Supreme Court as they consider the merits of Texas v. Pennsylvania.

I wish that wasn’t true, but the truth is that members of the Supreme Court are humans too.  If they are responsible for Biden losing the election, there is a very real possibility that radicals will violently attack them, their families and their homes.

Hopefully, there will be at least five justices that will be courageous enough to do what is right for the country no matter what the short-term consequences are.  As Sean Hannity recently explained, we have reached an absolutely critical moment in our history and the American people deserve answers…

“THE COUNTRY DESERVES IT. YOU DESERVE IT,” HANNITY ARGUED. “WE, THE PEOPLE, DESERVE IT. I DON’T KNOW WHAT THE JUSTICES ARE GOING TO DO, BUT THE AMERICAN PEOPLE DESERVE ANSWERS. WE NEED TO HAVE CONFIDENCE IN BOTH THE INTEGRITY AND THE RESULTS OF EVERY STATE’S ELECTION, IN THE PROCESS, BECAUSE WE HAVE MILLIONS OF INNOCENT AMERICANS IN STATES WHERE THE LAW, THE CONSTITUTION WERE NOT FOLLOWED. THEY ARE, THEN, DISENFRANCHISED IN A CORRUPT PROCESS.”

But no matter what happens, it is likely that the divisions in this country are just going to continue to grow deeper and deeper.

And as they get deeper, many are wondering if we will be able to stay united as a single nation.  For example, Rush Limbaugh seems to think that the U.S. is rapidly approaching a breaking point…

“THERE CANNOT BE A PEACEFUL COEXISTENCE OF TWO COMPLETELY DIFFERENT THEORIES OF LIFE, THEORIES OF GOVERNMENT, THEORIES OF HOW WE MANAGE OUR AFFAIRS. WE CAN’T BE IN THIS DIRE A CONFLICT WITHOUT SOMETHING GIVING SOMEWHERE ALONG THE WAY.”

Unfortunately, there is no easy solution, and the frustration on both sides is only going to continue to grow.

Whether it is now or later, it appears to be inevitable that there will be a lot more civil unrest in our major cities, and that is extremely unfortunate.

But now we have abandoned those values and principles, and as a result we have a giant mess on our hands. 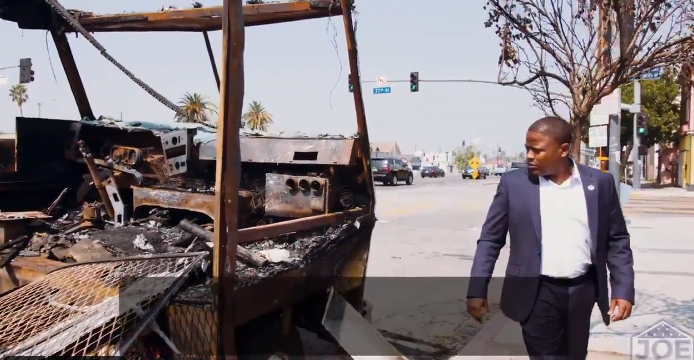 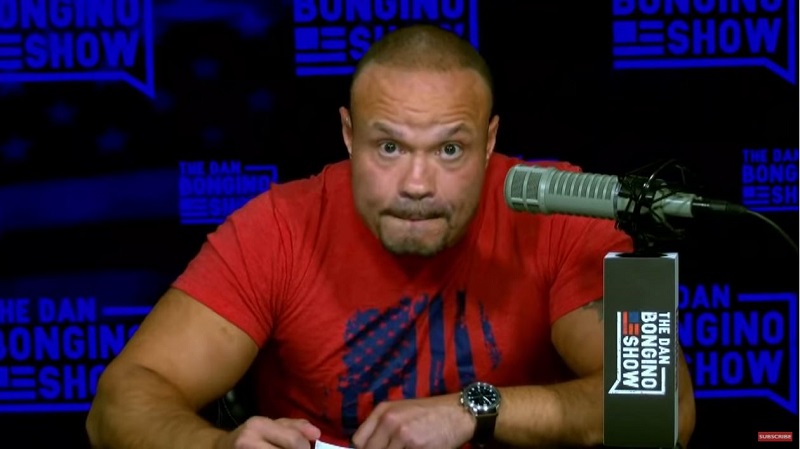 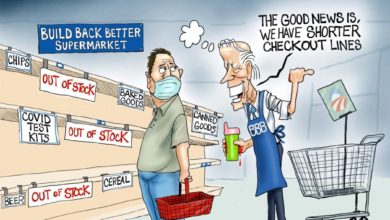