The Idaho Second Amendment Alliance is warning that the buzz is that Nancy Pelosi and others will introduce legislation that will not only continue the infringements upon your liberty to purchase weapons by going through worthless background checks but also require a lawless national gun registry.  Remember, background checks are not just an infringement upon the liberties to be protected under the Fifth Amendment, but they are really all about registration.

Guns in the News reports:

As we learned from his press release last weekend, Joe Biden is 100% committed to banning the possession of the AR-15 and hundreds of similar rifles in America, as well as the magazines that are needed to run them.

But he’s also determined to create a list of every single gun owner in America, using ‘Universal Background Checks’ as the foil to get it done.

In fact, multiple sources are telling the Idaho Second Amendment Alliance that Nancy Pelosi and Congressional Democrats will be rolling out their ‘Universal Background Check’ legislation in the next few weeks!

What’s more, we’re being told that the legislation that will be unveiled will be a mirror image of H.R. 8, that gun registration bill that passed Congress in 2019. That’s especially dangerous, because almost a DOZEN Republicans supported that bill!

We can’t sit back and wait until this bill is filed to start taking action; gun owners need to be FLOODING Senators Crapo and Risch (along with your Congressman) with calls and emails against this legislation NOW!

Nancy Pelosi and her allies are counting on gun owners like you and me to sit this one out, to believe the lie that ‘most gun owners support this legislation.’

Nothing could be further from the truth.

The fact is, I don’t know a single gun owner in Idaho who is ok with the idea of giving Joe Biden and his Department of Justice a list of every gun owner in America — and that’s exactly what this bill would do!

THERE IS ONLY ONE REASON WHY JOE BIDEN AND THE RADICAL LEFT COULD WANT THIS DATA, AND WE ALL KNOW WHAT THAT IS, THEY INTEND TO USE IT DOWN THE ROAD TO CONFISCATE OUR GUNS!

There was a time when people would scoff at that, claim that we were creating a crisis to get people riled up. But those days are gone. Beto O’Rourke was the first one to say it publicly, but these America-hating socialists have ALWAYS planned to confiscate our guns.

Throughout the 20th century, this is exactly what tyrants have done throughout that world.  They register the guns in order to register WHO OWNS the guns, and then they target them for confiscation.

Guns in the News continues.

But they can’t confiscate what they can’t find. They know that, and that’s why passing this national gun registry is their top priority!

Understand that if you don’t fall for the first trap (that every gun owner supports this legislation already) thhttps://youtu.be/7vEnTjs2RV0an Pelosi and her allies in the FAKE NEWS media are going to try another.

“You have to support ‘Universal Background Checks,’” they’ll say, “it’s the only way we can prevent violent criminals from accessing firearms.”

DON’T FALL FOR THIS, IT’S A COMPLETE LIE! BACKGROUND CHECKS SIMPLY DON’T STOP CRIMINALS! DON’T TAKE OUR WORD FOR IT, LOOK IT UP FOR YOURSELF!

I could go on and on. The Charleston, SC church killer, both Fort Hood, TX killers, the Washington Navy Yard killer, the Oak Creek, WI church killer — every single one of these monsters passed a background check and then went on a murder spree!

But for gun owners who haven’t fallen for their earlier tricks, Biden and Pelosi are hoping that the ‘grandfather clause’ will lull you back into comfortable complacency.

Not that their legislation isn’t already unconstitutional but I’m actually surprised that they aren’t going to go on and just input unconstitutional ex post facto “law” into this bill, but apparently, they think people won’t mind too much if it just is regarding future sales and not the firearms of which they are already in possession.

Idaho Second Amendment Alliance adds, “But this language is a trap. You see, Joe Biden and the radical left are playing the long game. They know there is no way to just swoop in and register every gun in America. But if they can’t register yours, they are more than happy to register the next generation’s guns.  And, in reality, those carve-outs would disappear too, the minute there is another mass shooter after the implementation of this law. Either way, the grandfather clause is a clear trap.”

I have four words for every single criminal representative that supports this bill:  I will not comply.

Instead, I will do all I can to help in removing them from office and bringing them to justice for their crimes against the people, and I will promote the sale of arms and ammo, including the production of ghost guns of all sorts to be in the hands of the American people, the true law enforcers found in our Constitution (Article I, Section 8, Clause 15).  I will also encourage my fellow citizens in all states to begin demanding of your state representatives to fully nullify every single federal gun law no matter how small, and to also include provisions in the nullification to arrest, charge and prosecute any fedcoat agent that seeks to violate the rights of the people.  After all, every single gun law is a violation of the Constitution. 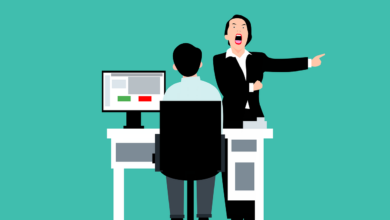