It’s shocking that the cartels are so sick and twisted that they can go beyond the depravity of trapping children in sex slavery.

Few things are as revolting as child sex slavery — it’s downright evil, but until this interview, most Americans didn’t realize the additional horrors that the cartels are committing against children.

Investigative journalist and Fox News contributor, Sara Carter, managed to snag an interview with a human smuggler in Central America. Carter told Fox News that he agreed to the interview because he finds the treatment of children by the cartels “horrific.”

THE UNIDENTIFIED CRIMINAL ORGANIZATION HE WORKS FOR HAS A PIPELINE OF SORTS FROM EL SALVADOR TO THE UNITED STATES, HE SAID, ADDING IT BECOMES MORE DANGEROUS WHEN THE MEXICAN CARTELS GET INVOLVED FARTHER UP THE LINE.

“IT’S MORE RISKY BECAUSE ONCE WE GET TO THE CARTELS, THEY ARE ASKING FOR CHILDREN, FOR THEM TO TRAFFIC WITH DRUGS AND EVERYTHING. SO IT’S DEFINITELY MORE RISKY,” HE SAID.

THE SMUGGLER SAID IT IS “HORRIFIC” TO SEE CHILDREN WHO GET MURDERED BY CARTELS AT TIMES WHILE HUMAN CARGO IN THEIR MASS TRAFFICKING OPERATIONS, ADDING IT “REALLY SCARES THEM TO JUST SEE THE REALITY THAT THEY CAN GO THROUGH.”
SOURCE: FOX NEWS

A portion of the interview appeared on Hannity this week and it’s difficult to watch. In it, the trafficker says that the cartels that are controlling the border are not just selling kids into sex slavery — they’re also harvesting organs from children and will sometimes use the corpses to hide drugs.

Here’s the transcript of the brief interview:

CARTER: We are seeing a large increase in the United States of unaccompanied minors, children that have no guardians. Is it part of — I guess, the trafficking organization’s plans because it’s easier to lose children or it’s more money?

TRAFFICKER: Yeah, it’s all part of that.

CARTER: What about people that want to buy a child because they’re a sexual predator?

TRAFFICKER: I’ve heard that some people and places have very specific things that they like — certain nationalities or age groups. So, the cartels are looking for people going around and when they spot someone with those characteristics, they tend to, like, take them. In many cases, they just have children there and they have a purpose only they know what purpose they’re gonna serve. But, yeah, they are just going to keep them there and they’re not going to be free ever again.

CARTER: When they keep the children, they could use them for anything, for drugs, or for sex – or, uh, the kids could be abused, right? On the road?

TRAFFICKER: In most cases, they want to sell their organs.

TRAFFICKER: Yes, it’s very hard. Sometimes they take out the organs and they fill the bodies with drugs so they can take it through the border.

CARTER: Did they sell them to hospitals or to buyers like private buyers, wealthy buyers?

TRAFFICKER: There have people with money who want to buy the organs of kids and it’s not only for a country, they take it to different countries and normally they do this with clinics that are not authorized.

CARTER: This is worth a lot of money.

TRAFFICKER: Obviously, it’s more lucrative for them to get the child and gain money from each organ they sell. They are obviously looking for opportunities to get more money out of it. They just care about the money.

So much for the Biden-Harris admin’s “more humane” border policy.

This White House is making it easier for these horrors to occur.

Mike Krikorian is the Executive Director of the Center for Immigration Studies, an independent, non-partisan group that tracks immigration data in the United States. He says that with two months left in fiscal year 2022, there have been over 1.8 million “encounters” with illegal migrants.

U.S. Customs and Border Protection (CBP) statistics confirm this — authorities have encountered over 1,900,000 migrants at the southern border since October 2021. Of those,  128,845 were unaccompanied children.

How many more didn’t make it across the border alive?

That’s just in 10 months. Now extrapolate that over the year and a half that Biden has been in office.

Rep. Tim Tiffany (R-WI) made the calculation. Brace yourself…

There have been over 4.2 MILLION illegal alien crossings since Joe Biden took office.

That’s MORE THAN the population in 23 states. https://t.co/Q0ry9fYMf3

As one particular, prominent blithering idiot once said, “that’s a big f*cking deal!”

Every single incident of trafficking, abuse, and death of a child can be laid at the feet of the people who are refusing to end this flood of illegal migrants across the border. Period. 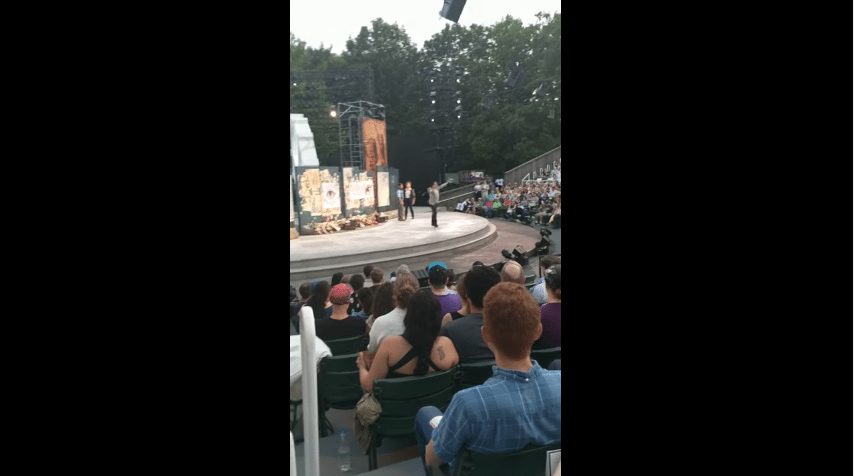