FROM the onset, let’s be perfectly frank, thereby, excruciatingly clear: but for the fact that too many of officialdom’s (surrogates alike) heads would roll if Hill (and Bill) was arrested for her actual crimes – financial-wise and through actual body counts – she would be disqualified from running for POTUS and end up in jail for years to come. Treason, anyone?

FOR the record, Demsters and RINO’s alike, countless power players are running scared. They are terrified of being dragged into an ever-widening net that would sweep them all in. Thus, they choose to remain stone cold silent. Self preservation and all that jazz.

THAT being said, this is the main impetus behind FBI Director Comey’s outright betrayal of his Constitutional oath to uphold the rule of law. Intrinsically, massive political pressure was exerted by those who really hold the whip over agency (and other) heads, dictating: do NOT indict Hillary – or else! No doubt.

The FBI sold out the Rule of Law in America. After describing clear evidence of extensive mishandling of classified national security information, FBI Director James Comey announced that the FBI will not recommend indicting former secretary of state Hillary Clinton. This is naked crony government, ugly and exposed. Comey’s decision will go down as one of the government’s worst assaults on truth in its War on Honesty.

Today’s press conference was, in many respects, an exercise in legal and cognitive dissonance. Comey acknowledged Clinton sent and received Top Secret emails that “any reasonable person” understands not to discuss on an unclassified system.

Comey also acknowledged her email system was housed on unclassified personal servers that lacked full-time security systems. Indeed, nations and groups hostile to the U.S. could have hacked the system. Comey acknowledged “hostile actors” hacked individuals corresponding with Clinton on her unauthorized system. She also used her unsecured personal system outside of the U.S.—in places where sophisticated adversaries could hack her communications.

Comey called this careless. Sir, it is reprehensible. It is reckless disregard of American security.

Then he said he would not recommend indictment.

This is beyond outrage. Everyone who has carried a Top Secret clearance and had access to Top Secret information knows that Clinton has criminally violated the laws protecting classified information. These laws serve a purpose. Protecting security secrets is essential to protecting America.

Concern for U.S. defense did not guide Comey’s decision nor did respect for the rule of law. His decision is shaped—warped—by the craven politics of his political bosses. The Lynch-Clinton Phoenix Airport confab is an external, media-apparent manifestation. Does a reasonable prosecutor meet “secretly with the husband of someone under investigation”?

FBI Counter-Intelligence serves as America’s frontline domestic defender. It is tasked with destroying enemy spy rings, tracking potential terrorists and stopping terrorist attacks on U.S. territory. The Director’s failure to encourage prosecution makes his own department’s job much harder. It will undermine the morale of U.S. security personnel.

Comey’s kowtow to the partisan political interests of the Obama Administration and its powerful elitists will add to the erosion of faith in the American system and embed a bitter partisanship that will take a decade or more to bridge…..

WHICH brings us directly to Huma’s door.

EVEN so, instead of re-working the wheel, a detailed indictment against her can be found within a previous analysis and alongside a host of others found at these pages. Indeed, Huma Abedin is a top Brotherhood spy, and cemented to Clinton Inc. The evidence is bullet proof, unlike the actual bodies who went down for the count!

NOT only that, adding fuel to the raging house-fire engulfing America, Wikileaks, once again, enters the fray.

TO wit, atop the mega proofs housed under this umbrella, along comes additional ammunition, that which should bury Hill, Huma and Bubba – along with a host of others – six feet under. Of course, that would mean that justice still prevails, even among the heretofore Teflon Dons!

It has become widely known that Huma Abedin is connected directly to the Muslim Brotherhood. As it turns out, she has been secretly recording meetings with Hillary Clinton and some of the videos have been intercepted by anonymous black-hat hackers.

Julian Assange, infamous hacker and founder of WikiLeaks, has been announcing for weeks that more leaks are coming soon. He foretells that the next leak will be enough evidence to convict Hillary Clinton of treason and it looks like he may be right.

We have been able to confirm that the substance of the leaks will be evidence of a vast conspiracy within our government. It appears that Huma Abedin secretly recorded Hillary Clinton giving names of everyone involved in this conspiracy to subvert our nation.

Huma Mahmood Abedin has worked with Clinton since 1996 where she began as an intern in the west wing. For most of the past 20 years, Huma has served as Clinton’s“body–woman”, which is basically a glorified lady’s maid. She now sits as the vice chair in Hillary Clinton’s presidential campaign.

Although Clinton and her gang tried to stop Seth Rich from leaking any incriminating evidence, they were too late. Rich turned over the DNC emails that were leaked recently and the hacker immediately gave them to Wikileaks along with the intercepted videos.

The only other pieces of information that my source was able to give is that the“meetings will show treason and they will show who is involved. Hillary names names.” The source also says that this scandal is worldwide and that Angela Merkel is one of the names spoken by Hillary Clinton.

Hillary Clinton knew that the DNC was working with mainstream media to sway the nomination process toward her and away from Bernie Sanders. She totally ignored the US democratic process we Americans have always followed to the best of our ability.

WikiLeaks is demanding more than the stepping down of Wasserman Shultz. Hillary Clinton cannot be allowed to become President of the United States. Her nomination must be annulled by We The People! We have that right, but much more than that we have the responsibility to do this. If we do not then voting is just a farce…a false promise by a failed democracy.

Since this conversation with the anonymous FBI informant, we have seen several rounds of leaked emails by Assange and a promise for more evidence of Clinton’s corruption. Confidential sources say that time is almost here. On Saturday, Wikileaks will release the leaked videos and their contents will shock everyone.

The videos were secretly recorded for the Saudi Royale by Huma Abedin and intercepted by Anonymous while she was transferring them via a well known file sharing site. The hackers confronted Huma about the videos and she agreed to give the anonymous hacker information about the Democratic National Committee from a DNC insider, if he would agree not to expose her. The insider she introduced him to was none other than Seth Rich, the DNC employee who was recently found murdered in July.

AGAIN, how many times, how many ways, has this investigative journalist pointed to (since 2012) the same criminal and Islamic-bent conspiracy, one which ensnares both Clinton Inc. and Obama Inc.?? Rhetorical.

MOST significantly, the multiplicity of layers which surround Clinton Inc., one way or another, wend back to her relationship with Huma Abedin ala the Brotherhood. So whether or not we are dissecting the Clinton Foundation’s cartel-like racketeering enterprise; their roles in Benghazigate, or assorted intel covers blown due to email breaches, the fact remains that Huma is deeply tied into all of Clinton Inc.’s crimes. Guaranteed. Ipso facto, so too into the Muslim Brotherhood Mafia.

HENCE, as repeatedly proven, how many DEAD bodies will it take for Congress (among those who will still be left standing, untainted by Clinton Inc’s/Huma’s/Obama Inc.’s multiplicity of crimes) to bring them to heel, irrespective of associated cohorts who will go down for the fall with them?

AND whether or not she wins – heaven forfend – or loses in November, this much is for sure: without a laundry list of charges filed, well, the notion that the rule of law has any meaning left, or even warrants adherence to – by the citizens at large – hangs in the balance.

TIME will (soon) tell. Running out. 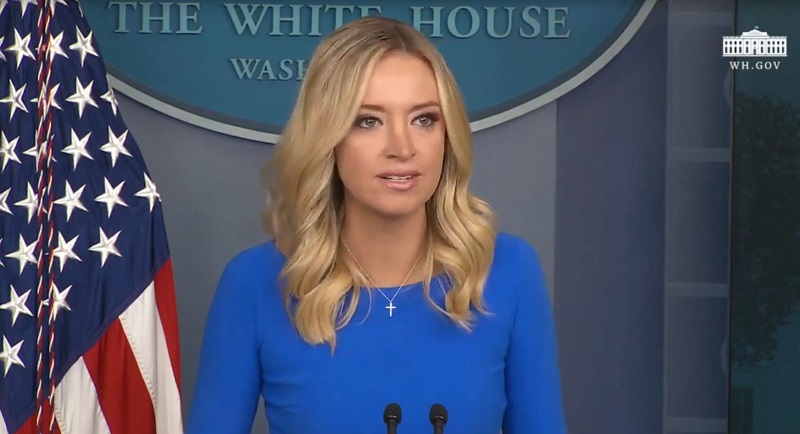