Cross-Posted from The Free Press.

MANATEE COUNTY, Fla. – County and State Officials are taking aim at HRK and its principal owner, William “Mickey” F. Harley III, for the breach at Piney Point in Manatee County.

“I’d love to string them up,” Manatee County Commissioner Kevin Van Ostenbridge was quoted saying. “But the reality of the situation is they have one shell company after another. These guys are rich and smart and they know what they’re doing. It will be like getting blood out of a turnip. We’ll never get a nickel out of them.”

Florida Senate President Wilton Simpson said, “The state is not responsible for this breach at the Piney Point site, but this is an environmental and public health issue that has to be addressed.”

Yet the current crisis at Piney Point was avoidable.

The Florida Department of Environmental Protection is in charge of environmental oversight of Piney Point, and the FDEP hired multiple contractors, such as engineers, to work on Piney Point before HRK took over in 2006.

As reported on April 6, in a press release issued exclusively to The Free Press, HRK Holdings began to tell their side of the story.

“It is important to note that the defective lining at Piney Point had already been installed before HRK Holdings acquired the property in 2006,” the statement reads in part. “Even though we inherited this problem, we have been determined to find a solution for the benefit of the community. Since the original breach of the liner in 2011, HRK has operated the Piney Point site in cooperation with the FDEP.”

So, who is responsible?

Through documents obtained by TFP, it becomes clear that not only was FDEP issued numerous warnings about multiple, specific faults in the stack system at Piney Point, the claims and warnings were dismissed, while HRK was ordered to continue running operations as usual until they say otherwise.

In 2019  Kelley wrote, “Wood completed a number of site visits to view the condition of the HDEP liner system within the NGS-S compartment based on HRK reporting a significant number of liner tears, cracks and areas of visible liner deterioration above and near the existing pond water level. Liner damage observed throughout the year was repaired in June, July and October 2019.”

“During a site meeting on September 25, 2019 with HRK, Wood and FDEP representatives,” Kelley stated, “it was agreed that no additional wastewater will be placed into the NGS-S until liner repairs and further evaluation of the pond integrity could be completed.”

He further noted that “HRK has subsequently identified and reported (February 2020 email to FDEP) a significant number of additional liner failures and deterioration areas within the NGS-S compartment,”

“Based on our current observations and the recent history of the NGS-S,” Kelley proposed, “Wood recommends that the NGS-S be removed from the process wastewater management system as the designated Emergency Diversion Impoundment.”

“The following known and reasonably assumed conditions at the NGS-S present an elevated risk of containment breach and release of ponded process wastewater.”

“Given the location of the facility and experience from the 2011 NGS-S breach,” Kelley said. “The potential for catastrophic damage to the public and the environment is considered unacceptable.”

In a letter of response, dated May 15, 2020, FDEP’s John Coates quoted, “the following known and reasonably assumed conditions,” presented by Kelley. He then proceeded to summarily dismiss each concern one by one.

“Specifically, the Department believes it is important to understand the basis for the above-excerpted statements and to understand what objective information Wood may have been aware of, and relied upon, in the formation of these statements, and when was this information obtained,” said Coates. “The Department’s primary regulatory focus is to take actions to ensure that facilities, such as and including the former Piney Point site, are operated and maintained in a safe manner and that these facilities do not constitute a threat to public safety or the environment.”

“The first bulleted item noted the continued visible deterioration of the liner above the waterline,” Coates said. “The Department finds this statement to be credible and based on objective observations of the exposed surfaces of the liner within the NGS-S compartment. However, Wood’s statement does not indicate the overall condition itself of the liner system, nor does it provide a reliable indicator of the expected performance of the liner itself. In fact, the visible deterioration is only apparent on exposed surfaces of the liner as was noted by HRK, the Department, and Wood’s representative for onsite liner inspections and maintenance repairs in 2019. Notably, it was a Wood recommendation to HRK that NGS-S liner samples be tested to provide information on such factors as surface oxidation.”

“The Wood letter stated that Wood believes that there is a ‘likely presence of remnant voids with the perimeter gyp dykes and throughout the pond bottom…’ that developed in association with the 2011 HRK and Port Manatee dredging project,” Coates challenged. “When asked, Wood did not indicate what objective or credible information was relied upon for that statement.”

“Based on the April 30 Meeting, Wood did not indicate that Wood had any specific information to support Wood’s statement that there was a likely presence of voids within the perimeter gyp dykes and throughout the pond bottom,” Coates said.

“We respect and appreciate Wood’s established professionalism and expertise and the clarification was useful to understand Wood’s motivation for why the letter was sent directly to the Department, despite your engagement as the third-party engineer for HRK. It was also helpful to understand, as you stated, that the final version of the letter was written largely with input from a variety of other Wood representatives, and was not the sole writing of the third party engineer who we expect is more familiar with the conditions at the site,” said Coates.

“Until such time as the water can be removed from the site, HRK must continue to take steps to safely store process water and maintain compliance with the environmental protections in Chapter 62-672, Fla. Admin. Code. If HRK and Wood continue their third-party engineering engagement, the Department welcomes Wood’s continued third-party input, and keenly awaits associated information, and the completion of HRK’s pending annual phosphogypsum stack system inspection and its annual site-specific water management plan as discussed above,” Coates concluded.

It’s not clear what Coates’ motivation was for sending copies of his response to Kelley’s letter directly to Jeff Barath of HRK Holdings, Bruce Clark a Senior Engineer of Wood, Vishwas Sathe the FDEP Environmental Administrator, Amaury Betancourt a FDEP Professional Engineer, or William D. Preston a FDEP Environmental attorney.

In response to two requests for a comment regarding his decision to dismiss numerous concerns expressed by Kelley and warnings of a possible breach in the stack system at Piney Point, FDEP’s John Coates said he forwarded our emails to their press office.

FDEP’s press office did not issue a statement as to why Coates dismissed repeated concerns and warnings either.

Despite a report that Manatee County officials said that a drone equipped with thermal imaging equipment identified a possible second breach in the wall at 2 a.m. Monday. April 5, DEP Spokeswoman Shannon Herbon again dismissed concerns and warnings, saying the assessment was based on conflicting engineering reports by the engineer hired by HRK.

“Our technical group went on-site and verified that there is only one breach,” Herbon said.

However, Herbon did not indicate what objective or credible information was relied upon for that statement. 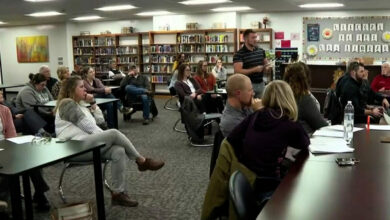 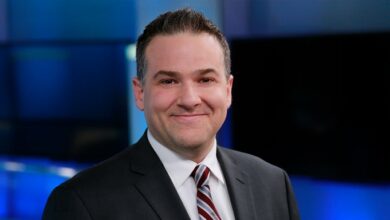