A deep, enduring  political fissure divides our country, pitting conservatives against progressives. Conservatives value the free markets, individual liberty, freedom, and opportunity. Progressives value a strong centralized government, social equality and security. We have been divided along these lines since our founding.

Even before George Washington took the oath of office, the founders had already formed factions: Republicans and Federalists.  Broadly speaking, Republicans, as they were called then, included men such as Thomas Jefferson and James Madison who favored a small, de-centralized government. On the other side were the Federalists, men such as George Washington and Alexander Hamilton who favored a strong, centralized government.  From the very beginning the less populated states worried about the more populated states dominating in this and all other debates. Our Union was always fraught with tension. We were built on compromise, which as the cynic says, is a system that guarantees neither side gets what it wants!

That same tension between centralized and de-centralized government led to our Civil War. Clearly, there were other forces at work, but Americans have always fought over the proper size, scope, and role of government. It divides us still today.

The various state and federal responses to the  Covid pandemic have exposed this great divide. On the Left, Blue states such as New York, New Jersey, and California are hell bent on stripping away individual choice and liberty. They have denied individuals the right to choose how to best protect themselves against a virus. They force citizens to close businesses, deny children an education, denied families the ability to gather for weddings and funerals.  Evidence shows these lockdowns have had very limited impact in reducing death rates from the virus. In fact, harder lockdowns correlate with slightly more deaths. On the other hand, Florida is led by a conservative governor who has kept the economy and schools open. Today Florida has a Covid death rate below the national average and half of New York’s and New Jersey’s death rate.

That’s because conservatives believe that individuals – not the government – are best equipped to make decisions for themselves and their families. This belief in the individual is the foundation of capitalism and the free markets, the notion that millions of people making choices for themselves will prosper more than we would when choices are made by a small group of government elites.

Once again, Covid illustrates this point well. Over the past 10 months government elites such as Dr. Anthony Fauci have tried to control the pandemic through a centralized command-and-control model. One week he says only health care workers should wear masks. Then he reverses himself. For months we were told by elites that all hard surfaces had to be disinfected after any person touched them – making returning to school and work nearly impossible. More recently, medical experts are telling us the virus dies on hard surfaces and is almost exclusively transmitted through our respiratory system. The significance of these ever-changing messages from government elites cannot be overstated. We have literally given up our livelihoods, children have given up educations over these things. Instead, what we ought to have been doing from the start, was allowing individuals and families to make decisions for themselves on how to best protect themselves. Millions of people making choices for themselves always do a better job than a small group of government elites.

This tension between a strong government providing security, and individuals seeking opportunity and freedom is a part of the American DNA. We’ve lived with this tension since our founding. However, over the past four years something new has emerged from that divide. Our fellow Americans on the Left are seeking to destroy America. The latest outrage comes from Boston, where they have removed a  statue of Abraham Lincoln from a park. Next they will seek to remove any tribute to George Washington and the rest of our Founding Fathers.  They will not be satisfied until they have remade America into a Marxsist utopia and have removed all vestiges of capitalism and individual liberty.

As we look to the new year, may we resolve to be better citizens. May we stay engaged. May we teach our families to love America. May we run for school board, city council, PTA. Let’s fight for America in small ways where we are. Let us pray for God’s hand in our lives and in protecting our nation.  And let us remember the words of George Washington when he said, “It is the duty of all Nations to acknowledge the providence of Almighty God, to obey His will, to be grateful for His benefits, and humbly to implore His protection and favor.”

If we do these things, I believe we can save our nation from the growing divide that threatens it. 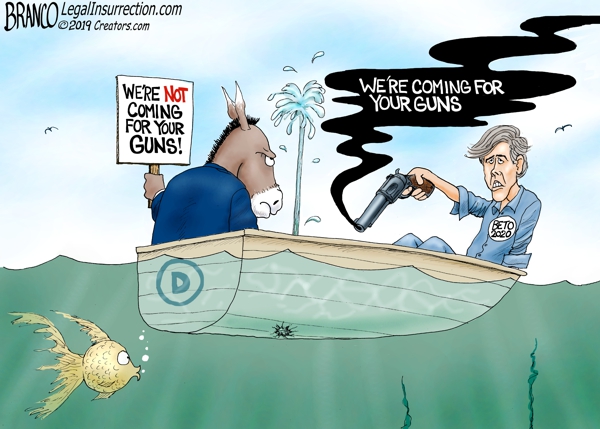 Cartoon of the Day: Going Out With A Bang 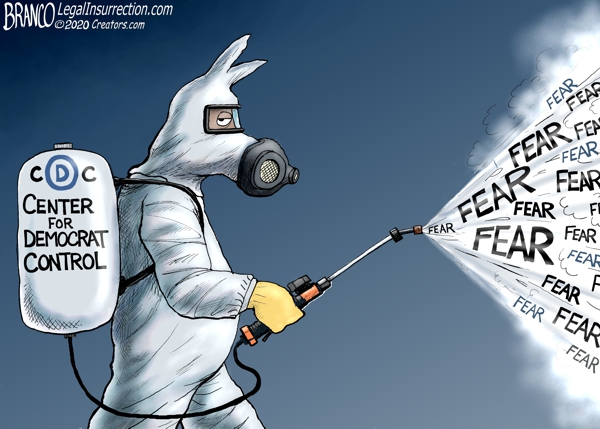 Cartoon of the Day: Nothing But Fear Itself 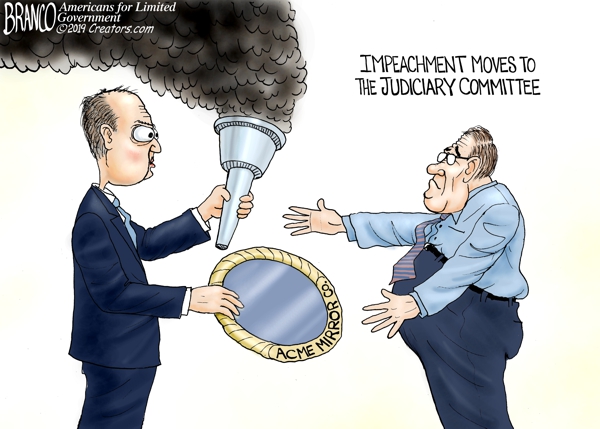