At the same time that Democrats are calling for gun control, it was a local man who shot 26-year-old Devin P. Kelley of New Braunfels, Texas, the suspect who gunned down some two dozen church-goers in Texas.  Criminals will always be able to buy guns as has been proven in Great Britain.

Illegal gun sales are a profitable business for organized crime and like cities and states with high cigarette taxes, they create a huge black market, where criminals can rake in cash.  However, the man who stopped the church shooter could lose his guns as would millions of other honest citizens.

A neighbor of the man who shot the killer spoke to KENS5 News, and described his neighbor’s actions that led to the death of the mass murderer and stopped his rampage.

“Our neighbor, he’s a very good guy, very big christian, he’s the nicest man on the planet, he would do anything for anyone around here,” the witness explained. “We’ve known him for years, he’s childhood friends with my dad.”

“He came with his [gun], and he took cover behind a car and he shot the guy–I’m not sure if it was inside the church as he was coming out–but if it wasn’t for him the guy wouldn’t have stopped,” he said. “And that’s when [the suspect] got in his vehicle and took off, and our friend shot through the window again trying to get him.”

Police were later called to the Wilson/Guadalupe County line.  They found the shooter’s car and found his body inside.  It is not known if the local man’s shot was responsible or whether the shooter shot himself after the encounter, but either way, it was the actions of the neighbor that stopped the deadly gunman.  Hilariously, it was the same Democratic senators who criticized Trump for politicizing the NYC terrorist’s actions that are now using the Texas shooting for political gain.

Police say the shooter, who has been identified as 26-year-old Devin P. Kelley of New Braunfels, Texas, walked inside the church and opened fire just before 11:30 a.m. local time. Kelly killed at least 26 people before an unidentified gun owner forced him to flee by grabbing his own rifle and returning fire, Texas Rangers announced Sunday.

“At approximately 11:20 this morning a suspect was seen at a Valero gas station in Sutherland Springs, Texas,” Police Maj. Freeman Martin told reporters. “He was dressed in all black. That suspect crossed the street to the church, exited his vehicle and began firing at the church.”

What would have happened if the Democrats had their way on guns?  Would that stop any madman who wants to shoot a large number of people?  There are cities that have very tough gun laws.  They include Chicago, New York, Washington DC, Los Angeles, New Orleans, etc., etc., etc.  However, the good guys like the neighbor who shot the church killer could easily have been disarmed allowing the killer to do even more killing.  Let the Democrats explain why that would be better or safer. 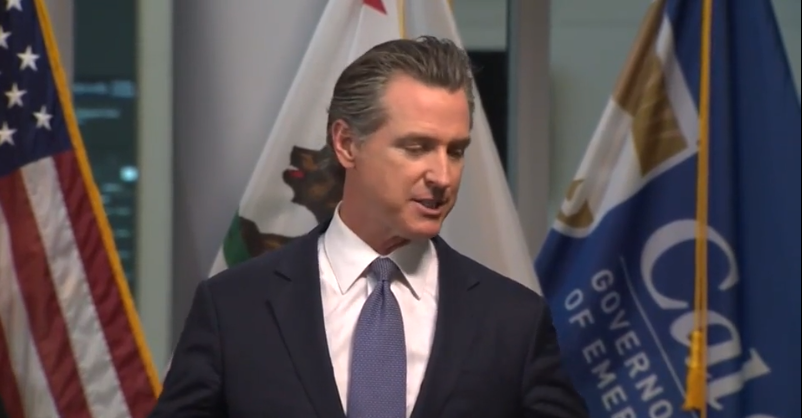 Blatant Liar: Stacey Abrams Says ‘No One Ever Objected To Voter I.D.’ — Here She Is Doing EXACTLY That (Video)