The House passed NDAA 2022 on Tuesday after removing the controversial red flag provision in the original. The vote was 363-70. (Breitbart)

The bill now awaits action in the U.S. Senate, which is expected in coming days. Stay tuned.

Back in September, we reported about the red flag clause in NDAA 2022. The original NDAA 2022 contained “section 529” which authorized military courts to issue orders restraining military personnel from “possessing, receiving, or otherwise accessing a firearm.” Democrats had inserted the clause in an apparent effort to be able to confiscate the firearms of service members. The “standard of review” for red flag laws is much lower than regular court proceedings, which is likely unconstitutional. Dropping the red flag provision into the NDAA would have given a precedent to expand it nationwide, which is why pro-gun groups strenuously opposed it.

The military version of the red flag law proposed by Democrats looks a lot like the civilian version found in more than a dozen states. Without being charged or even accused of a crime, a service member could have their right to possess a firearm taken away from them by a military court, and the subject of the red flag order wouldn’t even have a chance to provide any evidence on their behalf for up to 30 days after the court’s order was issued. The authors of the measure audaciously state that this is “sufficient to protect the respondent’s due process rights,” but I doubt many service members would agree.

As well as the obvious concerns over the constitutionality of this proposal, there are fundamental flaws with the measure itself. Just like with the red flag laws in place in states from California to Connecticut, if a person is found (through a lowered standard of review than what is used in a criminal proceeding) to be a danger to themselves or others by a judge, there’s no actual mental health component to the order removing guns. A supposedly dangerous person can be left with knives, pills, poison, gasoline and matches, and any other tool they might use to take their own life or the lives of others as long as any legally-owned guns are taken away. Every state (and the military as well) already have civil commitment laws on the books, and they’re the most appropriate tool to deal with individuals who are truly in the midst of a mental health crisis.

The final House version removed the red flag clause and inserted a totally different section that pertained to “exemptions and deferments for a possible military draft.” The Senate will now take up the bill, hopefully without taking a wrecking ball to it. 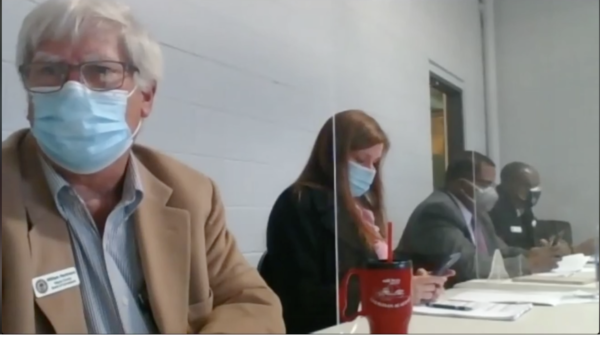 Wayne County GOP Election Canvassers Refused to Certify Election Results: One had to Go Into Hiding

Kamala Harris: The Horror Of Babylon