Fox News is reporting that the conservative House Freedom Caucus has “called on GOP Leader Kevin McCarthy to move to oust Democratic Rep. Nancy Pelosi as House speaker in a longshot effort that reflects the partisan rancor simmering on Capitol Hill.”

“Speaker Pelosi’s tenure is destroying the House of Representatives, and our ability to faithfully represent the people we are here to serve,” the caucus said in a letter to McCarthy dated Friday.

House Freedom Caucus is calling on GOP leader to file and bring up a privileged motion to vacate the chair and end Speaker Pelosi’s authoritarian reign.

The Freedom Caucus also complained that Pelosi’s refusal to allow Republican Congressmen Jim Jordan and Jim Banks to sit on the Select Committee to Investigate January 6, calling it “intolerable.”

This follows Pelosi’s removal of Rep. Marjorie Taylor Green of Georgia from her committees for alleged “past social media postings that endorsed violence against Democrats and conspiracy theories,” Fox News reported.

The House Freedom Caucus is also making headlines for pushing back on Joe Biden for his suggestion that the administration might send people door-to-door in a vaccination effort. Congressman Andy Biggs of Arizona issued a statement to Fox News, calling the idea “a blatant abuse of government authority and a pure power play by the Biden administration.”

“The federal government has no right to track the private health information of Americans or to intimidate people into getting the vaccine,” Biggs told Fox.

Pelosi became infamous for her designer ice cream appearance on The Late Show with James Corden in April 2020 after the coronavirus shutdown.

One viewer commented at YouTube, “This will go down as one of the most out of touch and painfully ignorant videos to ever exist on the internet.”

This is the second time at bat as House speaker for Pelosi, and she appears to be making the most of it, with a Democrat majority, albeit a small one, keeping the gavel in her grasp, at least until 2022. The ice cream interview was dubbed “Dessert Storm” by the New York Post when the public backlash was credited with eroding the majority in the November 2020 election.

In a report, the Post noted, “Progressive groups New Deal Strategies, Justice Democrats, Sunrise Movement and Data for Progress unloaded on Democratic leadership, whom they accused of being out of touch, and predicted Republicans would recapture the House in 2022.”

If that prediction comes true, it will not only be Pelosi’s ice cream at fault, but the continuing leftward tilt of the Democratic party, which many believe is being run by far left extremists such as Rep. Alexandria Ocasio-Cortez. 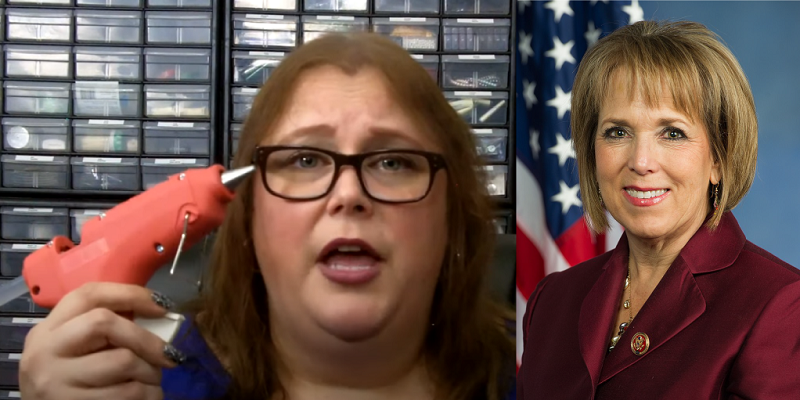